Note: This article has been taken down from the portal on the personal request of the author for unavoidable reasons. 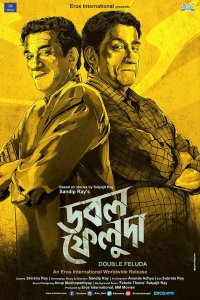 Double Feluda is an upcoming Bengali language crime thriller drama film, based on the Bengali sleuth Feluda, created by the acclaimed and renowned Oscar– winning director Satyajit Ray. Directed by the latter’s son Sandip Ray, the film marks the comeback of both Sabyasachi Chakraborty and Saheb Bhattacharya, with the former returning to the iconic of Feluda and the latter playing his sidekick, Topshe. The film is reportedly said to be released for Christmas, 2016 to mark the 50th anniversary of the iconic creation. After going with Abir Chatterjee as Feluda in Badshahi Angti (2014), Sandip Ray has gone back to Sabyasachi and Eros International has stepped in as the producer. Sirsha Ray is the DOP and Subrata Roy is the editor, the original Feluda theme music by Satyajit Ray has been retained in the film. END_OF_DOCUMENT_TOKEN_TO_BE_REPLACED 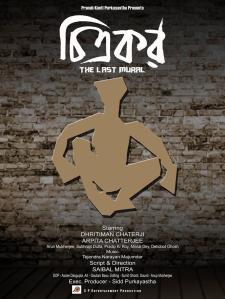 Saibal Mitra‘s Bengali film Chitrokar aka The Last Mural is part of the Indian Panorama section at the ongoing IFFI 2016 at Goa. It is also featuring in the competition section at the prestigious International Film Festival of Kerala which is scheduled from 9-16 December. Produced by Pranab Kanti Purkayastha, written and directed by Saibal Mitra, Chitrokar features Dhritiman Chatterjee and Arpita Chatterjee in the lead along with Arun Mukherjee, Mrinal Dey, Pradip Kumar Ray, Debdoot Ghosh, Subhrajit Dutta etc. The film has music by Pt. Tejendra Narayan Majumdar while Asoke Dasgupta is the DOP and Sumit Ghosh is the editor. END_OF_DOCUMENT_TOKEN_TO_BE_REPLACED 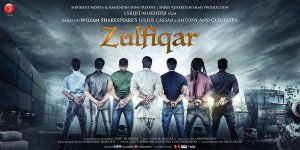 Zulfiqar is a forthcoming Bengali crime drama from Srijit Mukherji which is based on adaptation of two of William Shakespeare’s tragedies: Julius Caesar and Antony and Cleopatra. Produced by Shree Venkatesh Films, the film has a huge ensemble cast comprising of Prosenjit Chatterjee, Dev, Parambrata Chatterjee, Jisshu Sengupta, Ankush Hazra, Koushik Sen, Rahul, Arunoday Banerjee, Kanchan Mullick, Nusrat Jahan, Paoli Dam, Kyra Dutt, June Malia. Soumik Haldar is the DOP while Anindya Chatterjee is the editor. The songs are composed by Anupam Roy while the backgorund score is provided by Indraadip Dasgupta. END_OF_DOCUMENT_TOKEN_TO_BE_REPLACED 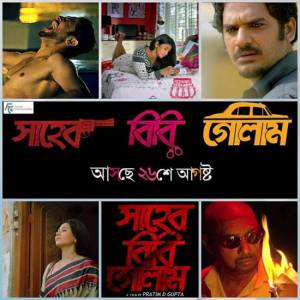 Pratim D.Gupta is a film journalist who turned filmmaker with the Bengali film Paanch Adhyay (2012) and made one of the segments of X: Past is Present,is now ready with his next film Shaheb Bibi Golaam. The film has had a protracted battle with the CBFC and finally got its certification a few weeks ago. Shaheb Bibi Golaam features Anjan Dutt, Swastika Mukherjee, Ritwick Chakraborty and Parno Mitra in the main roles.Produced by Firdausul Hasan and Prabol Mitra, the film has music by Anupam Roy while Gairik Sarkar is the DOP and Sanjib Dutta is the editor. END_OF_DOCUMENT_TOKEN_TO_BE_REPLACED

It is but natural to fall in relationships that seem to appear rosy initially, only to appear as a difficult proposition later on. Yes you do tell yourself that you would try and adjust and expect the same out of the other person as well, but then you end up realizing that it is not all that simple eventually. Have you ever gone through any such relationship or heard or know of someone who has gone through it? Chances of hearing a yes from most people are extremely high and I am sure of the same. Ok here are some questions for us to ponder over-when a relationship seems to have probably reached its end what do we do? How sure are we that we gave it a fair chance to succeed? Are we willing to let go of each other amicably if it comes to that? Most importantly do we actually manage to move on in every way possible once the relationship ceases to exist? END_OF_DOCUMENT_TOKEN_TO_BE_REPLACED

Every now and then I keep wondering how India’s position in the World could have got stronger on various counts, if the partition of 1947 and the war of 1971 had not happened. I know it’s easy to imagine but not all that simple in reality, but can you imagine the prospects if Pakistan, Bangladesh and India were to remain united as one single Nation? Be it in politics, sports, international affairs, commerce and more, we would certainly be looked upon with far more respect by the rest of the World. There’s another strong reason for me to feel so, if not for the political and religious divide that set in post 1947, I strongly believe that there isn’t much of a difference between people on the either side of the border. Artists of Pakistan continue to be popular in India, while Hindi films are enjoying terrific patronage in Pakistan. The cultural synergy between West Bengal and East Bengal i.e Bangladesh is still very much on display, what with the language and love for literature and music remaining intact on either side of the border. END_OF_DOCUMENT_TOKEN_TO_BE_REPLACED 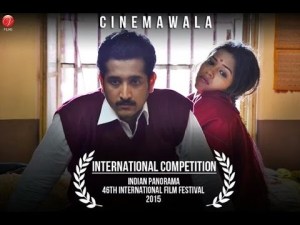 Prolific writer, director and actor Kaushik Ganguly is ready with his latest Bengali film, Cinemawala. After doing the festival rounds the film is now awaiting its theatrical release that’s scheduled from 13th May. Produced by Shree Venkatesh Films, Cinemawala is all about a dying single screen cinema and the clash of ideology between a father (Paran Bandopadhyay) and a son (Parambrata Chatterjee). The music is by Indraadip Dasgupta while Soumik Halder is the DOP and Subhajit Singha is the editor. END_OF_DOCUMENT_TOKEN_TO_BE_REPLACED 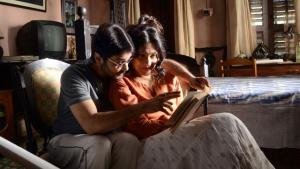 The successful director-duo of Nandita Roy and Shiboprasad Mukherjee made their mark with their very first Bengali movie, Icche (2011) and went on to make 6 more films ever since. Their last film Bela Seshe went on to be critically acclaimed but also a major commercial success as well. Now they are ready with their latest film, Praktan which sees the evergreen jodi of Prosenjit Chatterjee and Rituparna Sengupta coming back together after around 14 years. Produced by Probhat Roy and Windows,the film also features Soumitra Chatterjee, Sabitri Chatterjee, Aparajita Adhya, Biswanath Basu, Manali Dey etc. The music is by Anindya Chatterjee and Anupam Roy while Gopi Bhagat is the DOP and Malay Laha is the editor. END_OF_DOCUMENT_TOKEN_TO_BE_REPLACED