END_OF_DOCUMENT_TOKEN_TO_BE_REPLACED

Actor Ankit Rathi who made a mark with impactful performances in Bollywood films like Fukrey, Singham 2 and 3 Storeys, is all geared up for his next release as the male lead. The film’s teaser and poster garnered great response, putting it on the must watch list in January 2021. Ankit will be seen playing the role of Salman, who is a quintessential Hyderabadi boy, who discovers himself while discovering love. END_OF_DOCUMENT_TOKEN_TO_BE_REPLACED

Like Loading...
The much awaited trailer of the bi-lingual film (Malayalam & Hindi) Moothon is out and with that Melissa Raju Thomas marks her debut in the feature film category.
Directed by Geethu Mohandas, Co-Written and Co- Produced by Anurag Kashkyap, Melissa will be seen alongside celebrated actor Nivin Pauly.
The film has seen its international premiere at Toronto International Film Festival (TIFF) 2019 as one of the four films from India that has been selected as a standout outlier and is slated for its national premiere at the upcoming 20th edition of Mumbai Film Festival (MAMI). 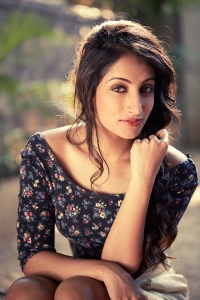 Talking about the trailer release of Moothon, an excited Melissa said, “Now that the trailer is out, I’m feeling the jitters of release. Moothon has a stellar star cast and it is a dream debut for me. I can’t thank Geethu enough for considering me for such a unique role. I don’t think we have seen such a character on Indian screens and by that count it is really unique. It might sound a bit of a cliché as every actor feels attached to his or her character but once you watch the film you will know what I mean. The film has shaped up really well and I have my fingers crossed”.

END_OF_DOCUMENT_TOKEN_TO_BE_REPLACED 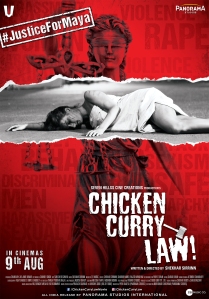 Directed by Shekhar Sirrin, Chicken Curry Law follows the journey of a young girl Maya, a trained belly dancer who comes to India in search of employment but gets brutally raped and left to die. Her quest for justice brings two power house actors Ashutosh Rana and Makrand Deshpande at a court room face off. Directed by Shekhar Sirrin, Chicken Curry law not just dishes out an engaging social drama but raises multiple questions and punches holes in our legal system.

Speaking on the trailer launch, Director Shekhar Sirrin states, “Chicken Curry Law is the outcome of extensive research. We have spoken to and interviewed a myriad mix of professionals- activists, lawyers, psychologists and victims as well. I would say that was the most difficult part of making this film. I wanted an in-depth research before attempting a subject like this. I have been lucky to have Ashustosh and Makrand on board and their nuanced performance brings the story to life.”

He added, “We keep talking about content being the king. This is one film which I can safely say has two key driving forces- research and script. I would urge movie goers to watch the film as I believe there is substantial takeaway for every Indian”. Ashutosh Rana, Nivedita Bhattacharya, Makarand Deshpande, Zakir Hussain, Aman Verma, and Polish actress, Nataliya Janoszek are a part of the stellar star cast.  This film aims to shatter stereotypical assumptions faced by foreign women in India and upholds our cultural tradition of Atithi Devo Bhava. Chicken Curry Law is written and directed by Shekhar Sirrin and will hit the screens on August 9, 2019

We keep plugging short films and movies on this portal, but posts like these mean just a little more to us as we feel a sense of pride in sharing stuff made by one of our very own author.

Chhatrapal, who wrote this brilliant analysis of the Mani Ratnam movie Thalapathi starring Rajinikanth, is all set to come out with a short film and our expectations are high. Well, if you go through Chhatrapal’s analysis, it wouldn’t be unfair to expect something out of the ordinary from him.

The film Ghaath is based in the Naxalite areas of Maharashtra and is about an undercover left-wing ultra who wants to track down a police officer responsible for the death of his brother.

Check out the rough trailer and do let us know what you think about it. END_OF_DOCUMENT_TOKEN_TO_BE_REPLACED 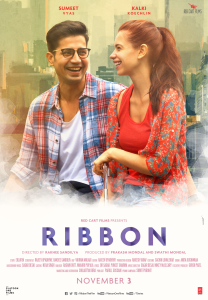 In Rakhee Sandilya‘s directorial debut Ribbon, a young working urban couple is overwhelmed with the birth of a baby girl but they soon realize that parenthood has its own challenges. Based on a story by Ekalavya, the screenplay is written jointly by Rakhee Sandilya and Rajeev Upadhyay (dialogues by Raghav Dutt and Manjiri Pupala), the film features Kalki Koechlin and Sumeet Vyas in the lead. Produced by Prakash Mondal and Swathi Mondal, Ribbon has music by Sagar Desai and Mikey McCleary while Vikram Amladi is the DOP and Rajeev Upadhyay is the editor. END_OF_DOCUMENT_TOKEN_TO_BE_REPLACED 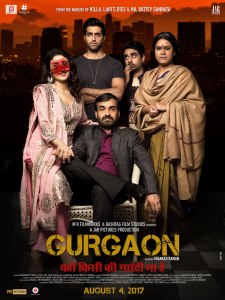 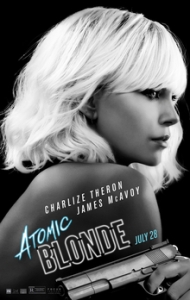 Atomic Blonde is a 2017 American action spy thriller film directed by David Leitch and written by Kurt Johnstad, based on Antony Johnston and Sam Hart‘s 2012 graphic novel The Coldest City, which revolves around a spy who has to find a list of double agents who are being smuggled into the West. The film stars Charlize Theron, James McAvoy, John Goodman, Til Schweiger, Eddie Marsan, Sofia Boutella, and Toby Jones. This will be Leitch’s first solo credit as director, after co-directing John Wick with Chad Stahelski. END_OF_DOCUMENT_TOKEN_TO_BE_REPLACED