Over the past 3-4 years, it seems that a small section of the Kannada Film Industry, inhabited by indie filmmakers is making a serious attempt to shake off the cobwebs that have been gathering for nearly 2 decades. While the audience is assailed with cinematic atrocities in the name of masala in the form of regurgitated formulaic potboilers, and remakes of hits from other Southern industries, we do occasionally come across rare gems, some polished, some not fully, and it reminds us that there may still be hope for Sandalwood if more movies like last year’s smash hit, Rangitaranga, Ulidavaru Kandante, Simple Aagi Ondh Love Story, and this director’s very own Lucia are made more often. But the real question here is, does Pawan Kumar’s sophomore effort live up to expectations? 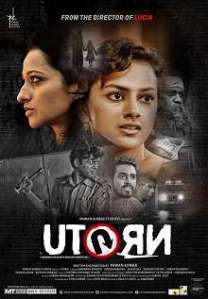 Rachana (Shraddha Srinath) is a techie turned journalist, interning at the New Indian Express and living life like any other young urbanite in Bangalore. While she’s not too busy working on stories in the hope of landing a permanent job at the paper, she is either fending off her mother’s attempts to get her married off, or busy nursing a crush on the paper’s crime reporter, Aditya (Dilip Raj). Her attempts at following up on a story related to traffic safety on one of the city’s busiest flyovers ends up getting her arrested by the police and investigated by a young cop, Nayak (Roger Narayan) as she finds herself accused of murder. How Rachana manages to get down to the root of these killings with the help of Nayak and Aditya is how the rest of the story pans out.

Compared to his debut film, Lucia, U Turn follows a more straightforward story path, with no secondary or parallel tracks. Pawan Kumar keeps proceedings relatively simple, but the story and screenplay, both by him, are absolutely taut and almost devoid of any plot holes. The movie starts off by giving us a glimpse into Rachana’s life and the people in it, and it helps in setting a solid base for when the story really hits high gear. There’s hardly a dull moment even though the climactic portions end up requiring some serious suspension of disbelief. The screenplay and the cinematography by Satya Hegde, Advaith Gurmurthy, Siddhartha Nuni capture the chaos of Bangalore quite perfectly (A special mention must be made of the lockup sequence in the 2nd half), and the editing is seamless, and doesn’t feel rushed at all. 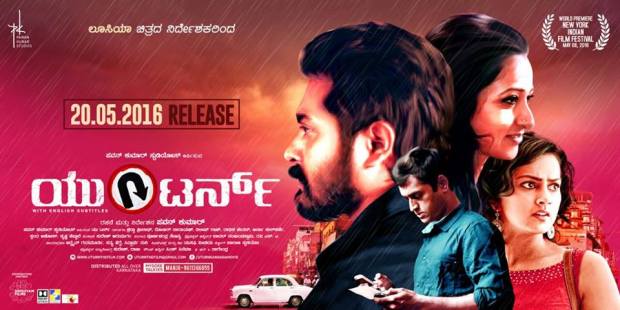 Coming to the performances, Shraddha Srinath makes a confident debut, and at no point does it seem that it’s her first time on screen. Her background in theatre and her very expressive face make sure that she can be earmarked as a performer to watch. Dilip Raj is suitably laidback as the crime reporter reciprocating Rachana’s interest, and does his bit quite well. Radhika Chetan returns to the screen after Rangitaranga, and is luminous as always, although her performance borders on hamming in a couple of sequences. Roger Narayan however is fantastic as the dedicated cop, and portrays the sincerity of his character perfectly.

Overall, a nicely done urban thriller by Pawan Kumar, although a few may find the climax a tad jarring. But that should not take away from the fact that the movie keeps you on the edge of your seat throughout.