Sometimes a film comes with such a huge build up that you are under pressure to like it, irrespective. From celebrated director Alejandro Inarritu and starring Leonardo DiCaprio who is finally pegged to break his Oscar jinx, the film has been nearly universally acclaimed. Add to that the pedigree of being the most nominated film of the year. So when I found myself not completely hooked to the film, I forced myself to concentrate harder. And the more attention to detail I paid, the more flaws I seemed to see.

That is not to say that the film isn’t without merit. It certainly has its glorious moments, but more on them later. The Revenant is the story of a fur trapper named Hugh Glass who gets mauled by a bear on an expedition. Badly injured, he is left for the dead by his colleagues who are supposed to take care of him. Also there are Red Indians all around who shoot arrows first and talk later. Surmounting innumerable difficulties Glass makes his way back thus becoming the revenant of the title.

The filmmakers have taken several liberties with the original story. While that is to be expected of any film based on real life, the gaps here are filled by cinematic staples. For instance, Glass has visions of his deceased wife and son in an obvious attempt to bring emotional depth as his is the only character with a family. Competing French pelt hunters are portrayed as one dimensionally greedy. In the never ending jungle, characters keep running into each other as if they were operating in a boxing ring. There are many more such tweaks which I cannot reveal without giving away spoilers. While they do make for a coherent story, its also lazy scriptwriting. 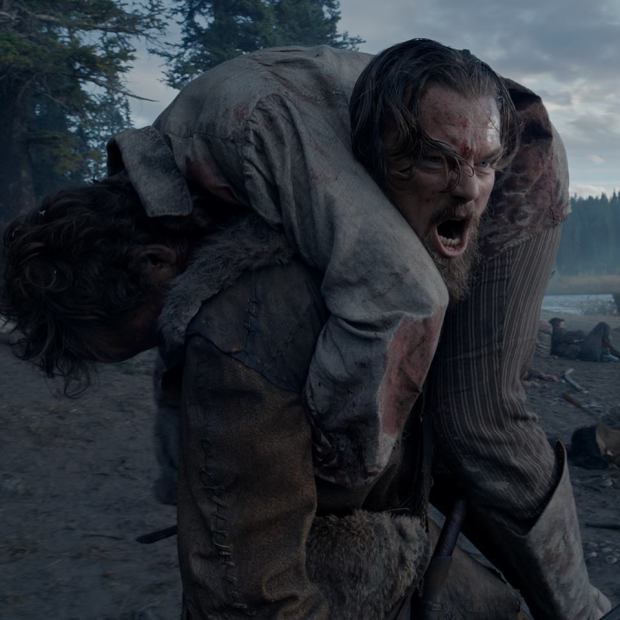 What works for The Revenant are a few key scenes that have been imaginatively constructed and leave a powerful impact. Take the opening scene where the hunting party is taken unawares by a posse of Indians. The audience is equally taken by surprise. Or the scene where Glass is carried away by a river in its full fury. Guaranteed to make you sit up in your seat. And then there’s the most talked about bear-mauling scene. No doubt it’s special effects at work but it seamlessly comes together to make an astonishing spectacle. There must be six or seven such instances which will make forget you are breathing for a while.

Most of the film has been shot in natural light bringing alive the cold wilderness of northern USA. Won’t be surprised if cinematographer Emmanuel Lubezki completes his hatrick of Oscar wins this year (after Gravity and Birdman). Yet there’s one trick which Lubezki / Inarritu overuse, diluting its impact; when the camera starts with a close up of a character and then pans away and re-focuses to a landscape shot revealing something that the audience does not know exists in the environs to begin with. Like Lubezki’s work with Birdman, it draws attention to itself. Also with furtherance of technology, nothing is left to the imagination when it comes to depiction of gore on screen. Be it a knife stabbing the human flesh, the disembowelment of an animal or cauterizing a wound, the camera refuses to look away. Gore is here to stay. Viewers will just have to get used to it.

Both Leonardo as Hugh Glass and Tom Hardy as his nemesis turn in strong performances. In a role that is both physically demanding and emotionally draining in equal measure, Leo does very well from start to finish. The Oscar nomination is well deserved. Though I hope he isn’t awarded simply for being the perennial bridesmaid.

If thrills are all you seek from a movie, this may just be your ticket. But if you also demand a movie that will engage you in between too, be prepared to be disappointed. For when it isn’t magnificent, it’s boring.

View all posts by ghiadevang