The world out there is a mad sprint. Everyone is running. Running to prove a point, to get the numbers, to make money, to impress, to get to the goals. And in the process, quite a few fail to keep up the pace. Ironically, those who lose out in this sprint are advised to make peace with it – and that’s another mad sprint in itself. 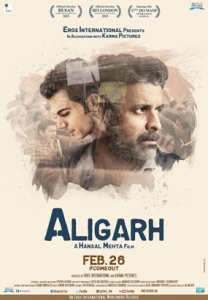 Therefore, it is quite brave of Hansal Mehta, the national award-winning director of Shahid, to virtually squeeze pace out of his latest biographical drama, Aligarh. The film stays true to its small town namesake and unravels unhurriedly, almost as if it does not care about the madness and the sprint. And it is not just sleepiness of the place ‘Aligarh’ but also the chronicles of Aligarh University Professor Shrinivas Ramchandra Siras that transports the film into a world that seems rather unreal in today’s times.

Professor Siras is fond of his whisky and the rickety music player. He still relies on good old cassettes – Lata Mangeshkar being his overwhelming favorite. Living alone in a university accommodation that is dimly lit and modestly built, Professor Siras is devoid of any modern day trappings. Unassuming, nonchalant and most importantly non-intrusive in the affairs of his neighbors and colleagues. And, the professor is also a homosexual. But, he does not like the word ‘gay’. He does not like being categorized in a 3-letter word, he doesn’t want any identity, he doesn’t want to assert; he simply wants to be left alone. In his own words, he is the man who likes the pauses and the silences. Both in poetry and in life. 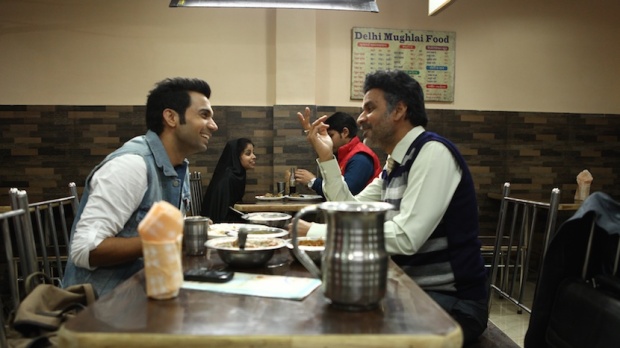 Manoj Bajpayee comes up with a poignant portrayal of the Aligarh professor. The shabby suit he wears, the gentle demeanor, the chaste Marathi accent, the greying hair – they are all very real and melancholic. In one of the most moving scenes in the film, Bajpayee quietly sheds a tear or two while sipping his drink and listening to an old Lata Mangeshkar favorite. The pathos in his eyes sets the tone for the film’s brilliant portrayal of solitude. It is one of the finest performances by an actor who, I always believed, is terribly underrated. Somehow, in the times of the Irrfans and Nawazuddins, the cine world has not done justice to the talent of Manoj Bajpayee. Hmph.

Bajpayee is ably supported by Rajkummar Rao who plays Deepu Sebastian, a Delhi-based newbie reporter who shares a special bond with the professor. Deepu has his own little issues to deal with in the PG accommodation he lives in. This is the film’s only humorous track where the land ladies give Deepu some tough time for not switching on the ‘motor’. Rajkummar makes the character of Deepu very believable and comes up with a very natural performance.

Apart from the performances, Aligarh is also hugely aided by some nuanced writing. Manoj Bajpayee speaks little, but whenever he does, his words leave behind a deep impact. More than the spoken words, the film is also about the silences and the camera by Satya Rai Nagpaul captures this essence beautifully. The milieu of Aligarh is brought alive, the city becoming a character in the film itself. 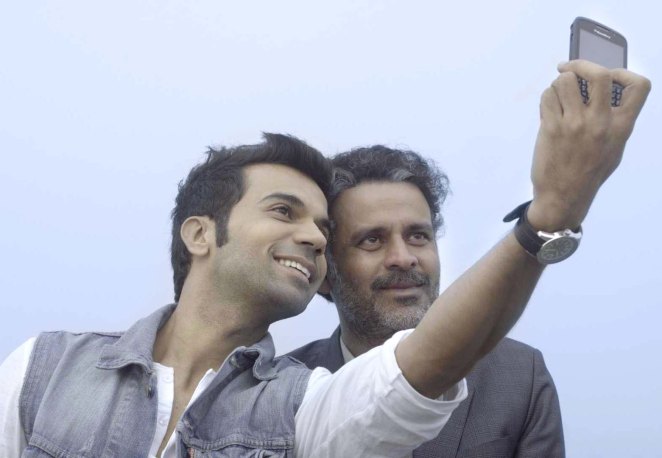 I will not say much on how ‘sensitively’ the film portrays the plight of homosexuals in India because the film’s characters and treatment are beyond the labels and stereotyping that Bollywood is so prone to do. Professor Siras happens to be gay and it’s no big deal in the film. The big deal, however, is a person’s right to privacy and right to lead a peaceful, uninterrupted life. It is this layered treatment of the film which makes it a winner. It never asks for your ‘sympathy’ for the homosexual community. It just leaves you thinking and aghast about how the society ostracized a well-meaning, gentle and learned professor.

The fine performances and nuanced writing apart, Aligarh does get a tad too slow at places. The intermission comes abruptly and there are times when the sluggish pace of the film gets overwhelming. But, it is only understandable that a film that is practically about loneliness will have long moments of stillness and discomfort. Moreover, the court proceedings in the film do not come across as very impactful. Clearly, we do not expect a ‘Tareekh Pe Tareekh’ encore here, but the arguments put forward by the lawyers in the court could have perhaps been tighter. There could have been some sense of urgency in how a few people tried to get justice for Professor Siras. It all looks a little tired in the film. But these minor setbacks aside, Aligarh chugs along quietly and, in the end, impressively. Thanks to a superlative lead actor, a fine support cast, deft direction and some fine writing.

Watch Aligarh because it is an important film. There is no in-your-face social messaging here, just a subtle nudge to the society, its morals and how it treats those who are lonely, non-combative and non-conforming to the set ‘norms’. Not just for homosexuals, the film also stands for the ‘bachelors’ who are treated as aliens in ‘family only’ colonies and apartments. The film stands for right to live and let live. A very basic and simple ask that our society somehow finds hard to fulfill.