Written and directed by Muhammed Musthafa

Continuing the golden run in recent years, Malayalam movie industry dived into 2020 with a bang!  Right up in January the thriller Anjaam Pathira took the box-office by storm, and the next month saw the arrival of the widely appreciated Ayyapanum Koshiyum. And in the month of March, a small little film titled Kappela quietly came to the big screens and instantly impressed audiences. It was unfortunate though that the movie did not get its due cause of the immediate lockdown measures put in place.

Kappela (meaning Chapel) is a neatly packaged movie from actor Muhammed Musthafa who is making his directorial debut with this venture. Musthafa, who over a decade has become a familiar face in Malayalam movies shows that he has some tricks up his sleeve when it comes to writing as well. Because his sharp and creative screenplay is what works for this, otherwise simple looking film.

Much of the credit goes to the smart casting and leading from the front is Anna Ben. This actress after the highly impressive roles in Kumbalangi Nights and Helen, once again charms literally carrying the entire movie on her petite shoulders.  In Kappela, she plays Jessy, a a simple naive girl from an orthodox Christian, residing in a high range village in Wayanad, Kerala. Having flunked her exams, she really haven’t any high ambitions set for herself in life, and goes about her routine life, with rather modest desires. Like something as simple as a visit to a beach.

Jessy’s life gets interesting when she ends up dialing a wrong number one day. The voice at the other end belongs to a Vishnu (Roshan Mathews), an autorickshaw driver.  Soon it leads to more calls between the two, and before you know it, a romantic relationship brews between the duo over these regular phone calls.

The two decide eventually to meet each other in the city of Kozhikode. But what should have been a simple rendezvous gets complicated when in walks a third character, Roy (Sreenath Bhasi) into the equation and the lives of this couple will never remain the same. 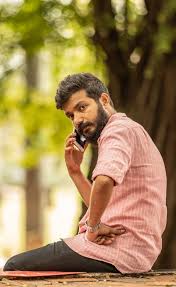 Telling anything more would be spoilers because the strength is in the screenplay taking you places which you do not expect it to and Musthafa the writer makes the job easy for the director in him. He shows how an ordinary tale can be spun to effective results, without going all flashy or in-your-face. It also holds back from being preachy or taking any moralistic high stand when it comes to dealing with its characters and situations. For a minute, you would even think this is going the way of last year’s Shane Nigam starrer Ishq and we are going to get yet another round of the clash of male egos.

Sreenath Bhasi and Roshan Mathews does a good job in their respective roles, going at each other’s throats. Having to walk on this fine thin line of characterization, the two pulls it off with aplomb. But as mentioned the real heart and soul is Anna Ben and she emerges extremely confident in her craft, adding this one too as yet another feather to her short but impressive filmography. She gives the needed relatability to the character of Jessy, grounding her in earnestness. Able support also comes from the rest of the cast that includes Sudhi Koppa, James Elia, Nisha Sarang and Tanvi Ram.

With a refreshing take that toys with one’s perspectives, Kapella is another small yet impressive work that once again shows that the Malayalam industry is indeed in promising hands. And this gives us a prime example, how boundaries of storytelling are constantly being pushed despite all the seeming limitations.