The makers of Chhota Bheem have just released Chhota Bheem Himalayan Adventure and the animated characters and their antics continue to be loved immensely by kids. If the film would have starred Bollywood celebs, we feel the following actors would have done full justice to the epic characters: 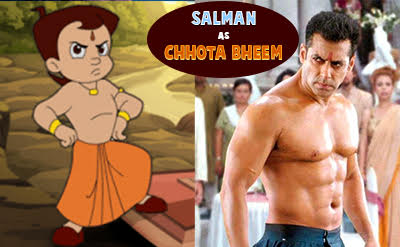 Chhota Bheem : We feel that Bollywood’s Bhaijaan Salman Khan will be the apt choice to play the role of Chhota Bheem, thanks to his drool-worthy muscles and philanthropic ways. Salman is a mastikhor with a heart of gold just like Chhota Bheem and his Dabangg persona will make the enemies run away.

Chutki : We feel that the current reigning queen of Bollywood, Deepika Padukone will be perfect to play the role of Chutki as she has the right amount of spunk and her dimples make her look as cute as the female protagonist of the popular cartoon series. 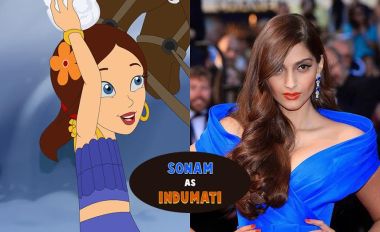 Indumati : Indumati is the princess of Dholkapur and we believe that Bollywood’s quintessential fashionista Sonam Kapoor, who played a royalty in her last release Prem Ratan Dhan Payo, will be the perfect choice for the role.

Dholu-Bholu : Kalia’s chelas Dholu-Bholu never fail to tickle our funny bone with their silly antics. We believe that the two on-screen brothers – Ramesh and Suresh, who feature in the ad series of a popular chocolate brand, will be able to pull of the role easily. 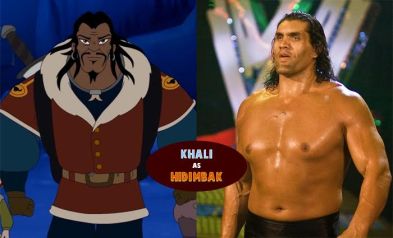 Hidimbak: As the antagonist of the upcoming film Chhota Bheem Himalayan Adventure is the powerful Hidimbak, we think that given his gigantic physique and ability to cake walk through fights, WWE champ Khali will be able to play the role with utmost ease. 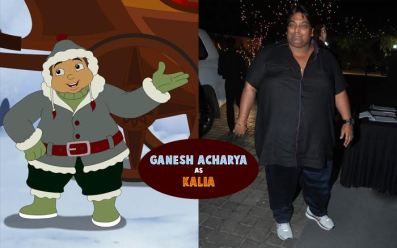 Kalia : With his quirky humour and evil demeanour, Ganesh Acharya can step into bully Kalia’s shoes quite comfortably.
Produced by Rajiv Chilaka and Samir Jain under their banner Green Gold Pictures, the film has been directed by Rajiv Chilaka and Rusauro B. Adorable and is currently playing in theatres across India.