We all must be aware that in terms of filmmaking, ‘Path-Breaking’ is an adjective used for films which in a way opens up a different genre/style/theme or redefines a previously known genre/style/theme. In case of Marathi cinema, ‘Path-Breaking’ could be a title used to honor films that broke the mould of conventional ‘Marathi’ genres/styles/themes & while doing so also succeeded in overall aspects, expected from a good film. Comedy & family drama have always been the most conventional genre in Marathi, not to forget ‘melodrama’! There are people who have recently recognized Marathi cinema & have also coined the term ‘The Marathi New Wave’ which includes any random popular Marathi film (like Natsamrat or Katyar..) of recent times. Is the ‘Wave’ really there? Even if it’s there, is it even averagely substantial? Well, let’s examine it!

Sujay Dahake impressed everyone with his debut film Shala; his second film Ajoba was path breaking in its content. He is now back with his third film titled Phuntroo. END_OF_DOCUMENT_TOKEN_TO_BE_REPLACED

Happy 2015, it seems the world is still the same as we have people who want to ban films and books and in some cases kill cartoonists. It has been a great journey since the start of this portal,we have completed three years in 2014 and are still going strong. Thanks for your support and for reading our posts. In 2015 we hope to have even more better posts and continue our discussions on cinema across the world. For now we present you some of the best loved articles of 2014 which you people enjoyed.
END_OF_DOCUMENT_TOKEN_TO_BE_REPLACED

Ajoba released during this summer, since then I have been going gaga about this film. You can read my interview with Sujay here and my review of the film here. Sujay had promised to share the screenplay of this film with me and now as promised he has shared the screenplay with us. I hope it would be an inspiration for lot of aspiring filmmakers among us. I can say with a lot of pride that probably this is the first Marathi film whose screenplay will be available to public. Lets hope that in future many more filmmakers share their screenplay among film lovers.
You can check out the script of Ajoba below. END_OF_DOCUMENT_TOKEN_TO_BE_REPLACED

Pyaar Vali Love story is set in 1992, informs the title card of the film. Though the film is set in Bombay, you never find Bombay in the film. So we have two chawls, one in which we have Hindus staying and the other Chawl in which Muslims stay, but the bond between these two chawls is of love and brotherhood. They watch cricket together, beat up Hindu Right wingers together etc. We have Pashya (Sameer DharamAdhikari) and terribly miscast Kader (Upendra Limaye) who are like Dharam Veer. Enter Amar (Swapnil Joshi) the younger brother of Pashya who falls in love with Aaliya (Sai Tamhankar). The rest of the film is about how these two lovers unite. END_OF_DOCUMENT_TOKEN_TO_BE_REPLACED

Last Friday I had watched Ajoba, and reviewed the film here, do watch it if you haven’t till now. Impressed by the film, I spoke to the soft spoken director Sujay Dahake over phone about Ajoba, his style of film making, quality of film reviewers, his influences and more such stuff. Here’s an excerpt from the conversation.

I was reading newspaper stories about how every week a leopard was coming into the city. My brother is a wildlife biologist; he was the one who spotted the potential of this story even before me. There was ignorance about leopard, if you ask people in Borivili, they would say leopard is a man eater, this issue was serious, we cannot wish that by ignoring this we can solve this issue. Then I met Vidya Athreya who shared her experiences, and while she was sharing her experiences, I felt it had lot of drama, that’s when I decided to make this film. As a film maker it was interesting for me, also the subject was so relevant for our future. END_OF_DOCUMENT_TOKEN_TO_BE_REPLACED

Shaala is one of my favourite Indian films; I feel it is in the league of Ray’s films. Sujay Dahake‘s Ajoba released yesterday, and I must say it is a brilliant follow up to his debut film Shaala.I would even go so far to say that he has outperformed himself and proved that he is one director we have to watch out for.

Ajoba which means grandfather in Marathi is based on a real life story of India’s first collared leopard Ajoba and noted ecologist Vidya Athreya.  I think it would be easy to term this film as based on Human-Animal conflict, but it would be our laziness to term it as such. It is much more than this; it is about our nature and our relationship with nature. END_OF_DOCUMENT_TOKEN_TO_BE_REPLACED

The film tells the true story of a leopard who made an amazing journey from Malshej Ghat to Mumbai and the same was mapped with a radio transmitter strapped around the neck of the leopard. END_OF_DOCUMENT_TOKEN_TO_BE_REPLACED 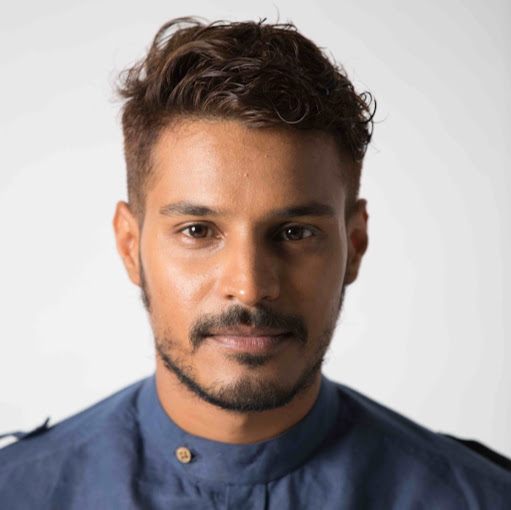 Sujay Dahake has impressed one and all with his debut marathi film ‘Shala‘. Anybody who has watched the film would definitely say that he is a talent to watch out for. So we thought of interviewing him over an email to get to now more about him and the film as well. Here is the interview : END_OF_DOCUMENT_TOKEN_TO_BE_REPLACED