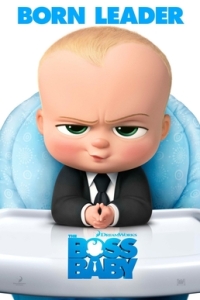 The Boss Baby is a forthcoming American 3D computer-animated comedy film loosely based on the 2010 picture book of the same name written and illustrated by Marla Frazee. Produced by DreamWorks Animation, the film is being directed by Tom McGrath and written by Michael McCullers. It stars Alec Baldwin, Steve Buscemi, Jimmy Kimmel and Lisa Kudrow, and is narrated by Tobey Maguire. The Boss Baby is scheduled to be released on March 31, 2017. END_OF_DOCUMENT_TOKEN_TO_BE_REPLACED

Pixar studios have always been the name in the industry to watch out for. They single-handedly revolutionized the animation industry. And yet, for all the awesome computer generated imagery they put up on-screen, they also showed that the team behind it is, after all, human thanks to the last few disappointments.

After providing modern-day classics one after another, Pixar did slip up with the Cars franchise and then their last attempt, Brave was also largely a hit and miss affair. Not only did it give the other studios a chance to make a mark, but it also forced Pixar to work around their already established titles instead of brainstorming for more original ones. I mean, besides this Monster prequel, we also got Planes  – a Cars spin-off, and a Finding Dory slated for  2015. That really got people talking and worried. END_OF_DOCUMENT_TOKEN_TO_BE_REPLACED

Once Upon a Time in Tarantino occupied Cinema

Chapter. I : Story and Screenplay

Quentin Tarantino manages to keep a fine balance between being commercial and at the same not following your cliched plots and being able to come up with something fresh & crunchy every time. His filmography ranges from all types of different subjects and plots be it Resevoir Dogs (crime, mystery), Pulp Fiction (crime, thriller) Kill-Bill (action) Jackie Brown (crime, drama) Inglourious Basterds (war, adventure) yet doesn’t matter how different the subject is, you can always make out that its a Tarantino film, such is the stamp of the man on his films. END_OF_DOCUMENT_TOKEN_TO_BE_REPLACED