It starts with a rousing monologue. The revolutionary soliloquy leaves no space for ambiguity as far as the ideology of the filmmaker is concerned. But yet, it contains enough to indicate that he is also capable of unbiased introspection.

END_OF_DOCUMENT_TOKEN_TO_BE_REPLACED 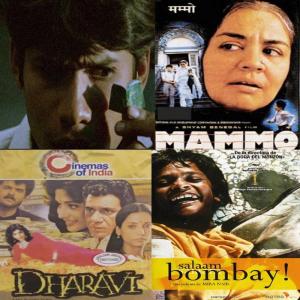 As part of the 360-degree initiative, NFDC collaborates with 92.7 Big FM for a weekly radio show named, ‘Film Aaj Kal’ on Cinema Education and Awareness program which has the filmmakers discussing about the classics, bringing these films back to the fore. END_OF_DOCUMENT_TOKEN_TO_BE_REPLACED

Given the Ministry of Information and Broadcasting’s (I&B) crucial and effective role in the development of the film sector in India, especially the International Film Festival of India (IFFI), the Film in India initiative of the Film facilitation Office (FFO), the National Film Development Corporation’s (NFDC) Film Bazaar, the NFDC tied up with Marco Muller – Artistic Director,  Pingyao International Film Festival, to introduce these initiatives to acclaimed international filmmakers and representatives of various National Bodies from Countries that have an international co-production with India. END_OF_DOCUMENT_TOKEN_TO_BE_REPLACED 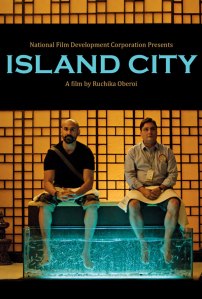 Island City is a forthcoming Hindi film that’s written and directed by Ruchika Oberoi. After a successful festival circuit where it even fetched Ruchika Oberoi the FEDORA prize for the Best Young Director.at the 72nd Venice International Film Festival, it is now releasing in India on 2nd September thanks to Drishyam Films. Produced by NFDC, the film has music by Sagar Desai while Sylvester Fonseca is the DOP and Hemanti Sarkar is the editor. END_OF_DOCUMENT_TOKEN_TO_BE_REPLACED

Satyajit Ray has always faced the accusation of ignoring political realities in his films. Ray may never have been a left card carrying member, but his movies always have focused on how human lives are impacted due to the larger context of politics right from Apu to his last film Agantuk.

Ray does not waste time in establishing the urgency, the first scene shows a doctor being concerned with the spread of a waterborne disease which he feels is due to contamination. Then in the next few minutes he establishes the major characters of the film in the living room of the doctor. END_OF_DOCUMENT_TOKEN_TO_BE_REPLACED

Sanjay Suri is an Indian actor and producer from Bollywood. He made his acting debut in 1999 with Pyaar Mein Kabhi Kabhi and turned producer with Onir’s “My Brother Nikhil” (2005). Onir and Sanjay are the co-founders of the film production company, Anticlock Films, which has produced Bikash Ranjan Mishra’s much acclaimed film ‘Chauranga’ in international festivals. The film sees the light of day on 08 January, 2016, and here’s an excerpt of a small rendezvous with Sanjay – who is not only the producer but has also played one of the major characters in the film. END_OF_DOCUMENT_TOKEN_TO_BE_REPLACED

NFDC Film Bazaar 2015 announces the final selected projects for its main segment, the Co-production Market held between 20 – 24 November in Goa.

This year, 19 projects have been selected to participate in the Market, including one invited project from IFP (Independent  Filmmaker Project).

The Market has gained added leverage in 2015 with the introduction of Open Pitch where selected filmmakers will be pitching their projects to a curated audience of national and international producers, financiers and sales agents.  END_OF_DOCUMENT_TOKEN_TO_BE_REPLACED