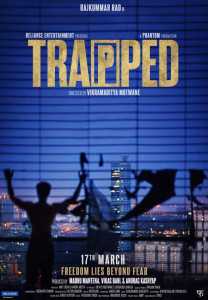 Trapped is a forthcoming film directed by Vikramaditya Motwane, the maker of Udaan (2010) and Lootera (2013).  Produced by Phantom Films, the film, a survival thriller, stars Rajkummar Rao, whose character is shut in a Mumbai apartment for 25 days. It was shot in less than a month in Mumbai in 2016. Written by Amit Joshi & Hardik Mehta, Trapped has music by Alokananda Dasgupta, while Siddharth Diwan is the DOP and Nitin Baid is the editor. END_OF_DOCUMENT_TOKEN_TO_BE_REPLACED

Finally the wait is over as Anurag Kashyap’s Ugly is going to be released on 26th of December. Considering that the release was announced with just 2 weeks in hand, this is a brave move indeed on behalf of Anurag and the producers and it would be interesting to wait and watch for the result. END_OF_DOCUMENT_TOKEN_TO_BE_REPLACED

nurag Kashyap is one writer-director who never tires down. After last year’s Gangs of Wasseypur 1 & 2 he is now ready with his next film, Ugly (of course earlier this year he was also part of Bombay Talkies). END_OF_DOCUMENT_TOKEN_TO_BE_REPLACED