Championing the voice of horror films, the Sixth Sense Horror Film Festival has given a call for entries to submit short films latest by 15th April 2017to http://sixthsensehorrorfest.com/submission. The duration of the film should not be more than 15 minutes and can be submitted in any format. The subject must be presenting horror /thriller/slasher/sci fi genre only and all the submissions should be English subtitled. The films can be submitted online or offline. END_OF_DOCUMENT_TOKEN_TO_BE_REPLACED

There’s never been a better time to be a horror buff than now.  Jio MAMI Mumbai Film Festival with Star, in its 18th edition, is gearing up to startle its delegates by presenting them with night line ups of spooky horror movies in its week-long event. END_OF_DOCUMENT_TOKEN_TO_BE_REPLACED

As most of you know I have a healthy aversion to horror films. I am the kind of person who get scared easily, and it takes me 3-4 days to recover after a horror film. I have been hearing a lot about Sinister for the past 2 years, but could not gather courage to watch it. Finally I watched it this weekend; I must say it was a good decision. END_OF_DOCUMENT_TOKEN_TO_BE_REPLACED

This blog is basically me rambling on about good, bad and scary bits about horror. It is one of the very few genres that can be as clichéd as it wants, yet if done right nobody cares about the clichés. The base to create a horror film is not tricky, rest everything is. The first act let’s you get away with lot of things that other genres won’t. You can play around with pace and timing, you can create scenes with nothing in it yet make it engaging. However, it will fizz out if you can’t get it to rise above that initial set-up. There are huge varieties within it, from your atmospheric ghost films (Omen, Exorcist, The Conjuring), creature features (Zombie movies, The Thing, Anaconda) to pure shock & awe gore fest (Hostel, Wrong Turn) characters based (The Shining, Friday The 13th, A Nightmare on Elm Street). Of course the preference varies for every person but people live to be scared and they want to be scared. The biggest challenge is not to scare people, it is to scare them throughout which makes it a dicey genre to handle.

Horror has evolved over the years in terms of themes. There are your Asian films which broaden the horizon and then there are your rare out of box films like Final Destination (Just the Original), The Cabin In The Woods, It Follows. However, it has not evolved as you had expect it to considering how long it has been, which is one of the reasons that we hardly see a big director or a prolific writer entering the horror genre. Most of them are still old school style (Mama, Insidious, The Women In Black, Sinister). And since old school subtle changes don’t always work throughout, redoing something over and over again is going to wear it out and that’s where the film lacks novelty. Many of the above
mentioned films (Mama, Insidious, The Women In Black, Sinister) suffer majorly in the final act thus making it an okay watch, when you’re done with them rather than something that holds you in rapt attention. Consistency is the catch here, however most of them have dropped it. What makes horror such a tight rope is you have to constantly keep the scares going without repeating the tropes more than once and yet keep something monstrous in the final act, otherwise the audience will eventually lose interest. The plot is old fashioned in most of the movies consisting of demons, dead people, spirits, so that is always out of the way and not something that surprises you. So the makers have to work around with interesting characters and creative scares. What all these movies have done well is creating a brilliant premise, amazing locales, haunting score and good performances. But where it lacks is in creating inventive scares that the Omen gives or an The Shining presents you with. Lack of surprises in horror is causing this which is the exact reason why The Cabin In The Woods was a breath of fresh ghost. 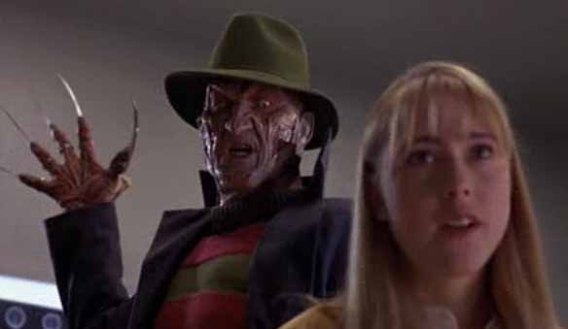 While on the other end of the spectrum you have a Hostel depending on the gore to score a goal. Hostel though stands out in this gore pool of horror mimics like Wrong Turn & utterly disguising The Human Centipede, because of the concept and how till the very end had something to offer in terms of twist and not just flesh and blood, it had enough venom to go for the kill, and that exactly what The Hills Have Eyes, Wrong Turn lack. Gore with good dose of twist and hint of story is a brilliant tool for horror Saw (Original, again). But, too much gore makes it a tedious-yucky-uninteresting-boring affair with nothing much to look forward to unless you are writing a encyclopedia on how to kill people creatively. As weird as it might sound people love watching this gore fest just to show how bad-ass they are and that they can sit through a movie with that much gore. But, isn’t that just boring and gross?

The best ones are the ones which plays with your mind and for that to come through it has to be combination of good writing, direction and editing. It’s incredible how some of the scariest scenes are the real simple ones, or so it seems and that’s the beauty of horror. You can do everything with nothing and nothing with everything. One movie that scared me is A Clockwork Orange[1971] it isn’t even your traditional horror but the whole psychological impact that it leaves is done with such perfection from the brilliantly twisted mind of Stanley Kubrick, it will scare you than most scary films. And that’s the genre we need to dwell into for a more wider horizon of horrors, not that it has not been attempted before, but psychological thrillers if done right can be really scary. Pacing is very crucial is well. It becomes very tricky when it comes to pacing for horror, with action/thrillers it has to be fast & zappy but with horror it is very difficult to judge the pace right, you can’t breeze through every scene and you can’t slow it down too much. Ever been on a thrill ride on a amusement park? The pacing of a horror film is quite similar to that. It has a slow beginning with the thrill in the middle, giving you a false sense of relief before unleashing the endgame and scaring the living lights out of you.

CGI to a certain extent has effected horror and not in a good way. We are so hell bent on making everything look pretty but look at old school, horror should disgust you, make you uncomfortable sort of scar you, that’s what John Carpenter, Wes Craven did with their movies. They created brilliant canvases that were hauntingly beautiful and real but not glossy or perfect in any sense of the way. Look at Halloween or The Thing, just the empty canvas will tell you something is wrong. The perfect example would be comparing the A Nightmare on Elm Street original with the remake. The remake fails at every level and a huge chunk of the blame must go to CGI, all things considered.

Horror needs a shot in the arm by some top-notch writer or director to draw a whole new blueprint and give a new direction to horror rather than just belting out stuff like Annabelle and Jessabelle. It is just more of the same stuff with different wrapping. Horror is one genre where no one gives a dime about who the writer, director, actors, producers are in most cases. They just want to be scared. And it’s high time that they are.

The combination of director James Wan and writer Leigh Whannell was responsible for the successful horror/supernatural film Insidious (2011). Now they reunite with the original cast of Patrick Wilson, Rose Byrne, Lin Shaye, Barbara Hershey and Ty Simpkins in INSIDIOUS: CHAPTER 2, the terrifying sequel to the acclaimed horror film. END_OF_DOCUMENT_TOKEN_TO_BE_REPLACED

Oren Peli the creator of the Paranormal Activity series returns with his latest film, Chernobyl Diaries. Directed by Bradley Parker, the film is produced by Oren Peli, Brian Witten and Bradley Parker and is written by Oren Peli, Carey Va Dyke and Shane Van Dyke. The film talks about six tourists hire an extreme tour guide. Ignoring warnings he takes them to the abandoned city Pripyat, the former home to the workers of the Chernobyl nuclear reactor. During their exploration, they soon discover they are not alone.

Starring Jesse McCartney, Jonathan Sadowski, Devin Kelly, Olivia Taylor Dudley, Nathan Phillips etc, the film is due for release in the U.S on May 25th. Till then check out the trailer of the film- 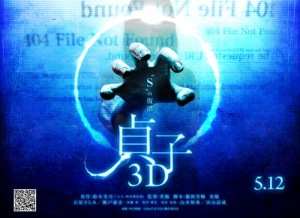 The Japanese have always been noticed for their style of making horror films and The Ring and The Grudge series are notable examples of the same. As a continuation of The Ring series here is the next instalment, Sadako 3D that is due for release in Japan on 12th May, 2012. END_OF_DOCUMENT_TOKEN_TO_BE_REPLACED