If 2018 was a grim year for Kerala (with Sabarimala and floods dominating the mental and emotional space of people), 2019 has been quite a distressing year for the nation as a whole with the fervid protests rocking the public space across. At a time like this when the nation is going through a rather tumultuous churning phase, it is kind of awkward to pause the political scene and take a peep into the musical world of entertainment that has enthralled our spirits this year. But life must go on – governments will come and governments will go but the strains of music shall continue to touch our souls as all great art does…. END_OF_DOCUMENT_TOKEN_TO_BE_REPLACED

2018 was a year that a lot of folks in Kerala would want to forget. First you had one of the greatest floods of the century causing immense damage, quickly followed by the all-encompassing Sabarimala issue which kept all its denizens busy for most of the season. Maybe it is a reflection of the mood of the state for most of the year that this period did not provide too many cinematic works in the mainstream space that made an impact. Yes, there were exceptions like Ee Ma You, Sudani from Nigeria, Eeda and Poomaram but otherwise there was very little to write home about, despite a fantastic 2017. With mega biggies like Odiyan and Kayamkulam Kochunni creating more hype about the business done rather than artistic merit and falling short of pleasing either the audience or critics, we probably need Dileesh Pothan to make a film every year! END_OF_DOCUMENT_TOKEN_TO_BE_REPLACED

In the simplest of terms, one can label the legendary figure of Kerala folklore, Kayamkulam Kochunni as a local Robin hood of sorts. However, given the context of social structure of that times, he is much more than that. Here is a young Muslim man who is considered a deity in one of the Hindu temple in Kerala to this day. A Muslim who learned the martial art form of Kalari at a time when it was not exactly thought to ‘outsiders’. And a man who from whatever we know of him, stood for the lower caste and oppressed while taking on the rich and the upper strata of the society. A man who was eventually betrayed by his own men for a few pieces of gold. In short, a man who has a story that has all the makings of an epic.

And yet, direct Rosshan Andrews attempt at giving this legendary figure a fitting movie adaptation proves to an underwhelming one. 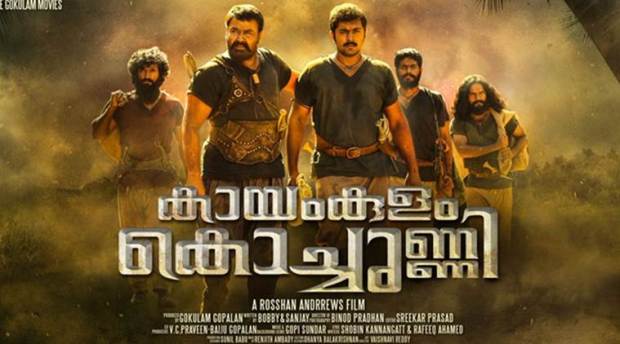 Kayamkulam Kochunni narrates the tale of Kochunni (Nivin Pauly), a young chap with a heart of gold and a do-gooder. He flees from home when his father is caught for stealing and seeks to live an honest life. He takes up the job with a Tamil Brahmin as a storekeeper for his livelihood.

There is also the whole episode of him wanting to learn the art form of  Kalari which makes him seek out a local teacher Thangal (Babu Anthony) who initially refuses to teach him.  However, the determined man ends up learning the art by hiding on a treetop and watching the classes closely after dusk. When he is eventually sniffed out, the master is impressed at the man and his skills he has picked up.

The turn of events comes in when Kochunni stumbles upon some treasure which he duly informs the high priests of the village. However instead of being rewarded, they frame him once they get their hand on the loot and brands Kochunni as a thief and leave him out to die.

And he would have died, had it not been for the timely entry of a famed thief by the name of Ithikkara Pakki (the hyped cameo from Mohanlal). He comes in to save the central character and the film just in time. Pakki inspires a crushed Kochunni to stand again on his feet and fight back at the privileged few who cheated and framed him a criminal.

Thus, Kochunni becomes gradually Kayamkulam Kochunni, the feared thief whose name is enough to send shudders down the spine of the elite, while ensuring he does his bit for the oppressed and downtrodden.

Sure, all of it needs to be taken with a pinch of salt as much of the screenplay is about creative cinematic liberties. Kochunni has already made it to the big screens once in the sixties, with Sathyan playing the role of the infamous thief. And even in recent past, the stories made its way into our living rooms in the form of a televised series.  And now with a budget of supposedly 45 crore, director Rosshan Andrews takes a shot at it.

Bobby-Sanjay, the writing duo, who has been the backbone of some of Andrews’ finest works fails to really bring out the distinctive epic materials that the script required. Instead taking inspiration from a basic Amar Chitra version of the character, the screenplay also goes about ticking off some basic events of Kochunni’s life without really bothering with the whys and hows. We never really get into the emotional psyche of the man, and as a result, we are not really engaged with the central character. The screenplay basically misses all the emotional beats making us disconnected with Kochunni’s victories or setbacks.

This is only made worse with the portrayal of the character by lead man Nivin Pauly. For starters, his approach to what could have been the role of a lifetime is extremely disappointing. He never looks comfortable in the part and does not really come off well in the transformation from the boy next door to the much-dreaded thief in town. His failure to become the character, mentally or physically turns to be the biggest bane of the project.

In fact, Mohanlal, even in his fifteen minutes, puts in much more effort with mannerisms and body language to give his character of Ithikkara Pakki, the much-needed distinction. So much for a tale of a thief, when the veteran in his 20 minute appearance ends up stealing the thunder. Yes, Pakki does look like a character from belonged in another film, with the costume and the western BGM. But no one would complain about authenticity there, because his scenes were the better portions of the movie. Wish Andrews and Nivin put in as much effort to the titular character. 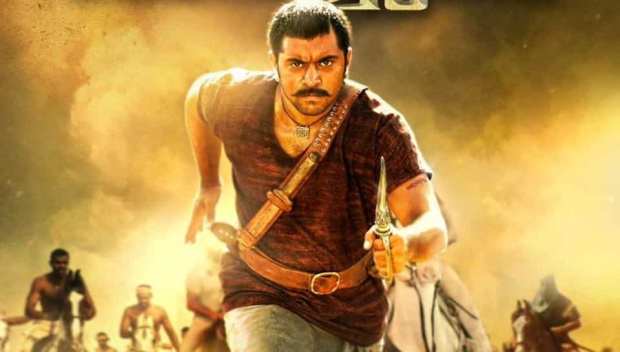 Priya Anand also turns out to be another case of wrong casting. She does not look the part and is seen struggling with her lines. Of the supporting cast, the ones that does shine are Sunny Wayne and Babu Anthony. Director Jude Anthony also do well in a brief sequence. The rest of the lot, including the extras and the foreign actors, all seem over the top and appear too amateurish. It has always been a recurring problem in the historical / period dramas and the same issues continue here too. There is that sense of artificialness that makes you detached from the period setting and giving you the feeling that instead you are witnessing a school play.

The movie makes room every now and then to voice the social issues of the times with a commentary on the prevalent caste structure of the times. Add to that the presence of the British. However the dialogues are poor, including one hilarious line mouthed by one of the English characters who goes “ He is your race, he is your case!” .  In fact, the whole British portions have no impact on the proceedings and seem just fillers with no real implications. The item number from Nora Fatehi also comes across as an unnecessary addition.

On the positive side, one needs to applaud the makers in spending the time and effort in recreating the settings. Sunil Babu’s production design and the cinematography by Binod Pradhan and Nirav Shah are definitely the major plus factors of this expensive venture. Gopi Sundar’s music is decent but it needed more folkish touch. Which is why he ends up creating a better impact with the background score and folk songs towards the end.

All in all, the movie is an amalgamation of several wrong choices that takes away the authenticity and works against the mood and feel of the movie. Something that no technical prowess is going to change or conceal. In its safe commercial avatar, Kayamkulam Kochunni turns out as an average venture that robs the audience from having something memorable or path breaking.

The phrase God’s Own Country is probably Kerala’s most successful tagline. Our chests swell in pride (not the 56’ one) at the successful marketing of the state’s natural beauty but privately many smirk at how a naturally endowed state has become a laggard, especially when compared to our immediate hard working neighbour. As a protagonist remarks in the movie which goes by the same name, Kerala was not coined as God’s Own Country by the Gods but by fellow humans! END_OF_DOCUMENT_TOKEN_TO_BE_REPLACED 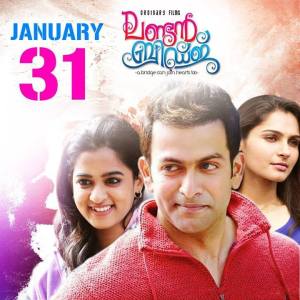 Anil C.Menon‘s London Bridge featuring Prithviraj was originally meant to be an Onam release in 2013 but with the shooting not getting over in time,the release got delayed.Produced by Antony Binoy and Sathish.B, London Bridge is a film completely based in London and supposed to be a romantic entertainer. Prithviraj has been having a splendid run of late with films like Molly Aunty Rocks, Ayalum Njanum Thammil, Celluloid, Mumbai Police and Memories all turning out to be successful and receiving critical acclaim as well. END_OF_DOCUMENT_TOKEN_TO_BE_REPLACED 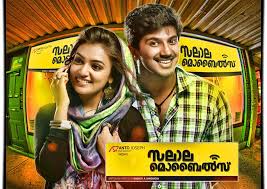 While there have been a lot of Cricket based films in Hindi and also in other languages like Tamil, Malayalam Cinema has not really come out with a true blue Cricket film till now.And thus we now have 1983 which is written and directed by Abrid Shine and produced by T.R.Shamsudheen. END_OF_DOCUMENT_TOKEN_TO_BE_REPLACED

Shambhu Purushothaman makes his filmmaking debut with the Malayalam film Vedivazhipadu, which has already been in the news of late. With the film being denied certification by the censor board in Kerala last week it saw the people associated with the film protesting against the same online and finally the film has been cleared for release with a clean ‘A’ certificate. END_OF_DOCUMENT_TOKEN_TO_BE_REPLACED