We all must be aware that in terms of filmmaking, ‘Path-Breaking’ is an adjective used for films which in a way opens up a different genre/style/theme or redefines a previously known genre/style/theme. In case of Marathi cinema, ‘Path-Breaking’ could be a title used to honor films that broke the mould of conventional ‘Marathi’ genres/styles/themes & while doing so also succeeded in overall aspects, expected from a good film. Comedy & family drama have always been the most conventional genre in Marathi, not to forget ‘melodrama’! There are people who have recently recognized Marathi cinema & have also coined the term ‘The Marathi New Wave’ which includes any random popular Marathi film (like Natsamrat or Katyar..) of recent times. Is the ‘Wave’ really there? Even if it’s there, is it even averagely substantial? Well, let’s examine it!

~  The company will represent a curated slate of titles for sales, festival representations and promotion ~ 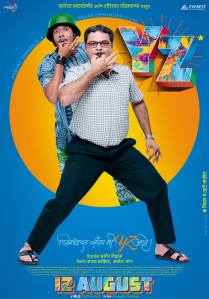 Director Sameer Vidwans and writer Kshitij Patwardhan made quite an impression last year with Double Seat. The film which took a realistic look at the struggle of a middle class couple to buy a house of their own was a critical and commercial success which struck a chord with audiences. END_OF_DOCUMENT_TOKEN_TO_BE_REPLACED

Most romantic movies shout from the rooftop that they are a ‘different love story,’ but only Nagraj Manjule makes you realise what the difference is with his ‘Sairat’. If his first movie ‘Fandry’ spoke about the caste system with a school boy following his unrequited love, his second movie leaps way beyond expectations in this seemingly simple love story with unexpected twists, unprecedented in the Indian film industry. END_OF_DOCUMENT_TOKEN_TO_BE_REPLACED

The review below contains mild to heavy spoilers. You are warned in advance.

Sairat is a love story, a love story set in India and not in imaginary mustard fields where people do not ask your surname or caste.While Fandry focused on the seething anger in an oppressed child who is not given his due, here Nagraj goes a step ahead, here he asks can love be a solution?

Nagraj introduces us to Bittergaon (Bitter Village) and when we see Prashant (Akash Thosar) for the first time on screen he is literally flying, a metaphor for the upcoming events in his life. Prashant has a crush on Archana aka Archie (Rinku Rajguru).Nagraj creates a Bollywood like land, in his own Bittergaon. He uses slow- motions, dance and colours. There are hints of tension or violence, but nothing which our hero cannot beat. END_OF_DOCUMENT_TOKEN_TO_BE_REPLACED

My brain balks at writing about Sairat. I’ve already watched a movie (the incredibly fun Mr. Right) and had a work discussion trying to save a failing idea, in attempts to find something else to do. Where does one even begin? I’m in danger of just writing “AAAAAAAA” and leaving it at that. That’s what my brain does when too many things rush into it at the same time, especially if the things rushing in are emotionally upsetting. END_OF_DOCUMENT_TOKEN_TO_BE_REPLACED

NFDC Film Bazaar 2015 invites filmmakers to book a screening of their films at the Industry Screenings section of the event. The Industry Screenings is a platform available to filmmakers to showcase their films to a select audience of sales agents, distributors, producers and festival programmers. The last date for submissions is 10th November 2015.  END_OF_DOCUMENT_TOKEN_TO_BE_REPLACED 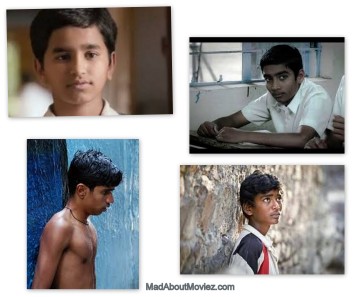 Back in 2011 in my attempt to chronicle the new wave of marathi films I wasn’t able to find a common feature or attribute that these films can be identified with. But now if you look back over the marathi films that have been made since then it becomes apparent that many of these filmmakers have preferred to tell their stories through children. Mind you, marathi filmmakers have chosen to make films ‘about’ children than films ‘for’ children. Including Shwaas (2004) , the film that kick-started the re-birth of quality marathi cinema, the list of films about children is certainly quite long with the prominent ones among them being Tingya, Vihir, Shala, Balak Palak, Fandry and the newly released Killa. END_OF_DOCUMENT_TOKEN_TO_BE_REPLACED

At the very outset I wish to express that I personally felt that 2014 was overall an ordinary year for Indian Cinema. It was largely devoid of truly path breaking content and Hindi Cinema in particular was very disappointing, especially the second half of the year. This is even more alarming considering that the 1st quarter of the year saw some decent films like Dedh Ishqiya, Hasee Toh Phasee, Highway, Queen and true blue indie films like Ashim Ahluwalia’s Miss Lovely, the long pending Om-Dar-B-Dar of Kamal Swaroop and Rajat Kapoor’s Ankhon Dekhi. The last among the films mentioned (Ankhon Dekhi) in particular was a delight, more on that later. But with subsequent weeks throwing up disappointment after disappointment, I had almost given up on the year but thank goodness for the last 2 Fridays of the year which brought in some relief. 19th December saw Raj Kumar Hirani’s Aamir Khan spectacle PK release, one of the most awaited films  of the year while 26th December saw Anurag Kashyap’s long pending Ugly release. PK for me is Raj Kumar Hirani’s weakest film, but it is still an earnest film and Aamir thankfully is good in the film. So while I have no problem with the film’s spectacular success, I do oppose the way the so called moral and religious police are dragging it into an unnecessary controversy. END_OF_DOCUMENT_TOKEN_TO_BE_REPLACED