Battle of the Sexes is an upcoming American sports comedy-drama film directed by Jonathan Dayton and Valerie Faris (the duo being popular for their films-Little Miss Sunshine and Ruby Sparks) and written by Simon Beaufoy. The plot is loosely based on the 1973 tennis match between Billie Jean King and Bobby Riggs. The film stars Emma Stone, Steve Carell, Andrea Riseborough, Elisabeth Shue, Austin Stowell, and Sarah Silverman. END_OF_DOCUMENT_TOKEN_TO_BE_REPLACED

Earlier today the 89th Academy Awards were given away at a glittering ceremony at the Dolby Theatre in Hollywood, Los Angeles. Awards in a total of 24 categories were given out by the Academy of Motion Picture Arts and Sciences, with La La Land winning 6 out of the 14 nominations it received and Moonlight winning 3 big awards as well, including for Best Picture. Hacksaw Ridge and Manchester by the Sea won two awards each. Other winners include Fences, Arrival, Zootopia, The Salesman, O.J.: Made in America, Fantastic Beasts and Where to Find Them, Suicide Squad, and The Jungle Book, with one. END_OF_DOCUMENT_TOKEN_TO_BE_REPLACED

The moment film buffs wait for every year is here. The nominations for the 89th Academy Awards were announced today by the Academy of Motion Pictures and Sciences  through a live stream. The announcements were made in the presence of Academy President Cheryl Boone Isaacs and members such as Demian Bichir, Emmanuel Lubezki, Dustin Lance Black, Glenn Close, Guillermo del Toro, Marcia Gay Harden, Terrence Howard, Jennifer Hudson, Brie Larson, Jason Reitman, Gabourey Sidibe and Ken Watanabe. END_OF_DOCUMENT_TOKEN_TO_BE_REPLACED

Makes you go “La La” all the way

Written and directed by – Damien Chazelle

In the rapidly evolving medium of cinema, we sometimes find movies which looks more like a throwback to an earlier genre, and if it’s a landmark film, it will not just stick to being a tribute, but will revisit and mould the genre to fit with changing times. We had the timeless Chinatown (1974) revisiting film noir of the 50s, there was the Artist (2011) which was a modern ode to the Silent era of films. Now, we may have La La Land, a homage to the classic musicals of the 50s and 60s, made for the 21st century. END_OF_DOCUMENT_TOKEN_TO_BE_REPLACED 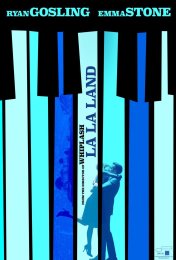 Filmmaker Damien Chazelle shot into prominence with the Miles Teller and J K Simmons starrer Whiplash. Adapted from his short film of the same name, the much acclaimed film clinched 3 Oscars including a ‘Best Supporting Actor’ win for Simmons. Post Whiplash, Chazelle is back with La La Land. The film stars Ryan Gosling as a jazz pianist who falls for an aspiring actress (Emma Stone). The film also stars J K Simmons, Rosemarie DeWitt and Josh Pence. END_OF_DOCUMENT_TOKEN_TO_BE_REPLACED

Birdman or (The Unexpected Virtue of Ignorance) is a 2014 Oscar-winning drama film co-written and directed by Mexican filmmaker Alejandro González Iñárritu whose previous assignments include Babel, 21 Grams, and Biutiful. The movie stars Michael Keaton, Edward Norton, Emma Stone, Naomi Watts, and Zach Galifianakis in major roles. Birdman is a departure from the contemporary style of filmmaking. Iñárritu uses a technique that gives an illusion as if the entire film were shot in a single extended take. Birdman’s strong albeit bizarre dialogue and impeccable slapstick timing on one hand hark back to the works of the American screenwriter and playwright David Mamet, particularly Glengarry Glen Ross, while on the other, it strongly reminds of the films like Barton Fink and The Player in that it deglamorizes Hollywood while exposing its hypocrisies in a rather tongue-in-cheek manner. END_OF_DOCUMENT_TOKEN_TO_BE_REPLACED

Oscar nominations are out, and as anticipated, few major disbelief snubs and delightful surprises. You love them, you hate them, you accuse them of lobbying and propaganda, but all cinephiles wait for the Oscar nominations and the award ceremony religiously. The ceremony will take place on February 22; will be presented by Neil Patrick Harris, if not the Oscar winners but NHP will be sure fun to watch. END_OF_DOCUMENT_TOKEN_TO_BE_REPLACED

Everytime I look at Johnny Depp and Robert Downey Jr. today, I wish the former stopped trying to make his “acting” about make-up, feathers and bowlegged walking and the latter, I wish there is more than just the smooth and fast talking person inhabiting the screen. These men were artists who could live the smallest of men and make them larger than life. One could be the director Ed Wood and humanise him while the other could fill in the shoes of Charlie Chaplin. These men were superior actors and 20 years later that might feel the same weight down their heart that Riggan Thomson (Michael Keaton) feels here and also lament about the lost time and opportunities. We might be labeling art, as superior or inferior at our convenience but Alejandro Iñárritu takes this label seriously and builds a narrative about a washed out commercial star trying to assert meaning as an actor. END_OF_DOCUMENT_TOKEN_TO_BE_REPLACED

Everyone is a sucker for a good comeback tale. Especially Hollywood!  Hence it is no surprise to find praises heaped on Alejandro’s ‘Birdman or The Unexpected Virtue of Ignorance’ or this whole-hearted endorsement to the revival of Michael Keaton’s career. END_OF_DOCUMENT_TOKEN_TO_BE_REPLACED