My first question is about your skill to become a domestic drama in a kind of Greek tragedy. Did you do the same in A Separation, The Past and now in The Salesman. How did you know that you are in front of your next story?

I’d been taking notes for this simple story that I’d had at the back of my mind for some time. When the chance to do a film in Iran came up, I started collecting all these scattered notes I’d been taking over the years. Besides that, I’ve always wanted to do a film that takes place in the world of theatre. I did theatre when I was younger, and it meant a lot to me. The story was ideally suited for the theatre milieu. So I started developing a scenario about characters putting on a play. END_OF_DOCUMENT_TOKEN_TO_BE_REPLACED

Earlier today the 89th Academy Awards were given away at a glittering ceremony at the Dolby Theatre in Hollywood, Los Angeles. Awards in a total of 24 categories were given out by the Academy of Motion Picture Arts and Sciences, with La La Land winning 6 out of the 14 nominations it received and Moonlight winning 3 big awards as well, including for Best Picture. Hacksaw Ridge and Manchester by the Sea won two awards each. Other winners include Fences, Arrival, Zootopia, The Salesman, O.J.: Made in America, Fantastic Beasts and Where to Find Them, Suicide Squad, and The Jungle Book, with one. END_OF_DOCUMENT_TOKEN_TO_BE_REPLACED 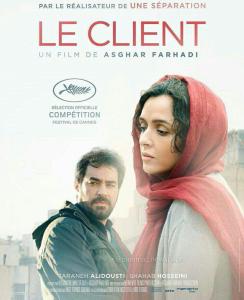 Acclaimed Iranian filmmaker Asghar Farhadi known for his films like A Separation (2011) and The Past (2013) is now ready with his latest film, Forushande (The Salesman). Shot in Teheran, the film talks of a couple, Emad and Rana who end up getting forced out of their apartment due to dangerous works on a neighboring building,making them move into a new flat in the center of Tehran… only to end up finding conflict with the previous tenant of their new home.

Like his previous works, this film also seems to be on the way to a good festival run as it is part of the official competition at Cannes this time. Check out the trailer now. END_OF_DOCUMENT_TOKEN_TO_BE_REPLACED

The movie madness continues at the 15th Mumbai Film Festival as the MAM team continues to watch films in plenty during the same. Here is a detailed report of the films seen on day 4. (Also check out updates of day 1, day 2 and day 3). END_OF_DOCUMENT_TOKEN_TO_BE_REPLACED 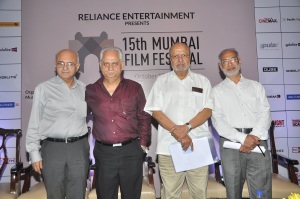 The 15th edition of the Mumbai film festival presented by Reliance Entertainment and organized by the Mumbai Academy of Moving Image (MAMI) will be held from 17-24 October 2013 at Liberty Cinema, Metro Big Cinema, Marine Lines as the main festival venues and Cinemax, Versova  as the satellite venue. 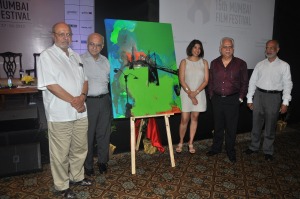 This year too the festival has announced new initiatives as part of the Mumbai Film Mart (Filmy Room and India Project Room) and a brand new Experimental film section to the festival. These new initiatives will be in addition to the other competition sections such as the ‘International Competition’, ‘Celebrate Age’ and ‘Dimensions Mumbai’. The total prize money at this year’s festival is USD 220,000.

The 15th Mumbai film festival will also host a celebration of Spanish Cinema organized in tandem with the Embassy of Spain in India.  This celebration package will also include classics such as El Verdugo, Seven Days in January, Carmen amongst others

As the buzz builds up to the 15th edition of the Mumbai Film Festival, the just-announced list of jury members has raised expectations even further. Featuring a heady mix of some of the finest film makers, actors and connoisseurs, the fest is set to be bigger come October.

Heading the International Competition jury as the president will be director Bruce Beresford,whose 1989 film Driving Miss Daisy won the Academy Award for the Best Film. He was also nominated for Best Director in 1984 for Tender Mercies. This jury also boasts of more world class talents in the French actress Nathalie Baye, multi-faceted artist who has worked with the likes of Godard and Truffaut. There is Masato Harada too, renowned Japanese actor – director of The Last Samurai fame and our own Konkana Sen Sharma, who’s given us memorable films such as Mr and Mrs Iyer and Omkara.

The India Gold 2013 Competition section jury is equally eminent, with the Academy Award winning Iranian director Asghar Farhadi heading the Jury panel as President. By his side will be the man behind the acclaimed film Osama (2004) which won him an Academy award nomination, Siddiq Barmark. More names on this list include acclaimed British actor/director Waris Hussein of Doctor Who and Passage to India fame, Jill Bilcock(Australian Film Editor and Academy Award nominee for Moulin Rouge) and Roger Garcia, the executive director of the prestigious Hong Kong International Film Festival, film critic and an authority on Asian Cinema.

Elated on announcing this impressive jury list, Director of the Mumbai Film Festival, Srinivasan Narayan offers, “The jury is the core of every film fest and we have a proud legacy of having eminent personalities on our Jury every year. This year too we’re welcoming some very accomplished names, all masters in their fields. I can’t wait for October!”

Certain films just leave you dumbfounded. You are left feeling numb. These are films which never lose their charm. No matter how many times you watch them they completely zap you on every count. They reassure or rather increase your love for the movies.  The films discussed below did exactly this to me:

Black Friday– My love for cinema took root primarily after watching this film. Based on the serial bomb blasts in Mumbai in 1993, Black Friday tries to convey how irrational the ‘rationale’ behind the barbaric act was. Directed by Anurag Kashyap, the film can be called a docu-drama and a top class one at that. END_OF_DOCUMENT_TOKEN_TO_BE_REPLACED 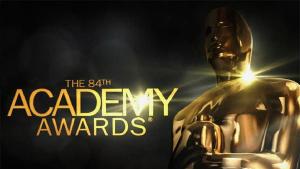 Here are the final nominees for the Oscar Awards 2012-