The best shot of Dhoom 3 remains the way Aamir’s character as an adult is introduced. He wakes up perturbed from a night-mare and the camera only focuses on his bare-essentials. This is the most unheroic, uncharacteristic, but really exhilarating introduction of an arch-villain in a full-blown, frivolous ‘franchise’ of a movie. This introduction soars one’s expectations – especially of one who is an admirer of the way an artiste like Aamir places emphasis on the entire movie-making process rather than the parts of the whole sum. And then a reel later, one sees the introduction of the cop-duo, with a wonderful intro of Ali first and then Jai in a rick-shaw! What a wonderful proceeding, one thinks – Aamir all subdued running down the walls of a bank in Chicago and Abhishek’s Jai all ‘desi’ in a rickshaw in a slum-colony! This is going to be one great, multiple time-pass viewing, one thinks! Little did one realize that Aamir’s Saahir running down the bank’s building would turn out to be the one and only grand metaphorical shot in the film – of the film only going downhill! END_OF_DOCUMENT_TOKEN_TO_BE_REPLACED

Statutory Pleading: Any article on Hindi film music should always be read by playing along the video links embedded in them. Words look bland if there is nothing playing in the background.

The first drops of rainfall in the city have brought smiles on the faces of an otherwise easily irritable group of engineers bored to death in a claustrophobic IT office. People are tuning into their favorite songs for rainy season and for some strange reason the numero uno choice for me since the last 3 years has been “Boondon ke moti…” from Wake Up Sid (2009). END_OF_DOCUMENT_TOKEN_TO_BE_REPLACED

“These awards are a joke….. its a place where the industry likes to get-together and pat each other’s back……” – Naseeruddin Shah, CNN IBN

Its raining awards in Bollywood.The biggest blockbusters are making their ways into the nominations for the best film, director, actors, supporting actors. the list is endless. The question which arises over here is are these films indeed the best works of the previous year or are we overlooking better films simply because they could not make it big at the box office ? END_OF_DOCUMENT_TOKEN_TO_BE_REPLACED

It seems finally Indian Cinema is catching up with the trend of digital poster aka Motion Poster. First it was YRF who unveiled the digital poster of 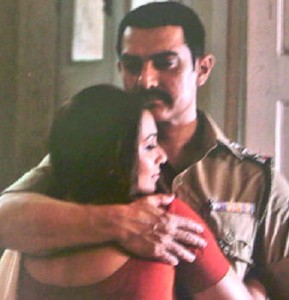 Ek Tha Tiger, then it was Ravi Teja’s Telugu Film Nippu. When it comes to marketing films with innovation and difference, it has been Aamir Khan in the forefront. END_OF_DOCUMENT_TOKEN_TO_BE_REPLACED

Well, yes, who doesn’t like surprises? Especially, the pleasant ones. And that too from Bollywood? Definitely they are even fewer than original status messages on Facebook. FB – the other obsession of our existing world – the two letters that have substituted almost all other forms of media and communication, the closest second being BBM and WhatsApp! Adi Chopra, Ashish Patil and Nupur Asthana clubbed youth and this FB mania, dishing out their new item from the never ending platter of romantic delicacies (sometimes delicious, often bland) – Mujhse Fraaandship Karoge! END_OF_DOCUMENT_TOKEN_TO_BE_REPLACED