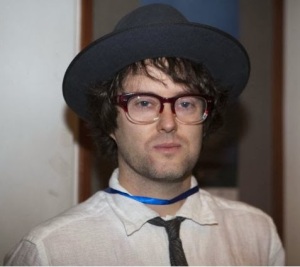 Maximon Monihan made his directorial debut with The Voice Of The Voiceless. The film had it’s World premiere at the recently conducted 15th Mumbai Film Festival. He spoke to Madaboutmoviez about the journey and the process involved in the making of the film amongst other things. Read on.

Tell us a bit about your background?

I was born in Seattle, Washington in the Northwest of the USA. I went to Garfield High School, the same school as Jimi Hendrix. I was a part of Seattle’s underground punk rock street scene and eventually somehow became a fairly well-known skateboarder. I studied Philosophy, Cultural Politics and History at University of California, Santa Cruz, but spent most of my University years living abroad, studying and researching for my professors while competing as a professional skateboarder at the same time (6 years of couch surfing). I eventually settled down in New York, working as a clothing designer, an online film critic and show host for the world’s first online tv network (Pseudo.com) and as a Skateboard video/filmmaker. I also made a number of short films and music videos for music friends before starting my first feature film, La Voz De Los Silenciados.

What made you choose this subject for your debut film?

There was slavery happening right in front of people’s faces, everyday, and nobody seemed to notice or care. It was the perfect illustration of our diminishing humanity.

What was the kind of preparation you did while working on the film?

I had a friend, Jesus, who was close to one of the people who experienced the ordeal. So I got a lot of information from him (he basically relayed stuff back and forth and was able to translate). But I also went and read all the articles in the US papers (which were shamefully limited in numbers) but also went through the Mexican and Guatemalan publications. The details of what actually went on was pretty limited though, as more focus was put on the legal situation of the culprits and what would happen to the ‘students’ once the ring was busted. And honestly, once I got a good grasp of the facts, I felt it was important to push all the details away, so I could focus creatively on how best to tell the story, cinematically. I didn’t want to be bogged down with details and hyper accuracy. It was more important to tell the soul of the story and the emotional truths in a way that would pull the audience in.

How did you zero in on Janeva Adena to be cast as the leading lady?

I met Janeva at a party and her personality and charisma really stood out. Then I found out that she was from the same region that people who experienced this ordeal came from and I knew I had to convince her to take the role. She had never acted and actually had no interest in acting. So I really had to beg her to do the role. It took a lot of persuading. I was convinced, just based on her personality, just from watching her in real life, that she would be a great Olga. And she exceeded all expectations.

The entire film is shot in a traditional silent movie format.  Was this approach decided upon before the shooting began or was it a decision taken later on?

Because of the subject matter, a deaf teenager being forced into a modern day slavery ring, it made sense to make the film silent, forcing the audience to experience the story from the protagonist’s perspective. We also liked the idea of setting up challenges and hurdles for ourselves. We knew it would help us make a more original and creative story.

The film has a very unique sound design , how did the idea of doing such a sound design  come to you and your team?

We wanted to make a ‘sound-scape’ that replicated the vibratory frequencies that many ‘non-hearing’ people experience. And we also wanted to explore the ways in which sound and image are intertwined, by paradoxically trying to separate them from one another as much as possible. The goal was to make the audience really notice what sound means in their own lives, by denying them the typical interwoven sound and image marriage.

How do you intend to release the film?

What are the other film festivals where you intend to take it to? After Mumbai we went to Dharamshala for our Himalayan Premeire (:D) then we went to Thessaloniki, Greece for our European Premiere. We’re in Istanbul now, where we’re showing it to people from the big film festival here (to hopefully screen it at the festival in spring) and then we head back to Kerala for the big festival down there. We really hope to show it in the States sometime soon too (hopefully Palm Springs or San Francisco International film fests) and then in South and Central America as well. We also may come back to India for Jaipur. And possibly Melbourne, Australia? We love travelling and we want as many people to see this film as possible, so we’re really willing to go anywhere. If they want us to show it, we’ll be there.

Do you plan to the release this film theatrically in India?

We hope to. No definite plans yet, but I know some film societies want to have more screenings in some of the bigger cities. And it would be great if this kind of film could play in theaters in India. We really feel like Olga’s story is a story that audiences anywhere in the world could relate to. But especially in India, where disparity in wealth means similar types of exploitation are very common. We also feel that it’s important for audiences across the globe to see that this type of thing doesn’t only happen in their own countries, but also in so-called affluent ‘developed’ countries like the USA.

What projects are you currently working upon?

The next project will most likely be a film that takes place in Japan. It’s a very magical story about suicide, sadness and what makes life worth living.

Have you watched any Indian films?

Of course. My favorite films are the classics by Satyajit Ray as well as other parallel cinema greats like V. Shantaram, and Mrinal Sen. And I like Deepa Mehta’s films too. As for newer filmmakers, I really liked the sweep of Anurag Kashyap’s Gangs of Wasseypur and I loved Nitin Kakkar’s Filmistaan for it’s ability to make an important political statement balanced with a perfect amount of pop-appeal. A much harder task than it may seem. 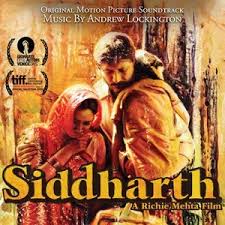 Siddharth plays out like a police procedural without the police and without a lot of procedures. A zipper fitter who barely manages to earn enough for himself and his family finds his world turned upside down when his son is reported missing. Official channels yield no response and he has no money to undertake a large scale search himself. Relying on hearsay and borrowed funds, he looks to track down his son on his own, even while maintaining his self-respect. There was no forced suspense, no editing flourishes. Only a detailed look at a poor family driven to desperation. Most films like these end with a statistic giving us numbers on the social malaise dealt with by the film. This one stands out because it didn’t. Director Richie Mehta has managed to eke out true to life performances from his entire cast including junior artists who have just one scene. Hope this one gets a wider theatrical release.

END_OF_DOCUMENT_TOKEN_TO_BE_REPLACED

The 15th Mumbai Film Festival had an amazing choice of films and continuing over coverage of the same here is a look at the penultimate day of the festival i.e day 6. (Also check out the highlights of day 1, day 2, day 3, day 4 and day 5) END_OF_DOCUMENT_TOKEN_TO_BE_REPLACED

We continue the coverage of the 15th Mumbai Film Festival and here’s the roundup of films watched on day 5 of the same. (Check out updates on day 1, day 2, day 3 and day 4 as well). END_OF_DOCUMENT_TOKEN_TO_BE_REPLACED

The Jury Grand Prize was awarded with The Silver Gateway of India trophy and was given to the Indian film,FANDRY directed by Nagraj Manjule and produced by Vivek Kajaria and Nilesh Navlakha.

The Jury named Anthony Chen BEST DIRECTOR for the film Ilo Ilo and for her role in the same movie, Yann Yann Yeo won BEST ACTRESS.

The Silver Gateway of India Trophy for BEST ACTOR was awarded to Vincent Macaigne for his role in Tonnerre.

The final award in the International Competition category, the best work in SCRIPTING / EDITING / CAMERA / SOUND was given to Andrew Commis for his CINEMATOGRAPHY in the movie The Rocket. END_OF_DOCUMENT_TOKEN_TO_BE_REPLACED

The movie madness continues at the 15th Mumbai Film Festival as the MAM team continues to watch films in plenty during the same. Here is a detailed report of the films seen on day 4. (Also check out updates of day 1, day 2 and day 3). END_OF_DOCUMENT_TOKEN_TO_BE_REPLACED

Continuing our coverage of the 15th Mumbai Film Festival, 2013 here’s an account of the films watched during day 3 of the event. (Check out coverage of Day 1 & Day 2 as well) END_OF_DOCUMENT_TOKEN_TO_BE_REPLACED

Cine lovers were treated to wonderful films such as Viridiana directed by Luis Bunuel,  60 going on 12 directed by Frederic Proust, Diederik Ebbinge’s Matterhorn and Tokyo Story directed by Yasujiro Ozu. Other films screened throughout the day included Davy Chou’s Golden Summers, Costa Gavras’ Capital, Sulemani Keeda directed by Amit V Masurkar, A Castle in Italy directed by Valeria Bruni-Tedeschi among others. Kabhi Kabhi  was screened in homage to the legendary Mr. Yash Chopra at Cinemax, Versova. This special screening was attended by Ms Pamela Chopra, who introduced the film to the audience attending. END_OF_DOCUMENT_TOKEN_TO_BE_REPLACED