Shashank Khaitan’s Badrinath Ki Dulhania hit the theaters past weekend and this post is full of spoilers about it, so please read it only if you have seen the film.

In the one week run which completes today, the film would have collected a little over a 70 Crores Nett at the Indian Box Office. Quite a feat, for a film that is made in around 30 Crores (excluding P&A), with two actors who are less than 10 films old and a director who is just one film old. To give some context to the success, the film is, in essence, a more worthy sequel of the 2014 hit Humpty Sharma Ki Dulhania, both being produced by Dharma Productions. However, Badri does not share much with Humpty except for Alia Bhatt, the focal point for the feminism debate surrounding the film. END_OF_DOCUMENT_TOKEN_TO_BE_REPLACED

Vishal Bhardwaj is probably one of the best directors we have in the Hindi Film Industry. His latest, Rangoon, just hit the theaters this past weekend, but on Monday morning, all we could talk about was the Oscars. Fairly so, because Rangoon had a dismal weekend at the Box Office collecting under 15 Crores across three days. The underwhelming response to the film is quite disappointing, especially to someone like me, who is an ardent (read almost blind) admirer of Bhardwaj. With the Oscars, our perennial obsession with Hollywood takes over and no matter how many awards they get wrong every year, our media and we, the people, crazily follow the ceremony with social media timelines getting spammed with every miniscule event occurring at the Kodak Theater. Incidentally, we don’t see such madness for any of our award shows, under the pretext that our award shows are shit because they always get them wrong and eventually the trophies are handed out to people who did not deserve it but lobbied enough to get one. But then Oscars are no different. If it isn’t lobbying, it could be something else but the end result is that the trophy does go to the non-deserving nominee quite often. If that were not the case, Spotlight would never win Best Picture over Mad Max:Fury Road in 2016 and Di Caprio would have gotten an Oscar much before his far-from-best performance in The Revenant. END_OF_DOCUMENT_TOKEN_TO_BE_REPLACED

This is not a review of either of the Hindi Diwali releases that hit the theatres over the weekend. Neither is this post devoid of spoilers, so read ahead only if you are okay with those two warnings. END_OF_DOCUMENT_TOKEN_TO_BE_REPLACED 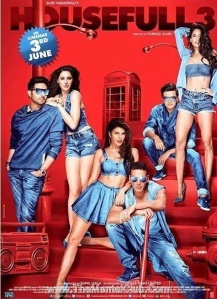 What do you really expect when you walk in to a theater to watch a film like Housefull 3? If you have been aware of the previous two films of the franchise, then obviously, you will expect the silly and the dumb to play out in equal proportions, right? If you have not, then it might be nightmarish. But then Housefull is a genre film, created by Sajid Khan, who helmed the reins of previous two films as well. However, in this one, producer Sajid Nadiadwala has handed over the command to Sajid – Farhad, who have written many films for Rohit Shetty and directed the 2014 disaster, Entertainment. No big hopes, there! In my honest opinion, Housefull was a decent watch but Housefull 2 got excruciating. That apart, when the franchise is sort of successful and into its third film, one cannot continue complaining about the genre of it all. Yes, Housefull films rest on wafer-thin plots, lot of exaggerations, silly jokes, under-written female characters, cheap potshots on sensitive issues and a hell lot of caricature. But can they entertain? Because if they can, without crossing the line of humor of course, then the purpose is fulfilled. Intelligence may be insulted but the ticket price cannot be considered to have been completely wasted, no matter what you choose to believe. END_OF_DOCUMENT_TOKEN_TO_BE_REPLACED

When a heart breaks, the mind gets stronger. In our deepest miseries, lie our greatest strengths. Ashiqana, presented by Ampliify Times, is a story of Love, Heartbreak and Life, which eventually moves on. The song is recorded in the voice of a new singer, Vaibhav Kashyap, with Music by Jiten Singh. The original composition of the song and its Lyrics are done by Aniket Dhingra. The Music Video is directed by Sudeep Nigam and Produced under Ego Centric Films.

In Ashiqana, Vaibhav and Nidhi are in a long distance relationship. They both met in the US while studying in college, and fell in love. After his graduation, Vaibhav moved back to India to start working and settle his life before Nidhi graduates and comes back as they planned to get married. He worked extra hard to ensure that he has enough savings teaching Basketball to kids in the morning, doing his consultancy job during the day and driving a cab at night. When he had enough savings, he decided to use them to go visit Nidhi instead of using them for his Master’s degree. But with time, their relationship did not remain the same. One day, Nidhi tells him that she had applied for a US work visa and luckily, she has got it. At this point, she does not find it feasible to move back to India. Instead, she wants to stay back and work in the US itself. That apart, as hard as it may be for her, she has decided to let go of Vaibhav and cut all ties with him. She still loves him dearly, but he is heartbroken to hear this. As she leaves him, he is shattered. 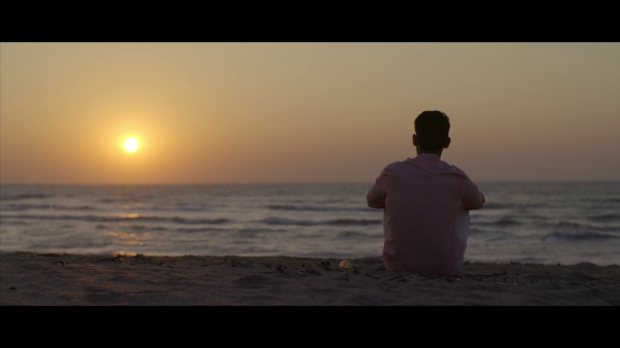 Ashiqana tells Vaibhav’s story of moving on from Nidhi’s memories and realizing that all his hard work over the years is worth a lot. Up till now he was working hard to be with her forever, but he could still do all of it for himself. As he walks away from her, burning away every postcard he wrote for her, he continues doing what he was, except this time it is for his own self. Soon, he learns to move on and let her go, focusing on strengthening himself for the pedestal of success. In the end, Nidhi is only a distant memory which disappears into thin air, just like smoke, but leaves Vaibhav with an important life lesson.

Ashiqana Full Video is now available on YouTube. You can also watch the Video on Apple Music, Biscoot.com, DailyMotion.

Ashiqana came into existence out of a slightly intoxicated conversation between best friends. Sometimes, life gives us means to make small dreams come true, in a very large way. I have always wanted to be a performer. In fact, I spent most of my college years either singing or dancing on stage. I also happen to be blessed with a friend such as Sudeep Nigam who had the courage to forego a stable corporate life and chase his dreams. END_OF_DOCUMENT_TOKEN_TO_BE_REPLACED 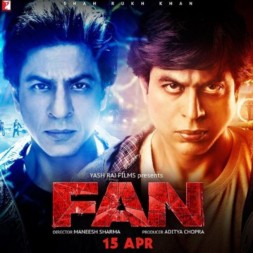 Shah Rukh Khan – The name itself spells a big film, if not a good film. Over the years, many have complained arduously about Khan’s lack of efforts in picking scripts and films, and intermittently succumbing to rehashed concoctions or sub par servings, packaged, garnished and decorated well enough to be shoved down your throat via extensive marketing. Some of this marketing has made people averse to watching his films or similar star vehicles, while others continue to feed on them raking in the numbers. But things changed with Dilwale, in December 2015. When another biggie clashed with it, Dilwale suffered and the numbers tapered into an abyss faster than SRK would have imagined.

END_OF_DOCUMENT_TOKEN_TO_BE_REPLACED

Since a couple of years, I have continued with the tradition of watching Vikram Bhatt’s films on the first day itself. Believe it or not, Bhatt is on a serious stroll of outdoing himself with each successive film, not with excellence but with absolute sub-par trashiness. There is nothing more disheartening than seeing a decent filmmaker go to the dogs. But once you realize that he wants to masquerade it as a formula for commercial cinema, and repetitively and surreptitiously makes films in similar genres, you wait for the next piece of trash installment to come, because it is going to be so much fun seeing him hit new lows.

Bhatt’s filmography boasts of Shaapit, Haunted 3D, Dangerous Ishq, Raaz 3D, Creature 3D and Mr X in the past 5-6 years as a director. As a writer, he has written many more films which have been more or less despicable such as Hate Story, 1920 Evil Returns and Khamoshiyaan. And now he serves us Love Games.

END_OF_DOCUMENT_TOKEN_TO_BE_REPLACED

Maybe it’s just me, but then there is something really charming about a man in black suit going around assassinating people like its a part of his daily routine. When Director Lee Jeung-beom made The Man From Nowhere (2010), little did he know that the film would be ripe for an Indian remake. Thankfully, Director Nishikant Kamat and Ritesh Shah (Screenplay/Dialogues) don’t mess too much with the original material and serve it right back to us in India as Rocky Handsome. What works for them is John Abraham fits right in as the lead and also produces an otherwise not so masala film as the trailers would have shown. And ahoy, Rocky Handsome turns out quite a good watch on a weekend where you have a largely disappointing magnum opus releasing with it.  END_OF_DOCUMENT_TOKEN_TO_BE_REPLACED