With highly acclaimed films like Hazaaron Khwaishein Aisi, Dharavi and Chameli to his name, Sudhir Mishra is one of the most acclaimed directors of the Hindi film industry.

His latest feature Daas Dev is an adaptation of the Sarat Chandra Chattopadhyay’s novel Devdas. Despite getting adapted on the big screen numerous times, trust Mishra to add his own flavour to the tragic tale.

He got talking to us on the film. Here are excerpts from the interview: END_OF_DOCUMENT_TOKEN_TO_BE_REPLACED 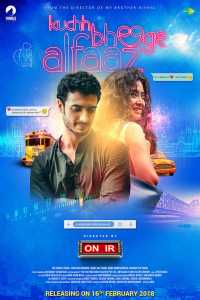 Director Onir’s latest film Kuchh Bheege Alfaaz is quite a deviation from his previous works which mostly took a serious look at everyday issues and the people affected by these. The film is a romantic drama which revolves around Archi or Archana (Geetanjali Thapa) as she is fondly called in the film. She makes a living creating internet memes and is addicted to a late-night radio show that is hosted by RJ Alfaz (debutant Zain Khan Durrani). The show sees RJ Alfaz narrating tales of love and longing in a very poetic or a shayarana style. A chance meeting and a host of WhatsApp messages lead them to meeting and eventually falling for each other. However, the path to their unison is not as easy as it seems.

The film which released yesterday to glowing reviews also marks the debut of it’s lead actor Zain Khan Durrani. We recently spoke to the actor about the film, his role and more.

Republished below are excerpts from the same.   END_OF_DOCUMENT_TOKEN_TO_BE_REPLACED

Actor Geetanjali Thapa made her debut with the critically acclaimed I.D. (2012) directed by Kamal K.M. The film which shared Thapa in the lead was feted at several international festivals including International Film Festival of Kerala, 2012 and Los Angeles Film Festival, 2013 where the film won the NETPAC Award (for the Best Asian Film) and Jury Prize for an Outstanding Performance (by Geetanjali Thapa). She followed this up with director Geethu Mohandas’ Liar’s Dice which won Thapa a National Award for Best Actress (Silver Lotus).

Since then she has appeared in a variety of critically acclaimed shorts and features such as Anurag Kashyap’s That Day After Everyday and Vikramaditya Motwane’s Trapped. The actor’s latest release Kuch Bheege Alfaaz hit the screens today. Directed by Onir, the film is a romantic drama which revolves around Archi or Archana (Geetanjali Thapa) as she is fondly called in the film. She makes a living creating internet memes and is addicted to a late-night radio show that is hosted by RJ Alfaz (debutant Zain Khan Durrani). The show sees RJ Alfaz narrating tales of love and longing in a very poetic or a shayarana style to be precise. A chance meeting and a host of WhatsApp messages lead them to meeting and eventually falling for each other. However, the path to their unison is not as easy as it seems. 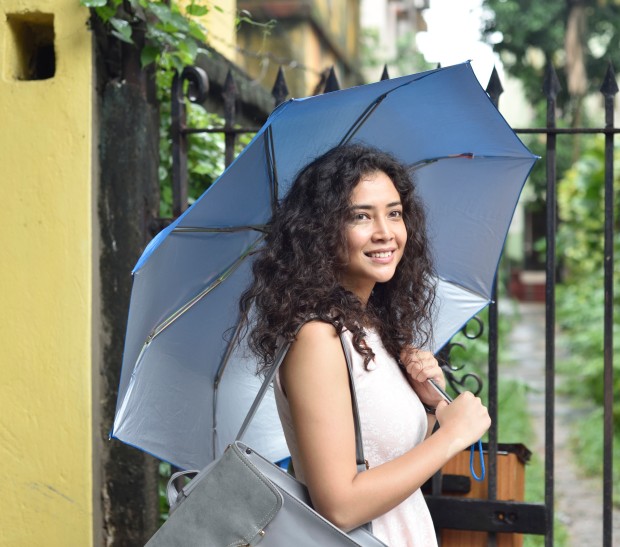 Personally, the film is also special since it also marks the writing debut of Abhishek Chatterjee, a close friend and a fellow author of Madaboutmoviez.

We recently caught up with the talented Ms. Thapa and spoke to her about the film, her journey as an actor and much more. Republished below are excerpts from the same. END_OF_DOCUMENT_TOKEN_TO_BE_REPLACED 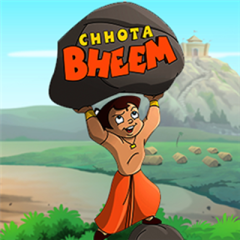 Since an early age, Vivek Shukla was quite the filmbuff and an ardent dreamer (by his own admission). But was quite unsure, as to what he wanted to do in his life. Whilst in college, a theatre workshop subsequently led Shukla to find his true calling i.e. scriptwriting.

In the later years, Shukla went on to write some of the most noteworthy animated shows for Indian television such as New Adventures Of Bal Hanuman and the extremely popular Chhota Bheem.His repertoire also includes other shows such as Akbar Birbal  for Discovery Kids and Bunty Aur Billi for Toonz Animations.

Interestingly, the writer has decidedly stuck to writing a wide variety of animated shows for Indian television. This decision coupled with his vast experience has helped him evolve as one of the most prominent names in the field of of Animation Screen Writing and Live action TV in India.

In a tete-a-tete with Madaboutmoviez.com, Vivek Shukla spoke to us about his journey, his creative influences and Surreal Play – an amazing initiative that helps visually impaired learn the art of scriptwriting. END_OF_DOCUMENT_TOKEN_TO_BE_REPLACED 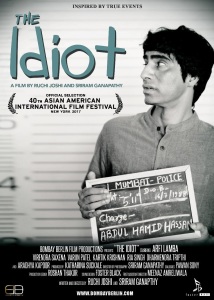 Katharina Suckale‘s journey into the world of cinema began 25 years ago. She began by working in film distribution and sales with MK2 – Marin Karmitz in Paris and later moved to film production.

She founded Suckale Film Produktion in 2003 and directed documentaries, short and experimental films and produced in Germany, France, Africa and India, where triggered her love for India. Subsequently Suckale co-founded Bombay Berlin Film Productions (BBFP) with actor Arfi Lamba (Fugly, Singh Is Bling). Since its inception, BBFP has produced many noteworthy features including Prague (as Executive producers), LOEV and The Road To Mandalay that combine unconventional subjects, lifelike characters and everyday issues in a very interesting manner.

Their latest venture ‘The Idiot’  is in a similar vein and another interesting addition to their repertoire. Directed by Ruchi Joshi and Sriram Ganapathy, the 18 minute short film deals with issues of Islamophobia, religious fanaticism and bigotry among other topical issues.  END_OF_DOCUMENT_TOKEN_TO_BE_REPLACED

Directors Ruchi Joshi and Sriram Ganapathy‘s short film Murakh a.k.a The Idiot is the story of a man (Arfi Lamba) arrested for hijacking a plane and the chaos that ensues. Through this premise, the film which uses dark humour to drive its narrative, attempts to shed light on a society plagued by bigotry and paranoia.

At a time when incidents of communal clashes and hate crimes seem to be on an upswing, Joshi and Ganapathy’s film seems to serve as a much needed call for introspection.

The 18 minute film which is produced by Katharina Suckale (Bombay Berlin Film Productions) and shot by Ganapathy is an official selection at the 40th Edition of the Asian-American International Film Festival in New York. END_OF_DOCUMENT_TOKEN_TO_BE_REPLACED

Based on the popular play of the same name, Chandrakant Kulkarni’s Dhyanimani tells the story of Samir (Abhijeet Khandkekar) and Aparna (Mrunmayee Deshpande) who decide to visit Sada (Mahesh Manjrekar) – an ex-student of Samir’s father. Sada lives with his wife Shalini (Ashwini Bhave) and son Mohit in Roha and is working as a project manager for an upcoming resort. Mohit is gone for a picnic when Samir and Aparna arrive. Shalini pesters Sada to find where Mohit is when he does not return from the picnic even as the night beckons. But a shocking secret awaits everyone. END_OF_DOCUMENT_TOKEN_TO_BE_REPLACED

After watching the first few minutes of director Anup Jagdale‘s Zhalla Bobhata, one really cannot decipher the story the film intends to tell or where it is headed towards. There is a village that has won the Best Village award even as villagers ironically continue to face water scarcity and other issues. The corrupt Sarpanch (Kamlesh Sawant), his aide (Sanjay Khapre), an influential politician (Teja Deokar) and the village bumpkin Dinu (Bhau Kadam) are some of the characters the film introduces us to during this while. END_OF_DOCUMENT_TOKEN_TO_BE_REPLACED

Falling in love is a magical experience, especially when it happens for the first time. Emotions and feelings you were unaware of engulf you as you try to make sense of an experience that may be difficult to describe. A certain joy is derived as you strive to catch a glimpse of your beloved one, make your presence felt and make them feel special, with the hope that your feelings get reciprocated. Such an experience often happens before we are exposed to the harsh realities of the world, which makes it seem so pristine and beautiful. END_OF_DOCUMENT_TOKEN_TO_BE_REPLACED