A Perfect Crime is the first documentary to come out from Netflix’ German production team. It deals with the assassination of Detlev Karsten Rohwedder.  As Indians for us, the early 90’s was a period of turmoil with socialist policy combined with licence raj that had crippled the nation on the verge of bankruptcy, forcing the Indian government to open up to the market. In three decades after the forced reforms, India still grapples to maintain balance with socialism and capitalism due to vote bank politics. Even the recent right-wing government of India has embraced a more socialist approach.

The film is set in early ’90’s after the fall of the Berlin Wall and focus on the events after Deutsche Einheit. The coldblooded murder of Rohwedder and the conspiracies is still a raging debate, like the disappearance of Netaji in India. The documentary’s aim is not to solve the myster, it tries to ask us the right questions after 30 years of this unfortunate incident with new evidence and techniques in an investigation.

The question is still shrouded in mystery as to who committed this cowardly act, was it the West Germans or East Germans. Many people benefitted from his death, depending upon whose side or theory you want to believe in.

What kept me hooked was more intriguing was Rohwedder the man who had an unpleasant job in Germany to clear the economic fiasco of East Germany and give them opportunities which they missed due to left government, a role for he was not keen but does it with sincerity.

It deals with an important issue of how people are not just numbers in an excel sheet, but how do you transform the nation which has been bogged down by communist and socialist rule where efficiency or profitability was not considered and most importantly wealth was not created at all. 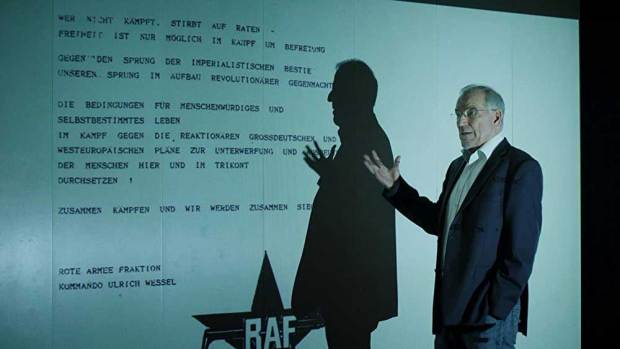 In hindsight, we can say Rohwedder was right and his intentions were good and right, but none of us could have predicted that privatisation was the right step for GDR. Now with historical evidence, we can claim capitalism is the right thing for the betterment of society.

It is an interesting chapter in history for Indians to learn and break the shackles of socialism and move on to a free market.

A Perfect Crime is a good concoction of crime thriller combined with world history.