Those familiar faces we have seen numerous times as we revisit the movie classics and hits from yesteryear. Faces that are very much part of the movies that we grew up with. Many of them without whom those iconic scenes are never complete. And yet unfortunately,  many of them remain faces with their names still unknown to many.

The likes of Mac Mohan, Bob Christo, Viju Khote, Goga Kapoor, Nilu Phule, Mukri  – all showing up in walk-through cameos and roles, ranging from comedians to henchmen to extras, hoping that every small bit role will take them closer to a bigger success along their journey. Eventually the stars shine bright, while these men and women just fade away somewhere far from the eyes of the movie lovers, forgotten.

So that is where Kaamyaab does a wonderful job. Of throwing light to these forgotten side actors of the industry. Of showing the plight of these actors who rubbed shoulders with some of the biggest names of the industry once upon a time. 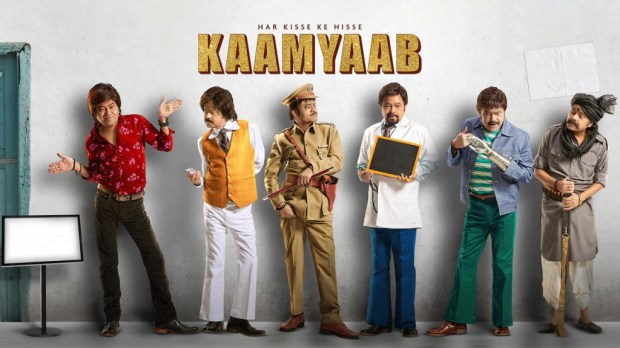 Director Hardik Mehta gives us this delightful meta-movie with Kaamyaab, serving as a touching and moving ode to these actors of Bollywood. And equally brilliant is his decision of entrusting the central character to the able hands of actor Sanjay Mishra. In the lead role of Sudheer, Mishra brilliantly executes the central character of Sudheer as he navigates through his quest to find a piece of success.

In Kaamyaab, “enjoying life, aur option hi kya hai”  is a throw away dialogue of a movie scene that is still said to be a rage among the public in these times of memes and social media. But the man who said it, Sudheer is an actor who has hung up his boots long back and is now living far away from the limelight. The widower, staying alone, has also kept his distance from his own daughter and her family.

When we meet Sudheer, which is during an interview in his small apartment, he is being asked about the success of his one-liners. Sudheer, bored and disinterested, admits he has no clue as to why the line has clicked or is being remembered.  But over the course of the interview, he learns that he has indeed acted in around 499 films. This bit of trivia sparks off an interest in him and sets him of to a journey of ‘what if’ introspection.  What if he could complete one more film and reach that magical number of 500 films. He believes that it could cement his place somewhere in the history of Bollywood and with which his career would be remembered in more ways that just a mere ‘stay line’ from one of his movies.

So, on comes the glitzy clothes, and a wig sporting a hairstyle from an era gone by, and Sudheer steps out in achieving that one more role to make his life in movies seem worthwhile.  This takes him to a casting director, Gulati (played by the ever-impressive Deepak Dobriyal) in the hope that he could manage to get a role of some importance to get to that milestone.

What follows is a forgotten man’s struggle to make a mark, as he tries to get back to a showbiz world that has since moved on to a times so different. 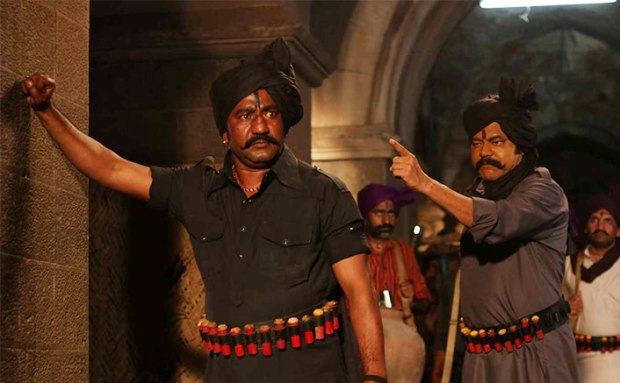 Sanjay Mishra, who has been popularly cast in umpteen comic roles, has never failed us to impress whenever he got those opportunity like in movies such as Masaan and Ankhon Dekhi. And here again with Kaamyaab, the man is in total control of his performance perfectly, embodying all the nuances of his role, through the turmoils and joys, without putting a foot wrong

Mishra also gets some able support in the form of Deepak Dobriyal as Gulati. Avtar Gill makes a prominent appearance in this movie. And equally wonderful is seeing those nostalgic faces of yesteryears in cameos which includes  Guddi Maruti, Lilliput, Manmauji, and the late Viju Khote. Isha Talwar plays the role of a neighbor in a track that really does not add much to the movie in the final outcome, while Sarika Singh plays the role of the daughter Bhavna.

All in all, Hardik Mehta has carved out a wonderful tribute to the forgotten actors of the industry by bringing in the right amount of humour and pathos without going overboard. And with Mishra’s absolute master class performance, the film turns out to be a sheer joy to sit through, right to the climax which, I have to admit, left me teary eyed.

And special kudos to Shahrukh’s Red Chilies who produced this film with Drishyam films. Also a sigh of relief that the producers kept the movie as delicate and delightful as it is, without being tempted to overpower it like say a Billu. What is unfortunate though is that the movie releasing just a week before the quarantine shutdown never really got the love it deserves at the box office.

However, the gem is now on Netflix and certainly deserves your time and love. Mishra has once again shown us what a masterful talent he is and that it is time the Industry make the space for him to shine and not typecast him in just odd funny roles in Housefulls and Golmaals.