If you are a follower of Tamil and Telugu commercial films, you would have realized long ago that one of the pet topics of their filmmakers is that surrounding farmers and their associated plights. The recent Telugu film Bheeshma also follows the oft-repeated template with the hero fulfilling the dream or wish of another person, and in the process he gets transformed himself. 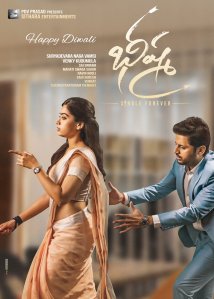 Bheeshma follows the tale of two Bheeshmas, the elder one (Anant Nag) is the founder and CEO of Bheeshma Organics, a company which is into organic farming. While the younger version of Bheeshma is that of a meme creator who is desperately looking for a girl to hook up to marry. The film is enjoyable when it does not take itself serious and focus on self-deprecating humour. We wait for the action scenes albeit in a way that we don’t expect. It is not something which we have not seen but we can’t complain when we know the director was an assistant to Trivikram. In fact one of the action sequences gives a fitting tribute to his guru’s film Athadu.

The main crux of the story is how a good for nothing Bheeshma can save Bheeshma Organics from a rival company and remain the CEO of the company and win back his love. The romance track which takes precedent in the first half smoothly takes a back seat in the second half and is relegated to songs. The problem with the songs here is that barring one none of them are memorable they act as a speed breaker in an otherwise pacy film. 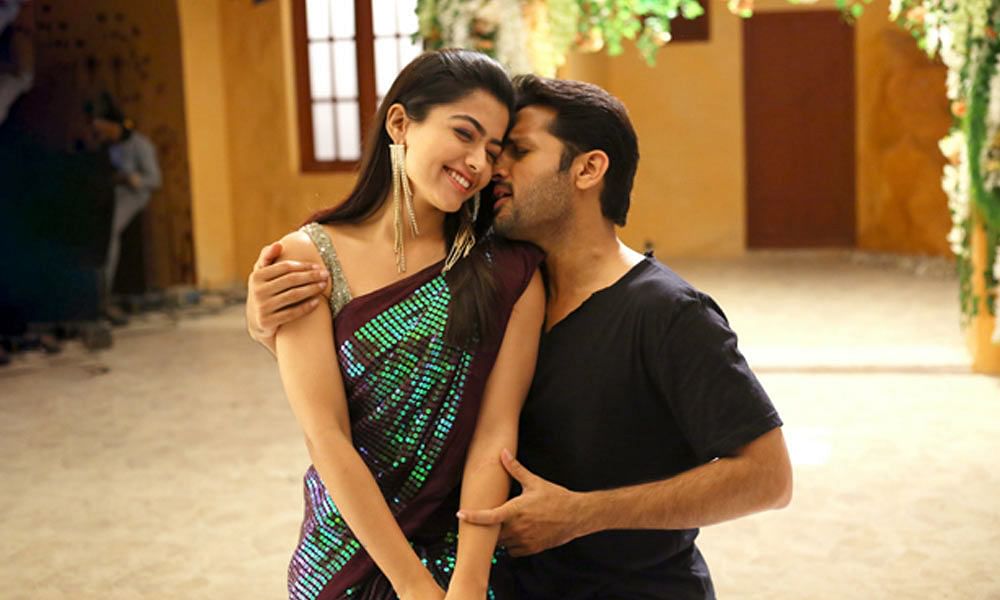 To be fair Jisshu Sengupta is a great actor and he brings a certain dignity to his character of Raghavan, the antagonist, even though the dubbing for him is bad. What makes his character stand out that is he is not the typical villain. Nitin as Bheeshma carries the film on his shoulders, and he is in form after a long time. He is fun to watch here and allows us to overlook all the major loopholes of the film. He plays a flawed character who slowly but surely goes on to appeal not just to his ladylove but also to his mentor and to the audience as well.

Bheeshma overall is an enjoyable lazy weekend watch that entertains for its entire duration. The film is streaming now on Netflix and Sun Nxt with English subtitles.