us) debut feature of the talented Akshay Indikar has been selected for the prestigious ‘Tallinn Black Nights Film Festival’ (PÖFF). The 23rd edition of the festival will be held from November 15th to December 1st. Produced by Chitrakathi Nirmitee and Bombay Berlin Film Productions, ‘Trijya’ will be the first Marathi-language film to be a part of PÖFF. This will be the second feature of Bombay Berlin to screen at PÖFF, a notable A-list festival, positioned with the likes of Berlinale, Cannes and Venice Film Festival. The festival screens over 250 films from across the world, with more than 80000 cinephiles religiously attending this film festival.

‘Trijya’ premiered at the Shanghai International Film Festival earlier this year and was selected for the Asian New Talent Awards Section (ANTA) under the Best Film, Best Director and Best Cinematographer categories. Moreover, the film was immensely appreciated by the audiences in Shanghai and several revered filmmakers who were present at the festival also praised us for our labour of love

Preceding ‘Trijya’, Mr. Indikar was known for his docu-fiction ‘Udaharanarth Nemade’, which is based on the life of respected Marathi author Mr. Bhalachandra Nemade. The film received critical acclaim for its distinct approach.

In today’s day and age, making good cinema is not enough. It needs to reach the its right audience and the whole team of ‘Trijya’ is working towards the same goal. From the ‘Asian New Talent Award’ to Tallinn Black Nights Film Festival and with many more to be announced, ‘Trijya’s’ journey is just beginning. 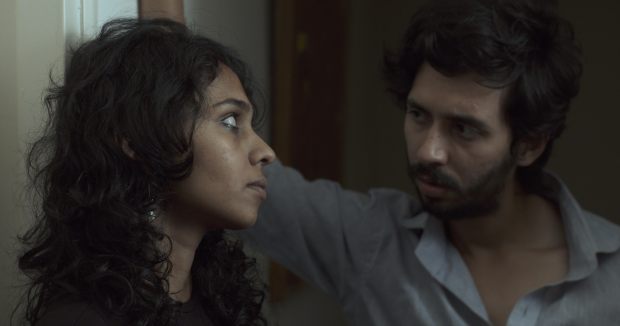 Akshay Indikar is originally from Solapur (Maharashtra) where he was born in a house of folk artists. Due to this, migration became an integral part of his life, having created a large impact on him and it shaped his psyche over the years. As a result, the idea for ‘Trijya’ made a home in his mind. While pursuing his interest in the art of cinema, he longed to bring this story to life on screen and convey the chaos in the minds of migrants. “While studying in FTII (Film and Television Insitute of India), where I was working on many ideas, I thought about how I can contribute to the discussion about life and decided to find something within myself. Throughout our lives, we try to understand ourselves and in the process, we get to know about the world around us. In the same stream of consciousness, the idea for ‘Trijya’ flourished”, tells the director Akshay Indikar. “It is not necessarily my biography”, he adds further, “You can call it a semi-autobiographical. In the end, every good artwork is, in one way or another, born from treasured memories, emotions and aspirations. The journey of ‘Trijya’ was no exception to this.”

The journey of Akshay Indikar’s ‘Trijya’ is an inspiring story for many young filmmakers in India and his intent has been about staying true to his motivations, while trying to engage the viewers through his work. “We will always try to widen the radius of our cinema”, adds Akshay.