Commenting on the success of women helping other women in film, and cheering the creative community in attendance, producer Guneet Monga shared what she was told by the poet, Meena Kandaswamy when she won the Oscar for ‘Period. End of Sentence’ – “When you shine, I shine.”

Srishti Arya, Director for International Original Film- Netflix India shared her views on Women in Entertainment and said, “At Netflix, diversity is the beating heart of our storytelling and inclusion is essential to programming for 158 million members around the world. As we deepen our investment in stories and storytellers from India, we are determined to bring to life more smart, vibrant and fully-realised female characters…who are funny, fierce and fantastically flawed.”

Speaking at the event, Monika Shergill- Director, International Originals, Netflix India said, “Stories have the ablity to shape our conversations and culture. As a brand that’s known for pure storytelling, we believe in women creators and their ability to craft stories of power and presence. We want to be a home to the best stories and bring these unique and inventive voices to life.”

Anupama Chopra, Festival Director, MAMI said, “Over the years, the Indian film industry has seen an incredible array of work created by women. Through Women in Film, we are proud to celebrate women creators and start a conversation on how we can empower more women and encourage them to give find their artistic voice.”

Smriti Kiran, Artistic Director, MAMI said, “An even playing field, a safe work environment, equal and fair treatment. Women in film is to keep the conversation around gender equality and inclusion going. It is also to celebrate the leaps that have been taken in the journey to achieve this.” 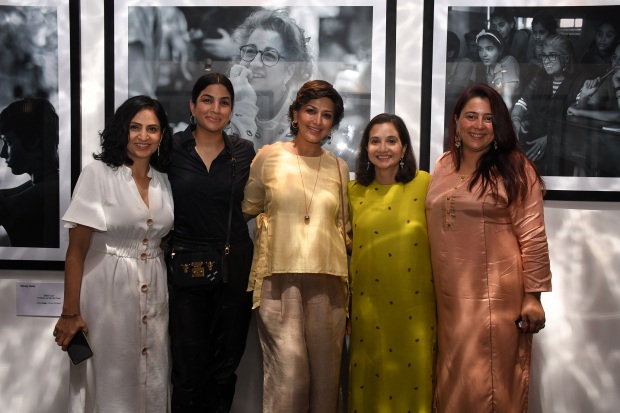 Several upcoming Netflix films have female leads. Many of them are being led by women behind the camera including Ghost Stories (one story directed by Zoya Akhtar), Guilty (directed and written by Ruchi Narain), Yeh Ballet (directed by Sooni Taraporevala), Kaali Khuhi (produced by Anku Pande), and Mrs. Serial Killer (produced by Farah Khan). The company is also working with many first time female directors such as Terrie Samundra (for Kaali Khuhi) and Anvita Dutt (for Bulbul).

Netflix is the world’s leading internet entertainment service with 158 million paid memberships in over 190 countries enjoying TV series, documentaries and feature films across a wide variety of genres and languages. Members can watch as much as they want, anytime, anywhere, on any internet-connected screen. Members can play, pause and resume watching, all without commercials or commitments.

Jio MAMI Mumbai Film Festival with Star is the most immersive and comprehensive program that celebrates the diverse cinematic voices of our country through an international annual platform that instills pride in audiences and unites the film fraternity. The festival is organized by the Mumbai Academy of Moving Image (MAMI), which was founded by a group of film industry stalwarts in 1997 and was conceived and created with an aim to engage film lovers from all walks of life, and to foster an ideal climate of good cinema across the country by presenting the best of global and Indian cinema. The academy’s vision is to celebrate cinema by hosting the annual international film festival in Mumbai, India’s film and entertainment capital.