Veteran Music composer, Jatin Pandit’s (Jatin– Latin) son Raahul Jatin marks his debut in the music industry with a groovy yet melodious single ‘Aankhon Ke Ishaare’ which released today on Zee Music Company’s youtube channel. Composed and sung by Raahul Jatin, Aankhon ke Ishaare gets you to tap your feet instantaneously while the sublime melody of Raahul’s voice rings in your ears even when the song is over. 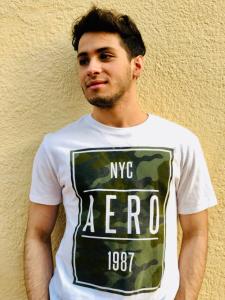 The freshly brewed number is padded up with a refreshing video featuring Raahul and Simone in an intimate dance choreographed by Shazia and Piyush. The vivacious energy and grace which the young performers bring on screen are a visual treat. The song is beautifully penned by Kumaar, mixed & mastered by Eric Pillai and the groovy music composed and sung by Raahul will make you hit the replay button.

Raahul has been training in classical music under his father’s (Jatin Pandit) strict tutelage from a tender age of 5 and credits his sound foundation to him. Apart from training in music he has taken up formal training in Bollywood freestyle dance from Shiamak Davar and acting from Lee Strasberg Theatre and Film Institute in Los Angeles.

Talking about his debut Raahul Jatin said, “The melody took about 4 days to compose and after that I roped in few of my American friends who are music producers and we punched in the groove. The video was a true learning experience, we shot it whole in one day. Tiring but genuinely exciting. I have done back flips, and cart wheel in the song. Digital music is just not listening to a song- its seeing as well. You have to be more than just a singer for the audience to connect with you. The song is also very different from the trending ones”.

Talking about his son’s debut veteran Music Composer, Jatin Pandit stated, “Raahul has been a very dedicated pupil from childhood. We never pushed him to take up music. It came to him as a calling. Once he decided, we ensured he observed discipline to cultivate a good voice quality. In this generation, music is served with a lot of frills but if a singer’s voice quality is compromised then the very foundation becomes weak. I was careful that Raahul should not get swayed by the distraction of glamour. The rest is totally his doing. There is a lot of competition out there and it is a tough profession that he has chosen. His talent and dedication will determine his future from here on”.