Amidst the treasure trove of films to be screened from around the world in this fabulous festival of cinema, it so happens that the desi gems tend to get neglected; especially the tinier ones which would be as lost in the theatres (i.e. if they do miraculously manage to get a theatrical release) as they are in the glossy catalogue of the 20th Jio MAMI Mumbai Film Festival.

So, here’s an attempt to bring into spotlight some of the Indian movies from across various sections that we feel would be worth a watch:

Plot: A village bangle seller and his wife cannot conceive a child; the villagers gossip. In this close-knit patriarchal community in Karnataka, hidden desires and relationships find a way to exist. Will the husband’s secret ever come out?

Why watch it?
Regulars of MAMI wouldn’t forget the delightful Thithi very easily. Gowda had written the screenplay of the Jury Grand Prize winner of the 2015 edition of the festival. If that isn’t reason enough to watch Balekempa then how about this citation by FIPRESCI while bestowing it with an award – “For its subtle and delightful portrayal of a universal theme against the background of a rich local culture.”

Plot: Bulbul, a school-going teenage girl in rural Assam, falls in love. On the cusp of adolescence, a tragedy strikes her best friend. Bulbul — free spirited, rebellious, and stubborn — begins to question herself and her love life. Caught amid adolescence, love, and secrecy, mixed with passion and mindless societal dogma, Bulbul nevertheless strives for survival and freedom

Why watch it?
Rima Das made heads roll when her indie feature Village Rockstar was chosen as India’s entry to the Oscars just a few weeks back. It had also won the Golden Gateway Award at this festival’s last year’s edition. She tells stories from a land which has remained far neglected for a long long time from the mainstream consciousness of this nation. Bulbul Can Sing was also screened in the Contemporary World Cinema section at the Toronto International Film Festival this year.

Plot – Home, considered the safest space for women, is where casual sexism and entrenched misogyny play out in everyday routines of countless women across the world. Sivaranjani and Two Other Women captures the micro awakenings of identity, space, and self-worth when family dynamics, early marriage, and pregnancy threaten to usurp the individuality of three different women, unfolding across three different time periods.

Why watch it?
Though there’s no denying the importance of the necessary #MeToo movement, it is limited mainly to the English speaking elite in India. A large section of abused women in this country are sadly going to mostly remain unaffected by it.  So this film is quite timely and needed during these times.

Plot – Set against the backdrop of a beautiful hilltop village, surrounded by a dense forest and a decaying tea plantation, is the story of Sudha, an underprivileged woman who reaches here after getting married to Chandran. They stay with Chandran’s brother and ageing mother in a confined single room house with a make shift separation to create space for the couple. The room has a strange light without a switch, which changes colours often. While Chandran calls the light his invention of a lifetime, it deprives Sudha of her privacy and begins to haunt her. Adding to her woes, Chandran physically exerts his dominance over Sudha. Amid deep trauma, Sudha realises that she doesn’t have any support and decides to fight.

Why watch it?
We at MAM strongly believe that the Malayalam film industry’s output in the recent past has consistently been of high quality. And this one was adjudged as the Best Feature Film at the Kerala State Awards. So needless to say, we highly recommend this film.

Plot – Eight-year-old Hamid learns that 786 is God’s number and decides to try and reach out to Him by dialing it. He wants to talk to his father who, his mother tells him, has gone to Allah. One day the phone call is answered, and two lives shattered in the strife of Kashmir find a way to be complete again.

Why watch it?
Doesn’t the poster and the plot exude an irresistible charm? And how many honest Kashmir movies have we had? Reason enough to give this promising film a watch, we believe. 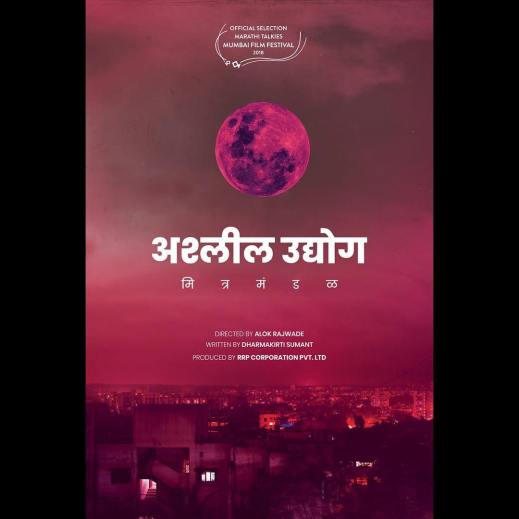 Plot – When the epitome of female sexuality, the iconic Savita Bhabhi, comes in 21-year old Aatish’s dreams, he invites her to be the chief guest of the local dahi handi festival. Aatish, spellbound by the magical lady who has seen it all, drives himself and those around him into a state of frenzy

Why watch it?
Not just for the quirky plot but also the people behind it like Alok Rajwade, Abhay Mahajan, Parna Pethe – the most promising young actors of Marathi cinema – and even the editor (Makarand Dambhare) and cinematographer(Satyajeet Shobha Shreeram) who have worked on the highly acclaimed Lathe Joshi before. 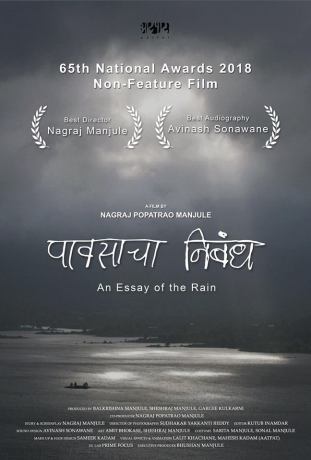 We have confirmed from those who watched the film that the plot in the catalogue is wrong. Basically, the film explores the dichotomy of rains through the story of an underprivileged school boy in rural India.

Why watch it?
Yes, it’s the same Nagraj Manjule of Fandry and Sairat fame. And the film has even won the National Award for Best Direction.

These are the Indian films we feel would be worth a watch. If you would like to add films to the list, please feel free to let us know in the comments.