Winner of the National Award for Best Non-Feature Film for Amdavad Ma Famous (2015) & co-writer of Trapped (2017), Hardik Mehta is now all ready with his first feature film as director, Kaamyaab which is now going to be having its world premiere shortly at the prestigious Busan International Film Festival. Here’s what Hardik had to talk to us about Kaamyaab & more.

Kaamyaab is an ode to the character actors of our film industry popularly known as the ”third wheels”. How did the idea germinate?

I love trivia and I love movies and if you combine both of them, it’s a heavy cocktail that Indians loved to get high on. As a storyteller, I have always loved to quote things to people, which they had heard but didn’t know exactly. For eg: Not many would know that the iconic dialogue ‘Hum jahan khade hote hai line wahin se shuru hoti hai’ – was not spoken by Amitabh Bachchan in the film Kaalia. The dialogue was of actor Bob Christo. He speaks it first in the jail and then Bachchan follows it with a retort and eventually announces: ‘Hum BHI jahaan khade hote hai, line waheen se shuru hoti hai’.

When I first got to know this trivia I was so fascinated that imagine one of the best dialogues of an Indian film came from a character actor and not the Hero. Then I started looking at my favourite films and their dialogues and suddenly again it dawned upon me – the last dialogue of an iconic Jo Jeeta Wohi Sikandar was again Asrani coming and ending the film: ‘Ramlal ji aaj mein bhi maan gaya, Jo Jeeta Wohi Sikandar’. So the idea to find something about that guy who always stood besides the Indian hero came from there. I used to imitate Sudhir, Asit Sen, Om Prakash during my college skits and when the time came to pick my first film, I thought why not them? And that’s how the idea of Kaamyaab germinated.

The advent of ‘new age cinema’ brought its drawbacks. The character actor who used to be on the film posters was no more around to be seen. Everything about Hindi cinema became about a HERO! And that made me curious, that when did this transition happen?. When did Johnny Lever sir leave the posters, while still being in the film? Thus I thought its very important for Kaamyaab to get made.

Will we also get a sneak peak into behind-the-scenes of our film industry through this film a la Luck By Chance?

I was so moved when I first saw Luck By Chance in 2009. It is a landmark film. 2009 was also the year when I had just landed in Mumbai and I wanted every friend, cousin and relative of mine to watch this film. I had even managed to message Zoya Akhtar through the Make up designer of the film Shabana Latif, with whom I was working on another film. I was inside a BEST bus when Shabana forwarded me her reply too. It was surreal. With Kaamyaab, I think more than behind the scenes, the sneak peak is about the character Sudhir which is played by Sanjay sir. Once upon a time he was the character actor in the movies of 80s and 90s and now where is he and what does he do to become relevant again.

Did you always have Sanjay Mishra in mind to play the lead?

Of course! I always wanted the audience to feel as if they are watching an actual character actor’s journey and also at the same time they should not miss ‘a hero’ in the film. And with Sanjay Mishra I got the double package – the experience of the life of a character actor that he has lived and the charm of a protagonist who can hold the whole film along with other actors like Deepak Dobriyal, Sarika Singh and Isha Talwar. 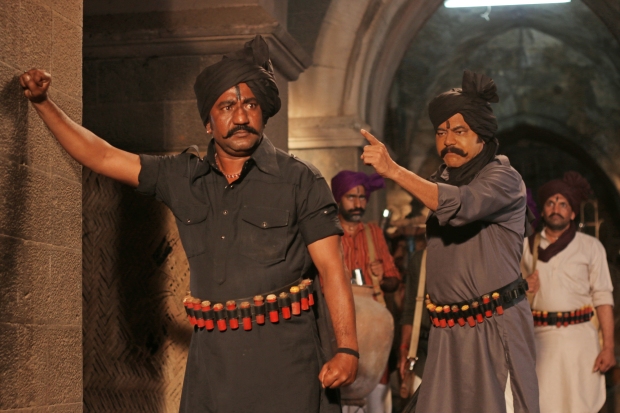 How much did his own experiences as a character artist add to the script?

Sanjay sir, himself has been a part of a huge number of good and bad films, so he brought so much of texture, humor and pathos to the film. He was involved with all the looks that we did on him. He would add elements like a smoke pipe, like a horseshoe moustache, like the pointed heel shoes and so many elements that elevated the film. For eg, one day while discussing a scene in Kaamyaab, he asked me, ‘In 1996, I must have acted in a film called ‘Sadhu Ki Vardi’, Iss film ka shoot kahan hua hoga? – So I said ‘sir your character must have been to Film City to shoot this, he said: ‘Ooty, Ooty mein hua hoga iss film ka shoot’. And I cracked up. You know how in the 90s almost every other film was being shot in Ooty, in fact an actor also had a line production company, hotels, sets, gardens ready for the whole film’s shoot. So nuances like such all came from him. In fact even Deepak Dobriyal was so involved in the film and he told me that this is a subject that is so close to my heart. He gave some of the funniest lines to us while improvising.

The surprise package of Kaamyaab will be Sarika Singh and Isha Talwar. Both fantastic actresses and have done a fabulous job that has taken the written word to the next level.

Did the Busan selection come as a surprise given that they curate and screen a particular genre of films only?

Yes I was surprised with the selection. But that’s the thing about global film festivals, you might never know what they pick. Also it reinstates our faith in making the film the way we want and not make it in  a way that appeases the festival audience or the global audience. We just make a film like as if I was back in the 90s and suddenly I had got the power and resources to make a film, then this is the film I would want to make.

Do you have a tentative theatrical release date in mind?

Eros International and Drishyam Films have joined hands to do the co-production. So they are looking forward for a release date, which might get confirmed

Student of Cinema. View all posts by Abhishek Chatterjee