The last time we saw the ‘Superstar’ on screen, it was an out and out Pa.Ranjith movie that happened to feature Rajinikanth. While the movie KABALI did throw the spotlight on topics of Dalits and Tamil migrants in Malaysia, it essentially failed to oblige the hardcore Rajini fans who expected something more commercial than the lukewarm gangster movie that they were served with.

So, it was surprising when Rajinikanth gave the nod for yet another Pa Ranjith venture immediately after. But the silver lining was that it was to be produced by Dhanush and in him, one saw hope. At least a more mass-friendly feature was definitely on the cards and I am glad to say, the team has managed to deliver just that this time around.

Yes, Rajinikanth’s latest release KAALA ‘Karikalan’ remains a socio-political movie, but it is a star venture done right with enough moments for the fans to rejoice. It showcases the actor’s charm, swag and style in a much complete manner leaving the fans with a lot less to complain about while still hitting on the battle between the haves and the have-nots. 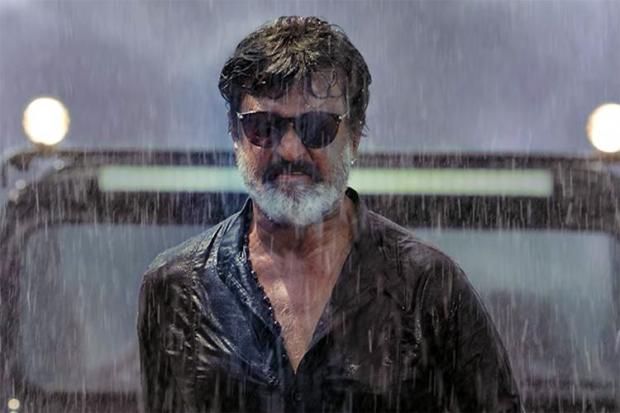 KAALA the movie puts the focus of the Dharavi slum dwellers, mainly on the large section of Tamil migrants who has made the place their home and is now  waking to an ever recurring struggle to keep  away the state machinery from evicting them from their homes in the name of ‘development’. It is essentially the battle for the land and Karikalan (Rajinikanth) stands in the middle as a big barrier. This father of four is a ‘godfather’ like figure in the slums, well respected and not many will dare to go against the man.

Karikalan’s ex-flame Zareena (Huma) comes back into his life but her goal is to develop the slum with promises of a better infrastructure with the help of the state. However, Karikalan is quick to dismiss all these attempts as nothing but mere plans disguised to rob the dwellers of their shelter.

It becomes obvious when the politician Hari dada (Nana Patekar) shows up in Dharavi crossing swords with Karikalan in the claim to the coveted land. 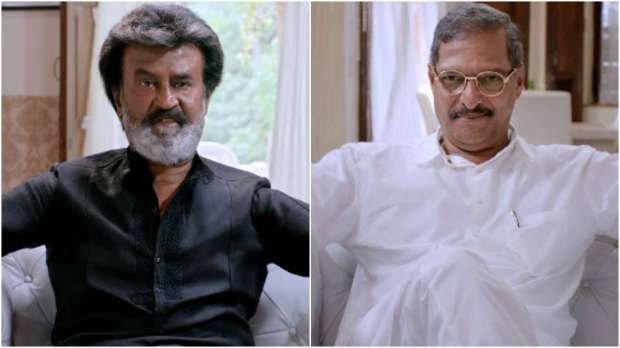 Rajinikanth plays to the gallery and how. The screenplay affords ample moments for the crowds to go wild as Rajini displays his comic, emotional and action avatars with ease. Be it the bridge fight sequence, or the police station sequence (an uncanny moment where our hero repeatedly asks a politician only one question– ‘who are you?), Rajini shows us that there is no one as stylish and charming as this man on screen.

But thankfully, the beauty of KAALA is that even the supporting actors all get to shine even with the presence of someone like Rajini. Be it Samuthirakani as his drunkard buddy, Easwari Rao as his wife, or Anjali Patil as the feisty Puyal, or Manikandan as Lenin, all manages to give life to their characters. Huma Qureshi, though, I felt was a miscast and it really required a more mature actress in that role. Pankaj Tripathi, though, is wasted as the police officer.

The most important thing that the movie gets right is the antagonist. The last few Rajini movies clearly showed that it had a ‘villain problem’ as none was as memorable as a Mark Antony of Baasha or Neelambari of Padyappa.  But Nana Patekar, being the powerhouse that he is, proves a fitting foe for the colossal starpower of Rajini even though he gets a standard villain template mouthing slogans like  ‘Jai Maharashtra’ and ‘Jai Shree Ram’. Their onscreen rivalry sizzles and crackles and paves way for several key confrontation sequences that is sure to whet the appetite of the audience. 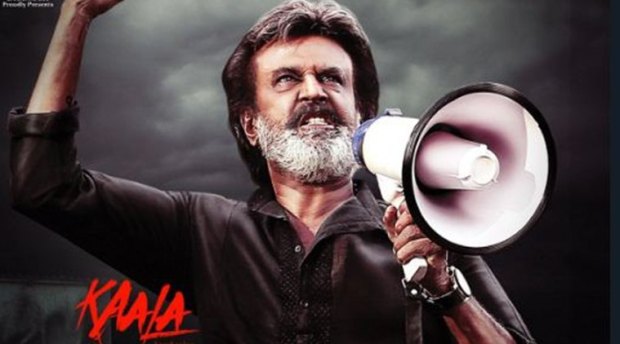 KAALA betters their previous KABALI in almost all aspects. There is a more fluent screenplay, with much better performances and stand out sequences. The movie does keep oscillating between an standard Rajini film to a more preachy Pa Ranjith venture, but the makers have managed to successfully take a middle path without toppling over to the lows of the mind-numbing  ‘star’ vehicles Tamil audiences are usually subjected to.

The soundtrack from Santosh Narayanan though does not reach the Kabali heights.  One does find some of the noteworthy ones like Kannamma, Kaatravai, Nikal Nikal are all relegated to the background but does manage to function well within the screenplay without hampering the flow. The dialogues are strong and the mix of Hindi, Marathi, English along with Tamil helps to keep the lingo real.

The film could benefit from a little trimming but the final product is still one of the best Rajini films in recent times. You could debate and argue about the politics and the ideologies it wears on its sleeve, but if you keep the politics away, there is no denying that at 67, Rajinikanth still has the star power like no other and director Pa.Ranjith has managed to bring that out this time with KAALA without compromising much in the name of ‘entertainment’.