What does it take for somebody to stand up and raise their voice? What would make an ordinary man, accustomed to playing a cat and mouse game with the system, finally say enough is enough, and decide to fight back, irrespective of what happens to him? And if, and when, he actually does fight back, can he fight fairly, against a system that’s rigged to win 99.9% of the time, a system that he has only encountered bits and pieces of, but never truly encountered or experienced?

Vikramaditya Motwane’s new directorial venture attempts to answer these questions and more, but is Bhavesh Joshi, a long in the making movie that’s seen different leading men attached over time till Harshvardhan Kapoor was selected, a fresh enough subject to keep the audience entertained? 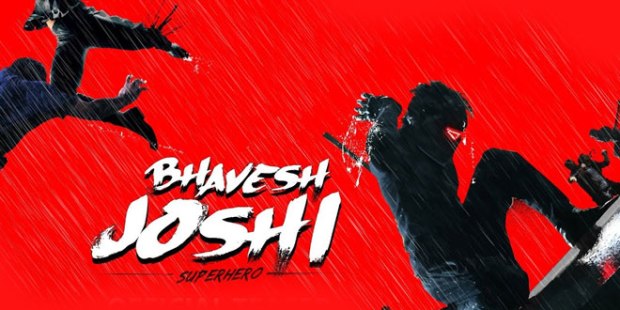 Bhavesh Joshi begins during the heady days of the India against Corruption movement in 2011, with 3 young students, Sikandar (Harshvardhan Kapoor), Bhavesh (Priyanshu Painyuli) and Rajat (Ashish Verma) participating a tad too enthusiastically to the extent of getting themselves arrested for a lark. In full earnest, Sikandar and Bhavesh even start a vigilante movement called Insaaf, dealing with small time violations like people urinating in public, unlawful cutting of trees, going the wrong way on a one-way etc.

But as time marches on, Sikandar and Rajat get caught up in their careers, the former even getting an offer to move to Atlanta, but Bhavesh soldiers on with Insaaf, right up till the moment he comes across the activities of the local water mafia, criminals who divert the rightful water supply of the public, hoard it, and are in the process of establishing a monopoly, led by the local legislator Rana (Nishikant Kamat).

Will Bhavesh’s idealism survive Rana’s machinations, even as it puts him and his friends on a collision course with the system? Can wide eyed idealism and youthful enthusiasm make a dent in the system, or will the blowback take down the youngsters with it?
The first thing you notice about Bhavesh Joshi Superhero, is that, a lot of it, the disillusionment, the portrayal of the youth’s indifference, the idealism of a few, all of it seems so real, probably even coming from the personal experiences of Motwane who’s also one of the writers, along with Anurag Kashyap, and Abhay Koranne. But good intentions don’t necessarily translate well onto the big screen, and that is where the movie suffers.

One of the biggest flaws of the movie, is that it seems confused about what to do with its subject. Should it deconstruct the very idea of vigilantism, should it show what toll it takes on the men behind the masks, or should it venture down comic book territory? Unfortunately, the movie tries to do all of the above, and ends up making an absolute mess, especially in terms of pacing, where the writing takes 5 minutes to show a scene that could have been shown in 2.

The saving grace of the movie is its cinematography, by Siddharth Diwan, who captures the dystopian nature of the urban jungle, that is Mumbai today, and the frustration of the youth, trapped within its walls.

The movie’s biggest failing is in the casting of Harshvardhan Kapoor, who lacks both charisma and intensity to play a young vigilante, and ends up with a rather lethargic performance, dragging the movie down with it. Priyanshu Painyuli however is brilliant, and an actor we’d love to see more of, as is Ashish Verma. Nishikant Kamat is sufficiently menacing as the manipulative Rana, but one does feel that his part was a tad underwritten.

To sum it up then, Bhavesh Joshi is a lot like its vigilante protagonist, it sets out with good intentions and a lot of enthusiasm, but ends up in over its head and leaving the audience with a lingering feeling that this could have been so so so much more.