With highly acclaimed films like Hazaaron Khwaishein Aisi, Dharavi and Chameli to his name, Sudhir Mishra is one of the most acclaimed directors of the Hindi film industry.

His latest feature Daas Dev is an adaptation of the Sarat Chandra Chattopadhyay’s novel Devdas. Despite getting adapted on the big screen numerous times, trust Mishra to add his own flavour to the tragic tale.

He got talking to us on the film. Here are excerpts from the interview:

What made you helm another adaptation of Devdas considering that there have been several versions already made earlier?
A director’s technique and his worldview, his take on life or on anything can be different, but there has to be some source of inspiration. The thought about this movie came to my mind when a friend of mine, Pritish Nandy asked for an adaption of DEVDAS. It then struck me that DEVDAS and Hamlet are similar and that is how the Shakespearean angle walked in. Then I thought of the structure as to how Paro and Dev are kind of interconnected in a relationship with a class difference, so I made Paro’s father a secretary to Dev’s father.  Then I thought about what happens when Dev’s father dies there will be a rift between the families- they still live in the outhouse of Dev ’s kothi, but the families don’t talk and so when Dev and Paro separate, their separation becomes a political one. Paro then came out of the Kothi in which she was confined, she stood up and became a political rival to Dev. Then I thought about, Chandramuhki, who could she be in a modern world? Which is when the thought crossed my mind- what if I make her a political fixer, manipulator, seductress people who make deals between politicians and businessmen?  Then I thought that’s the kind of women that today a politician would know but they won’t acknowledge that they know. That’s when I decided to tell a story of these 3 main characters within the framework of power and politics. 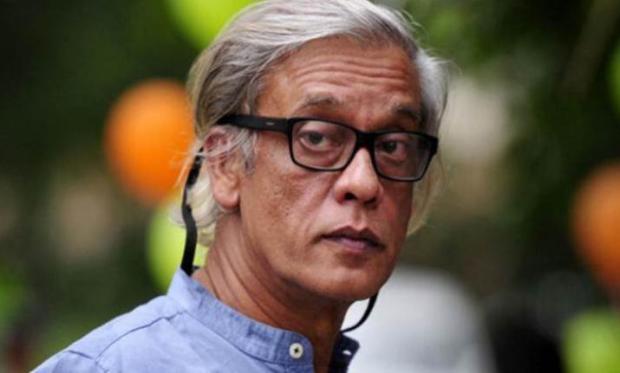 What’s the USP of Daas Dev, according to you? What sets it apart from the other Devdas versions?
Devdas is an interesting character, some people call him a loser but again it depends how you define a loser.  There are many things in Devdas like class divide, social structure but also it’s about a man who destroys himself because he is a sense destroyed the life of the woman he loved. The character has in a way become a metaphor in love. In my film, my Dev is not the same but the crux of the character could be similar.  He is a guy who is operating from a wrong that he has committed towards his love, in this context it falls within the premise of a political dynasty. Politics becomes an interesting base to spring from. He is someone who questions himself and then acts in a particular way. In my film, he acts differently than in the original. I think its an interesting character and a lot of people would like to reinterpret him, maybe this could be the last of Devdas or there perhaps another one.

How did you go about casting for the film?
I wanted a blank slate. I saw Anurag Kashyap’s Ugly and I thought Rahul is a good actor and he looks like a Khandani guy from a dynasty. I needed this actor to break himself down and then emerge as a hero. I thought Rahul who is a terrific actor with no stereotype of an image. He has a specific persona and some sort of a natural arrogance which worked best for me. Then I saw ‘Paro’ in this funky rooted independent, and very much her own person and I thought of Richa. She came into my mind, I went to her, and she agreed. I wanted Chandramukhi who is the manipulative fixer in my film, but she has this fatal flaw of being in love with Dev, so there is a certain versatility in her beauty- softness, grace yet a seductive quality, so I thought of ‘Aditi’- and she agreed. Saurabh is in most of my films so whenever I get confused who to cast I turn to him, and he is a great actor and can fit into any role. His character is not therein the original novel,  it owes more to Shakespeare, and he is the main antagonist, the person who represents power or is power himself. Vipin Sharma has also been in few of my films and portrays this complex older man who is also a bit of Rasik (Humorous). Then I was looking for someone who has his roots from UP so I cast ‘Anurag Kashyap’. When you write some actors come to mind and everyone I thought of, all said yes. 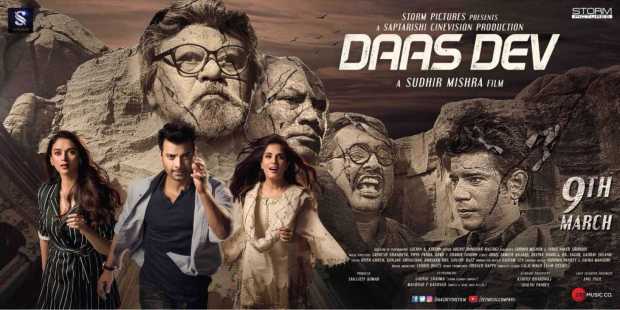 With Inkaar previously & now Daas Dev, is there a conscious attempt from your side to do more mainstream subjects? If yes, why?
I don’t try to analyse my films but the idea is to connect with more and more of the film going audience.

You have touched upon a wide variety of subjects & genres with your films so far. Is there any particular kind of film/genre that you are keen to explore now?
Yes, I would like to try out the musical genre.
How would you compare Daas Dev with your own earlier works in terms of the output?
Daas Dev is a film about people who break the shackles in quest of some freedom.  My films sort of state in some sense that we are not living in the best of all possible worlds so I mean this could be a common thread whether ‘be it Inkaar’, ’Yeh Woh Manzil Toh Nahi’, ’Dharavi’ or  ‘Hazaaron Khwaishein Aisi’. I think as a filmmaker my quest is the same. I’m trying to comprehend the world we are in and the possibility of love in that world. The possibility of love is always thwarted in this world because structures kind of control the world and I think this is an intrinsic part of my filmmaking journey. 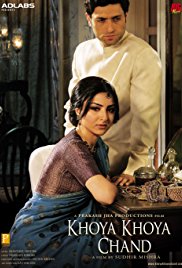 I think I like ‘Hazaro..’, ‘Dharavi’, ‘Khoya khoya..’  and also ‘Inkar’  then the fun of ‘yeh sali..’  I don’t know how to pick one film-  that’s not my job, it’s tough. Everybody has their own choice, a lot of people got upset with ‘Inkaar’ because they thought I have made a complicated film about sexual politics and what happens thereafter, though I was totally on the side of women. People don’t like ‘khoya Khoya chand’ but I really like it and it’s about nothing and so many things at the same time.  It’s a difficult film to make because I took the 60’s structure of filmmaking which compartmentalizes people into types and so the hero was not heroic and the villain had nice feelings the vamp wanted to be graceful and ambitions towards performance and art, the heroine was not virginal, pure, the friend didn’t want to continue as a friend, he wanted the heroine. I think I could communicate the way I wanted to.  I really liked the film and I like the music, so our job is to make films I make films as they come to me, after this the film is up to the audience to as they want.