Kuchh Bheege Alfaaz has opened to glowing reviews by the critics. National Award winning director of the film, Onir, who’s made highly acclaimed films like ‘My Brother Nikhil’ and ‘I Am’ before, talks to us about this latest venture. He has lovely things to say about the screenplay of the film written by our very own Abhishek Chatterjee and a lot more: 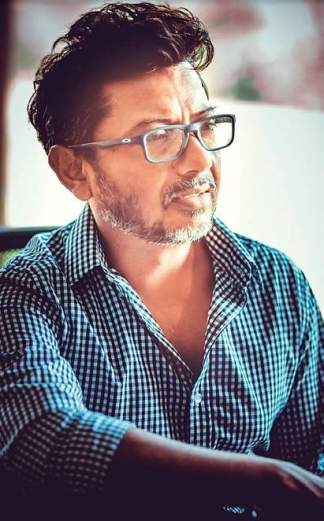 From the trailer Kuchh Bheege Alfaaaz seems like your most light and upbeat film till now. Was it a conscious decision to make a film with such a mood?
No, not really. I first came across the screenplay at Drishyam Sundance Lab. What I loved about it was that despite being a refreshingly light romance, it was layered. It was then that I decided to make the film.

Was it difficult finding an actress ready to play a character with leucoderma?
Actually I had always thought of working with Geetanjali Thapa before. I had seen her performances and loved them. So I approached her with the script and she loved it too. So it wasn’t very difficult. But, yes, if I was to go around casting someone in the role the traditional way, it would have taken quite long.

Any particular reason behind setting the film in Kolkata?
The screenplay was set in Delhi, but Kolkata has a romance to it which few other cities have. The film begins and ends in a tram. Even the rains in Kolkata have a romance to them. That’s why I thought of changing the setting from Delhi to Kolkata.

Do you think after the success of films like Newton and Bareilly Ki Barfi the industry has become a little more receptive to new ideas.
Yes and no. The success of these films is really heartening for a filmmaker like me. But a Bareilly Ki Barfi has no revolutionary idea. There’s nothing radically different. Someone like a Hrishikesh Mukherjee has done films on similar lines decades ago. Of course, with time the texture of films change. Also, lot depends on the actors you will be casting in your films. If you are deciding to cast new actors, then it’s still very difficult to find producers.

What project are you working on next?
I am working on a romantic comedy titled Driving Lesson. It stars Tannishtha Chatterjee in the lead role.