Ever since I have started to take an interest in film editing, I have learnt how crucial editing is to the documentary. More often than not, a documentary film gets made on the editing table. While shooting a documentary there are far too many elements out of your control, so the use of determining the structure of the film in a screenplay is quite limited.

There are a number of blogs, website and video channels that help you know more about the craft of editing (documentary as well as fiction films), but nothing beats a live interaction with a stalwart in the field. So when I learnt of a Masterclass on ‘Constructing the Documentary Narrative’ was to be taken by veteran editor Jabeen Merchant at the ongoing Mumbai International Film Festival (MIFF), I made it a point to attend it. And as expected, it was quite an enriching experience. These were the major takeaways from the Masterclass:

Documentary Should Always Tell A Story
She was of the firm belief that a story of some kind should always be told even in a documentary. She held the boring, preachy documentaries responsible for giving the genre a bad name. The basics of both documentary and fiction film editing remain the same – you have to try your best to tell an engaging story from the footage shot. Most documentaries get caught up with just the issue that they are about. It’s not just what the film is about that engages an audience, rather it’s the way you present the subject that matters more. 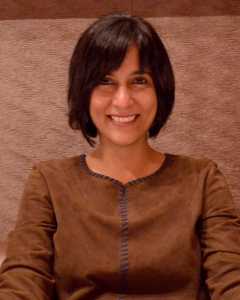 Grabbing Attention With The Opening Itself
Filmmaker Steven Soderberg believes that within the first three shots of a film he can determine whether or not a film knows what it’s doing. He calls it the Three Shot Rule. Jabeen Merchant not only concurs with that thought but employs it into her films. She showed us opening clips from her documentaries like The Last Adieu, Q2P and Till We Meet Again. I, for one, was blown away by each of the opening scenes. Not only did these clips grab our attention with the craft on display, but also got us interested with the subject of the documentaries.

Taming The Footage
In these days of iPhones being as good as some professional cameras, footage is shot in such quantities that an editor can get lost in it. So one of the most primary steps in the edit of a documentary is organizing the footage. The better you organise, the easier it will be for you to make editing decisions. She particularly stressed the importance of transcribing interviews in such details that you also note down the pauses and other aspects.

Finding Mini Narratives In The Larger Narrative
You can get intimidated by the tonnes of footage and wouldn’t know how to go about editing it. Merchant insisted that if you keep looking a logic will emerge. The material itself will show you patterns. You will identify some smaller chunks that will just have to be put together.

Actively Involve The Director In The Edit
Filmmaking is a collaborative process, it cannot be made in isolation. She said that she keeps discussing the film with her directors. She bombards them with a barrage of questions, even enters into heated arguments. It is highly essential that an editor understands the vision of the director, otherwise the end product will never be satisfactory.

Every Cut Should Be Deliberate
There should be a reason behind every single cut. It can be because of some movement or colour or lighting, but always cut with a motive.

Editing Should Be Deceptively Simple
The veteran editor admitted that she might be old school in believing it, but she feels that editing shouldn’t draw attention to itself. It should do its job seamlessly.