There is something to be said about the durability and versatility of the road movie , a genre like no other, for the way it lends itself to so many different interpretations. It can be used as an allegory for a character to either find oneself through the journey, or even lose oneself. Sometimes, it’s about the destination, and sometimes it’s about the trip. And it is a genre that allows for a certain amount of meandering, so to speak , not to mention the delicious prospect of an interaction between differing characters, from varying walks of life. So, as one walks into the theatre on a Friday evening, the only question is, what does Qarib Qarib Singlle have to offer the viewer? 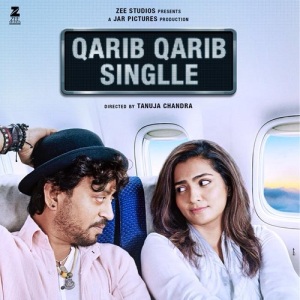 Jaya (Parvathy) is a widow whose life seems to have fallen into a rut involving work, household chores and babysitting the children of her unappreciative friends. One evening, she decides to register on a dating site just for a lark, and ends up connecting with a seemingly charming stranger, who immediately asks her out for coffee. Over coffee, she realizes she’s instead meeting the loud, talkative and seemingly brash Viyogi (Irrfan), a gadabout who’s made his fortune in the food industry, and is more than glad to rest on his laurels.

But when Viyogi asks Jaya to join him on a road trip to help him attain some semblance of closure with his 3 ex girlfriends, she decides to give in to her impulses and tags along. Does Viyogi find closure on the journey? Will he be able to shake Jaya out of her inert and cocooned life? Can Jaya learn to switch off from the drudgery of everyday life and be able to take time out to smell the roses?

Tanuja Chandra who burst on to the scene in the 90s with two well made remakes, Dushman and Sangharsh makes a comeback to the big screen after almost a decade, with what could have been an absolutely compelling tale of 2 contrasting individuals. But the writing, by her and Gazal Dhaliwal, falls flat right in the beginning, with its biggest flaw being that it seems to look at Jaya’s life in a rather judgmental manner, as though being single is a bad thing. If that wasn’t enough, the characterization is extremely superficial, so much that it alienates the viewer almost instantly. 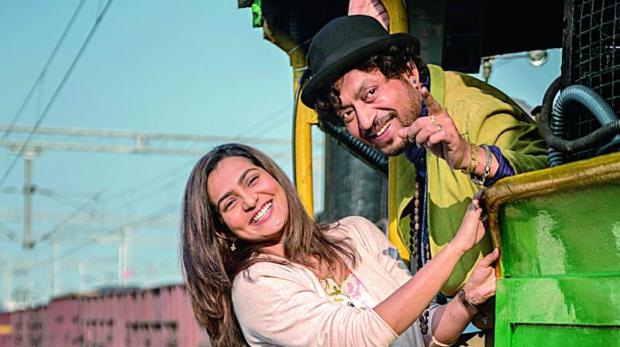 Add to that, the screenplay’s attempts to be clever, by having Parvathy’s character break the fourth wall frequently, looks forced, and fails miserably. The reason a movie like Piku worked in spite of a wafer-thin plotline, is because Shoojit Sircar and Juhi Chaturvedi created a living, breathing world around the characters, and even the minor parts were given a certain heft, which is missing here even in the leads.

Irrfan Khan as Yogi manages to make the audience laugh sporadically with a few one-liners that hit the mark, but this movie is a sign that he’s beginning to get stereotyped as the fast-talking , past his prime, singleton. Parvathy is absolutely endearing as the buttoned up Jaya, but even a performer of her calibre can’t do much with such shoddy characterization. Neha Dhupia, Brijendra Kala, Isha Sharwani and Luke Kenny show up at random points in the movie, with only Brijendra Kala managing to get a couple of memorable lines.

To sum it up then, Qarib Qarib Singlle is a disservice to the genre, and a criminal waste of talented performers.