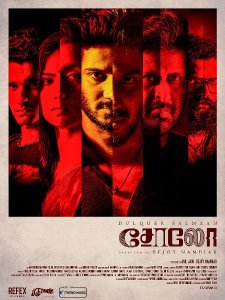 There is a certain synchronicity to the elements, that can’t be described with words, but can only be experienced, and the same can be said about Bejoy Nambiar’s works. Right from Shaitan, David or Wazir, it is quite evident that he is a rare breed of filmmaker who enjoys experimenting with content, visuals and storytelling tropes. Solo can be termed as a homecoming of sorts, considering that it is the first time he’s narrating a tale in his own tongue, Malayalam. However, the real question is, does Solo finally find balance between form and content, the balance that has been sorely missing in his previous efforts?

The basic concept of Solo is to address 4 out of the 5 elements AKA Panchabhootham and give them a visual form, represented by the protagonist, Dulquer Salman, playing 4 different parts in 4 different stories

World of Shekhar (Water): A tale of unblemished love between two physically flawed individuals, Shekhar and Radhika, (Dulquer Salman, henceforth referred to as DQ in the rest of the article, and Dhansika) or two defective pieces as they term themselves, and the question of its survival among familial opposition, and societal acceptance?

World of Trilok (Wind): Two accidents, 1 involving a beautiful young woman, Ayesha (Arthi Venkatesh), another involving a man utterly devoted to his family (Anson Paul), and both connected by a name, Trilok (DQ)

World of Siva (Fire): Two urban jungles, Kochi and Mumbai, Two brothers Siva and Siddhu (DQ and Roshan Manoj), Two ganglords (Manoj K Jayan and Prakash Belawadi), a young mother, Rukku (Sruthi Hariharan), all connected by the actions of one woman, leading to a journey of vengeance, and extracting more than its share of blood. 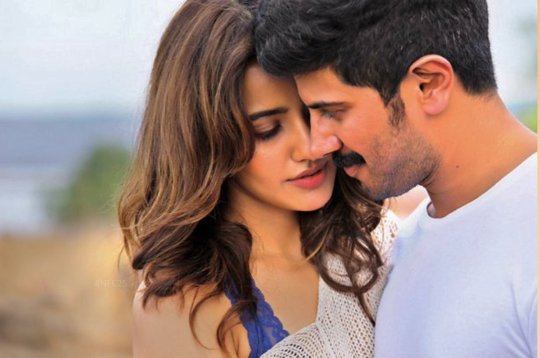 World of Rudra (Earth): A mercurial young soldier Rudra (DQ) indulges in a passionate affair with a spirited beauty, Akshara (Neha Sharma) under the doting eyes of his parents (Nasser and Suhasini), but as circumstances change, will their dreams of marriage ever come true or will the wheel of time ruthlessly crush it?

First of all, kudos to Bejoy Nambiar to even dare attempt a concept as challenging as this and bringing it to the screen. The writing for the most is potent except for a couple of dull bits in the first half, and it combines with the stunning cinematography by Girish Gangadharan, Madhu Neelakandan and Sejal Shah, to end up being a memorable cinematic experience, with special mention of the World of Siva, which might just end up being the best 45 minutes you’ll have witnessed on screen in 2017. Add to that the brilliant soundtrack helmed by an eclectic bunch of musicians like Masala Coffee, Thaikkudam Bridge and Agam, and you have a feast for the senses.

Dulquer Salman has been going from strength to strength with each movie, and he is at the top of his game here, be it as the maniacal Shekhar, the no-nonsense Trilok, the brooding Siva or the smitten Rudra. It is not an easy task to play 4 different characters in a single movie and ensure all of them make an impact, and yet Dulquer achieves it. The rest of the massive cast all chip in with fine supporting performances, but a special mention needs to be made of Roshan Manoj, Manoj K Jayan, Dhansika and Sruthi Hariharan, all of whom add that extra lustre to their respective portions.

To sum it up then, Solo is a cinematic experience so visceral, it almost makes you wish you’d watched it without subtitles, and just let the visuals do the talking.