Skip to content
The corporate entitty ‘Refex Group’ is entering into movie production in the name of ‘Refex Entertainment’headed by Mr.Anil Jain in collaboration with ‘ Getaway films’ , through the movie ‘Solo’, starring Dulquer Salmaan and directed by Bejoy Nambiar. This is a bilingual made in Tamil and Malayalam. On occasion of hero Dulquer Salmaan’s birthday, a team introduction press meet was held in Chennai yesterday. Ace director Mani Ratnam and cinematographer Rajiv Menon took part in the gathering. 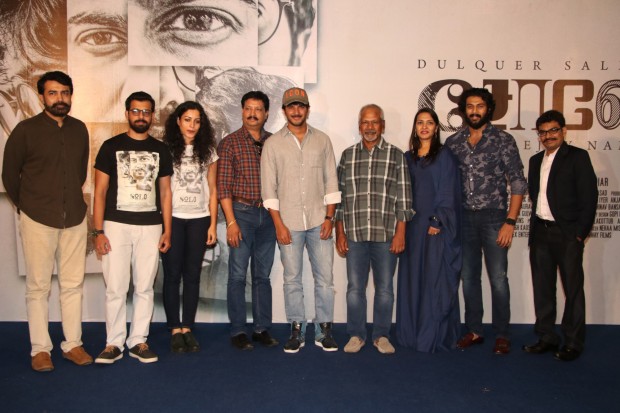 Director Bejoy Nambiar said, “I must say ‘Solo’ is only my first actual South Indian film because half of my earlier movie ‘David’ was dubbed only. Wheareas we have shot ‘Solo’ in Malayalam and Tamil separately altogether “. Dulquer Salmaan said, ” I am very fortunate with the directors and the movies I have got till now. I will always strive to give quality entertainers. Tamil and Malayalam audience are always encouraging good scripts. Doing the same script in two different languages at the same time is as big as doing 8 films. I thank Mani Ratnam sir for having come and attended all of my three Tamil movie functions. I feel lucky to be in a position I am now “.

Cinematographer Rajiv Menon said, “Nowadays we struggle to picturise even one song in a movie. But there are going to be 30 songs altogether in these two movies. I wish Dulquer a very happy birthday “Director Mani Ratnam said, “what Bejoy Nambiar showed us now is only the movie’s teaser. I am very much impressed with what i saw. It creates a lot of curiosity and interest “. Another highlight of ‘Solo’ is that it has 3 cinematographers, 11 music directors and 15 songs !!!

Here’s the teaser of Solo-