BookMyShow sells over a million tickets for Baahubali 2

BookMyShow today announced that it has already sold well over a million tickets in just over 24 hours for the one of the most anticipated movies of the year- Baahubali 2: The Conclusion. Even though the bookings have not yet opened across all cinemas, especially in the South where the film is expected to receive an incredible response, BookMyShow is witnessing a phenomenal traction across the country for Baahubali 2. 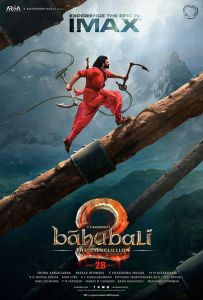 With this, BookMyShow has also already clocked its highest ever advance sales revenues for a movie, while the film’s release is still two days away. This record was previously held by Aamir Khan starrer Dangal.

Ashish Saksena, COO-Cinemas, BookMyShow said, “BookMyShow is experiencing an unprecedented advance booking for Baahubali 2. We have already sold over 1 million tickets across languages, even when the bookings have been live for just over a day. Though Baahubali 2 is largely perceived to be loved by South Indian audience, the response from Hindi speaking markets has been highly encouraging as well. Once all the cinemas in South come out with their schedules for the film, we expect the online ticket sales for Baahubali 2 to surge at an increasingly fast pace.”

BookMyShow, (Bigtree Entertainment Pvt. Ltd.), is India’s largest online entertainment ticketing platform that allows users to book tickets for movies, plays, sports and live events through its website, mobile app and mobile site. Founded in Mumbai (India) in 1999 and launched in 2007, BookMyShow is now present in over 400 towns and cities across India, currently meeting the entertainment demands of millions of customers. For more information, please visit www.bookmyshow.com.