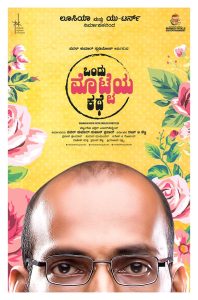 Directed by Raj B. Shetty and presented by Pawan Kumar of Lucia and U-Turn fame, Ondu Motteya Kathe is a forthcoming Kannada feature film that is produced by Pawan Kumar and Suhan Prasad. Featuring Raj B. Shetty himself in the lead, the film talks of a young bald man trying to find his soulmate, who would see the person he is and not the shine up his forehead. And in this journey of finding his true love, he discovers more about himself. Not only does he have a shiny head, he also has a dark spot in his heart. Will he find the girl of his dreams? Will he make his heart shine brighter than his head?

Ondu Motteya Kathe is going to have its World premiere at the New York Indian Film Festival on May 6th. This 130 minute film will soon have its theatrical release as well. Check out the trailer for now-