Shashank Khaitan’s Badrinath Ki Dulhania hit the theaters past weekend and this post is full of spoilers about it, so please read it only if you have seen the film.

In the one week run which completes today, the film would have collected a little over a 70 Crores Nett at the Indian Box Office. Quite a feat, for a film that is made in around 30 Crores (excluding P&A), with two actors who are less than 10 films old and a director who is just one film old. To give some context to the success, the film is, in essence, a more worthy sequel of the 2014 hit Humpty Sharma Ki Dulhania, both being produced by Dharma Productions. However, Badri does not share much with Humpty except for Alia Bhatt, the focal point for the feminism debate surrounding the film. 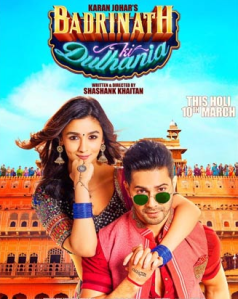 As is always the case with most successful films these days, Badri is being panned by a lot of people (while being widely liked by the audience). This ‘lot’ of people is essentially comprised of the social media aficionados, which I consider myself to be one as well, but then there are always some who don’t like a film for all the wrong reasons. Last I had written about people disliking a film for the wrong reasons was in my post on the Diwali releases of 2016, where Ae Dil Hai Mushkil and Shivaay were respectively branded as left and right wing films and critics’ preferences made for their political leanings. India’s social fabric is undergoing a sea of change and just as there is a so called fundamentalist ‘saffron wave’ in the larger parts of the country, the urban-thinking-social media audience has an equally strong liberal wave to counter it.  Almost everything that exists is seen through the filters of liberalism, freedom of thought and speech, feminism and a million other terms which our lives were never about until a few years ago. Everything is either a socio-political issue or not. And every one has an opinion, whether it is based on facts or not, discussed in lengthy posts like this on various platforms, all of it converging to our timelines without a hunch.

Poor Mira Rajput, Shahid Kapoor’s wife, had to face so much flak for justifying her choice of being a homemaker. Why? Only because she used a comparison in her statement which was not acceptable to the ‘evolved’ ‘thinking’ members of our population. And this just goes on to say, that if there is one thing as skewed as freedom of speech in India Today, it is the concept of feminism and the understanding of it in our population. While 90% of the country does not care about it, 9% of the remaining have gotten it wrong while the ones who do understand it in its true sense are too less and feeble to make an impact. And most of the stuff being written about Badri or most people who havent liked the film belong to this 9% pie. Here, I am attempting to be in the remaining 1%. Or not.

First things first, Badrinath Ki Dulhania has an extremely affable set of characters which provide enough comic relief across the whole run time of 135 minutes, so much so that, I found myself gasping for breath due to laughter on at least four junctures. This could also be attributed to the personal connect I established with the milieu of Uttar Pradesh which forms the playground of the film, something which Writer-Director Khaitan efficiently embellishes with his superb dialogues. But it would be a shame to call the film boring or lacking on any window of mainstream entertainment. The story is simple, run-of-the-mill and yes, it is all about marriage because that is what this country is quite about. Too bad if you are a free-thinking evolved liberal whose life or family does not deem marriage as important as it is in the majority of households of India. If you propagate freedom of expression, you would understand that it is totally a rightful choice to make a film that is all about marriage and remains true to the larger mindsets of people in Jhansi and Kota, where the film is based. 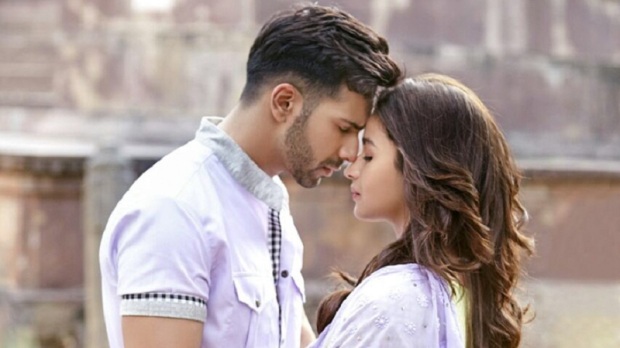 Now, lets address the elephant in the room. Earlier, I had mentioned that Badri is a little more worthy than Humpty. This is so because it looks to tackle important issues and themes, it looks to be progressive, it talks about deep-seeded patriarchy, dowry, the want for the male child and the right of a woman to her career – albeit mirroring all of it to us with a rare lightness and punching humor. A renowned critic in his review of the film, says about the Director – “He wants to be seen as progressive, but he also has an eye on popcorn sales” – How else does one make a socially relevant film in the mainstream space? That aside, here are a few problems most of the above mentioned people are having with the film –

So much of talk around a fluffy entertainer that dared to step out of its zone and get a little real. To be honest, out of the five mentioned above, I only see one as a serious problem. Okay, one and a half to be fair. Badri does not promote stalking, it shows how lovers in small towns are even today. I hail from a Tier 2 city and I have seen how love stories bloom out of what the urban crowd calls stalking. When Badri hunts down Vaidehi to Singapore and kidnaps her, it is a horrible act but he is only channeling his father’s teachings to him and staying true to his character. The act is condemned and treated like that by Shashank Khaitan, without glorifying it one bit.

Vaidehi puts up with it and all his other drunk tantrums because she loves him, but both of them dont respect each other even one bit, and she says it out aloud in one scene. She runs away from marriage not because she did not love him, but because she could not trust another man if he would come in between her dreams and her. Even in her past relationship, more than love that betrayed her, it was the trust of a man who promised her dream to her. And just like in real life, people do stupid things. Why then cant we accept our characters to stupidly fall in love again even after being bitten by it once? Except that this time she chooses to fulfill her dream on her own and not with a man around. This does not mean that her love and concern for Badri evaporated and she would turn hostile when he shows up in Singapore and brings the house down. Lastly, in the climax, Badri stands up to his bully of a father and tells him that he will marry Vaidehi and will live with her in Singapore. Vaidehi shows up at this point in Jhansi because it was her who ran away from the marriage and it only makes for good sense that she must come back for love. What else would the feminists want? That she stays back in Singapore no matter what and keeps a grouse in her heart forever, an unrequited love that feminism sabotaged? 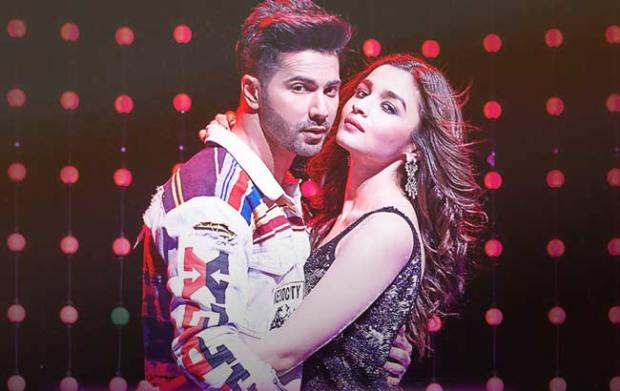 Coming over to the one and a half points that I do feel there is a problem with. Firstly, Badri’s molestation sequence which left the whole theater in splits. With free speech, one can poke fun at everything, but in a country as sensitive as India which does not even acknowledge homosexuality or rapes against men, this was a little irreverent and did not help the otherwise progressive tonality of the film. I laughed then too, but now I cringe to think about it. Secondly, even though it comes across as a small afterthought, Khaitan should not have shown Vaidehi returning to Jhansi even after two years. It would have hit the bull’s eye with the point he was trying to make. But then these are characters and why should we decide what they do with their lives? In no way does it quash the motto of the film, but it could have reinforced the motto itself had it been played out differently.

In its true sense, Badrinath Ki Dulhania is more about a small town boy who believes that he is entitled to love, just by his birth, and comes to realize that love is something you earn if you are fortunate, and it primarily comes from respect for your partner and her choices. It is not so much a feminist film as it is being made out to be to wave a red flag at. While pioneering for freedom of speech, we forget that people who make choices that do not concur with ours also have their share of freedom. While fighting for feminism, we forget that it does not mean that one should look only at the woman’s point of view, it speaks of an equality between women and men. The film does quash dowry in its own subverted way when Badri arranges for the dowry of Vaidehi’s sister through his father’s pockets and the want for a male child subsides as Badri outgrows his own evils.

Shashank Khaitan has done well for most of it, and this is the reason the film is connecting with a pan audience and getting the numbers it is. One may consider this a biased opinion post, as Khaitan and a lot of other crew members of the film hail from my alma mater, but then so be it. I would stand on rooftops and tell everyone to watch the film because it is immensely entertaining and makes half a point, not for any other reasons.