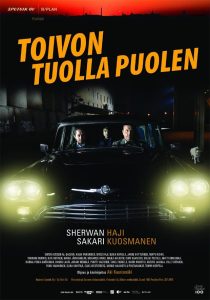 Celebrated Finnish writer-director Aki Kausimaki’s latest film is The Other Side of Hope (Finnish title-Toivon tuolla puolen) which recently won the Best Director Award at the 67th Berlin International Film Festival. The film in Finnish and partly in English talks of a poker-playing restaurateur and former traveling salesman befriends a group of refugees newly arrived to Finland.

The film went on to get a domestic theatrical release on 3rd February this year. Check out the trailer now-