It’s all Ram Gopal Varma’s fault. Till he showed up with Satya, Company etc, we were so used to the trope of the gangster being a modern day Robin Hood, a leader of the community, a do-gooder on the wrong path etc, that when we were exposed to what gangsters really are, ordinary men and women with a gun, who let their ego come in the way of reason, flawed human beings who may be larger than life for a few fleeting moments, but end up the victim of either the system, or their own hubris.

Therefore, when the promos of Raees started airing, it was hard to place the movie, was it an anachronism, a throwback to the days of Deewar, or considering it was being directed by Rahul Dholakia, the man behind the heart-rending Parzania, and the rather watchable, if slightly uneven Lamhaa, would it be a hard hitting tale of a gangster who made his own rules in an authoritarian state, providing the citizens with much needed succour in the form of smuggled booze till he met his reckoning in the system?

Raees (Shahrukh Khan) is the son of a widowed scrap collector (Sheeba Chaddha) who even as a child is aware of the fact that he needs to rise above his rather limited circumstances. As fate would have it, he ends up catching the eye of a local bootlegger Jayaraj (Atul Kulkarni), and becomes one of his most faithful underlings. But ambition pricks at him, and he slowly rises through the ranks, parting ways with his mentor, and becomes the undisputed liquor king of Gujarat, flanked by his loyal friend and lieutenant Sadiq (Mohd Zeeshan Ayyub), devoted love and wife Arsiya (Mahira Khan), under the patronage of a Bombay crime-lord, Moosa (Narendra Jha). But in the process, he catches the eye of a zealously honest cop, Majumudar (Nawazuddin Siddiqui), and so begins the game of cat and mouse.

First things first, there seems to be this recurring tendency in Bollywood, where a movie starts off with a bang, and keeps you absorbed right till the interval, but then just goes downhill in the 2nd half, due to absolutely lazy writing, and it’s absolutely tragic that Raees follows the same path. Considering the fact that Raees has 4 writers might lead one to believe in that moldy old adage about too many cooks. Rahul Dholakia manages to keep the audience occupied, but fails to absorb the viewer into the milieu of 80s Gujarat, the way Anurag Kashyap did with Gangs of Wasseypur and Bihar, or even RGV with the Mumbai of the 90s, and that proves to be the movie’s biggest failing, as it ends up coming across as yet another generic gangster movie with a few absorbing moments. 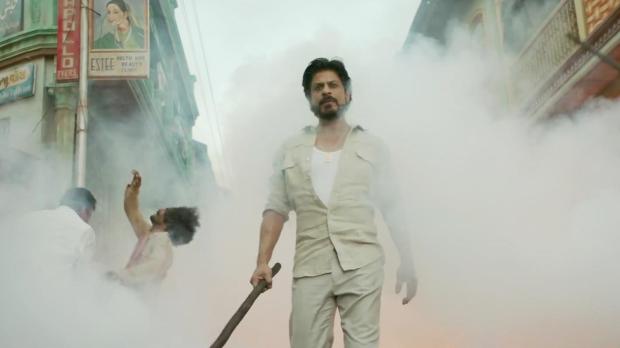 Like SRK claimed in an interview, he does look bloody good in a Pathani suit, but that’s about it, as the kohl laden eyes, the glasses and the extra swagger in his step don’t quite take away from the fact that we are seeing Shahrukh Khan on screen and not Raees. The charisma, the dimpled smiles, the intensity, yes they may salvage parts of the film, but it also makes you wish that he’d played an out and out grey character, rather than a character with grey shades that ends up with a pathetic attempt at whitewashing towards the end.

The rest of the cast do their job extremely well, Nawazuddin Siddiqui putting in yet another brilliant turn as the honest to a fault policeman, who refuses to turn cynical in spite of bearing witness to the rot in the system. Mahira Khan makes a fine debut, and absolutely lights up the screen in spite of an underwritten role. It is however extremely frustrating to see genuine talents like Narendra Jha (who is also in the other big release of the week), Mohammed Zeeshan Ayyub, Sheeba Chaddha and Loveleen Mishra wasted in such inconsequential roles with almost nothing to do except stay true to stereotypes.

For the average Shahrukh Khan fan, Raees achieves what it set out to be, a homage to the secular appeal of its star, but for a more discerning viewer, it ends up being so average, it’s almost boring.