Every year during this time of year, we have our own tamasha for Oscars. We are more excited for Oscars than probably say Harvey Weinstein.

How we select a film as official entry for the Best Foreign Language Film categroy is still a mystery to most Indians. How FFI nominates members is a bigger mystery than the big bang theory. Thanks to the influx of social media, now we have an opinion on which film we should send to Oscars. Sadly it does not depend upon on the person’s own choice, but it depends on what this person thinks that the Goras will like.

Isn’t it time to stop looking for validation from the west (Read America)? I feel that Berlin, Venice or Cannes represent world cinema much better than Oscars. Reducing world cinema to just 5 films, isn’t it a travesty? Do Oscars represent the best of world cinema, heck no.

When Oscars TRP has been plummeting, when there is no inclusion of so many talents from among the different races seen within the American entertainment industry itself, do you think they really care about rest of the world cinema?

For starters do you think that these Goras would have enjoyed or understood Pyaasa, the lyrical beauty of the film?  The answer is a big no.

Let me elaborate my point further, let us look at the top 3 nations which have won Oscars in Foreign Film Category. Italy has won 14 Oscars, France 12 and Spain 4. The answer is crystal clear, Academy members, the majority who are whites are closer to European culture and narrative than they are to the rest of the world. This was more evident last year when they choose Son of Saul over the beautiful and much more politically relevant Mustang.

Let us look at the number of films which have been nominated with Holocaust background, a grand total of 25, how many of them have won? A whopping 21 has won Oscar. A total of six documentaries related to Holocaust has won Oscars. It is natural to see a pattern which tends to emerge. 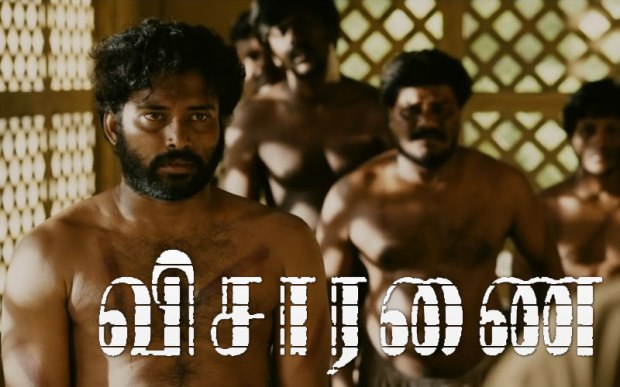 On the other hand, let us look at the films which India sent which had partition as its theme. Garam Hawa, Hey Ram and Earth, none of which secured a nomination. These people were up close and have experienced holocaust and world wars, hence the affinity for such films, while they have not witnessed the horrors of our partition.

Let us look at musical films like Hum Aapke Hai Kaun, or Dilwale Dulhania Le Jayenge, it would be foolish of us to accept that they would accept song and dance format so easily and understand our culture, for most foreigners DDLJ’s Simran would be a weak woman who cannot stand up for herself.

Do we need Americans to validate the greatness of Kamal Hassan, Mohanlal, Mrinal Sen, Ritwik Ghatak or Amitabh Bachchan to name a few of our talent? I do not think so.

Now there are some people who are saying that we should have chosen Thithi over Visaaranai, as Thithi would connect to them more easily, which means in other words that in terms of narrative Thithi perhaps leans more leaned western or European narrative style, unlike Visaaranai.

I think it is high time we stop pandering to Goras and their taste. We as Indians have developed taste for American cinema and world cinema, so why can’t they develop the taste of our cinema. If they can’t it does not matter.

We should stop taking this Oscar bait and continue to tell our tales in our own way.