The Jio MAMI Mumbai Film Festival with Star gears up to open its 18th edition with Konkona Sensharma’s directorial debut film, A Death in the Gunj. The opening film will be screened on 21st October, 2016. The film has garnered critical acclaim internationally and has recently been screened at the 41st Toronto Film Festival.

A Death in the Gunj marks a double debut for Konkona Sensharma – as director and screenplay writer. Shot at various locations in McCluskiegunj, Jharkhand, the film is a coming-of-age story, set in the 1970s. The film revolves around a family vacation and is based on true events which are meticulously captured by Sensharma. The film is said to have been wrapped up in six weeks in March 2016.

Konkona Sensharma said,” I’m truly excited and honored that ADITG will be the opening film at MAMI! It is the city of my work and where the film was conceived and prepped and I’m really looking forward to the people of my city watching it!”

Anupama Chopra, Festival Director, Jio MAMI with Star said, “Last year, we opened with Hansal Mehta’s powerful Aligarh and we are delighted that A Death in the Gunj, another Indian film will be opening for the festival this year. It is a perfect film to unfold the incredible line-up we’ve assembled for our delegates.”

The film sees prominent actor Vikrant Massey in the lead alongside eminent actors like Kalki Koechlin, Tillotama Shome, Gulshan Devaiah, Ranvir Shorey and yesteryear legends, Om Puri and Tanuja. Director Abhishek Chaubey who has given us cutting-edge films like Udta Punjab debuts as a producer in partnership with Honey Trehan under the banner of MacGuffin Pictures.

Abhishek Chaubey, Producer (MacGuffin Pictures) said, “We had barely started celebrating the calls from Toronto and Busan when we received the best news of all! To be the opening film at MAMI is a singular honour. Nothing beats playing for a home crowd!” 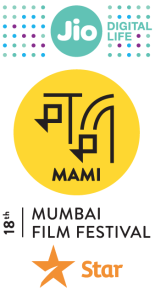 A Death in the Gunj revolves around Shutu (Massey) and his conflicted ideas of masculinity. He finds himself navigating the blurred lines of what is accepted in society and questions his own space within the world. The everyday callousness of the adults around him contributes to his intense feelings of isolation despite being surrounded by his family. The emotional violence that we as a society inflict upon others unwittingly is what cumulatively leads to a kind of destruction that is irrevocable.

Ashish Bhatnagar, Producer (Studioz iDrream) said, “I am over the moon that this new film, produced nearly after a 7-year break, has a fabulous start at Toronto with its world premiere on September 9th and now with this special honor at MAMI. I along with my partners Vijay Kumar Swami and creative partner Raagii feels humbled and satisfied that all the years of hard work to return to cinema has finally paid off with a bang.”