Stories are more than just entertainment – they are a reflection of the cultures they come from,they can impact and alter the very way societies operate.It is to showcase the power these new-age stories through a video-based format that SonyLIV, the complete digital entertainment platform with content for audiences across genres,has partnered with acclaimed storyteller and director Vikram Bhatt for its latest offering, ‘Once Upon A Time with Vikram Bhatt’. Scheduled to go live on September 8, the 104-part web series will seevVikram Bhatt narrate some of his most popular self-written short stories on camera. Through this initiative, Vikram Bhattvwill be able to create relevant short-format content and strike the right chord with the millennials. 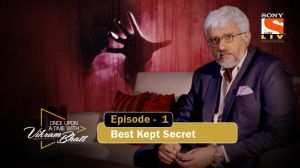 Vikram Bhatt is an Indian film director and producer with movies likevGhulam, Raaz, 1920 and latest up-coming movie Raaz Reboot to his credit. He introduced the concept of stereoscopic 3D in India in 2011 with one of his movies, Haunted – 3D, which also set the record for the highest grossing Hindi horror film of all time. He has alsobeen involved in scriptwriting, having written the script for the hit horror movie, 1920: Evil Returns, and other critically-acclaimed movies such as the Hate Story series.

SonyLIV’s ‘Once Upon A Time with Vikram Bhatt’ will curate and present the best of these short stories over 104 episodes which will be an ongoing property on SonyLIVand will be released on SonyLIV’s web and mobile platforms every Monday and Thursday.

“We, at SonyLIV, have always endeavoured to curate and present the best and most relevant video entertainment options for our diverse viewer base. The launch of ‘Once Upon A Time with Vikram Bhatt’ underlines this approach. With Vikram’s stories gaining major traction on social media platforms owing to their novelty and relevance, we decided to present them in a video-based format in order to add to the entertainment options available to our viewers as well as introduce a new form of storytelling to the new age millennial audiences. We are confident that SonyLIV users across the country will appreciate the addition, and will enjoy these moving, thought-provoking stories being narrated by Vikram himself.”

“SonyLIV has emerged as one of the most popular and powerful platforms for media consumption for a large number of young, tech-savvy audiences. Besides the flexibility and intimacy in viewing that the digital destination offers, it has also become a robust hub for alternative, engaging and socially-eloquent entertainment. I’m pleased to take my stories, which have so far been a medium of personal expression, to a larger viewer base with SonyLIV.”  It has given me immense freedom to tell my new age and contemporary stories to a larger set of audiences.” 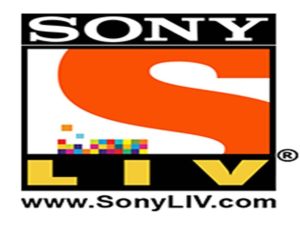 SonyLIV is the first premium Video on demand (VOD) service by Sony Pictures Networks’ (SPN) providing multi-screen engagement to users on all devices. Launched in January 2013, it enables users to discover 20 years of rich content from the network channels of Sony Pictures Networks’ Pvt. Ltd. It also provides a rich array of movies, strong line-up of events across all sports, shows, and music.

With 24 million app downloads so far, LIV is the first amongst its competition to provide original exclusive premium content.

As a true pioneer in its space, SonyLIV launched India’s first-ever original show exclusively for the online platform last year. With #LoveBytes, it became the country’s first digital video-on-demand (VOD) platform to introduce an innovation of this nature.

Sony Pictures Networks India is in its 21st year in India.