Crowdfunding has to be one of the most interesting development in the film financing world. It helps aspiring filmmakers to not only tap funds from all over the world, but also helps bypassing the usual route of approaching producers who are rarely adventurous in backing projects and prefer the tried and tested formulaic films. It also gives the filmmakers creative independence.

This recent development has meant that we have websites like Wishberry that have been specifically set up to cater to crowd funding. These portals act as a host for these projects and help the filmmaker reach out to people who might be interested in funding his/her project. The recent celebrated stop-motion film Anomalisa by the highly acclaimed director Charlie Kaufman also chose the crowdfunded route to make the film the way it was originally conceived without any interference. Closer home we have films like ‘I Am’ that have been success stories of crowdfunding. 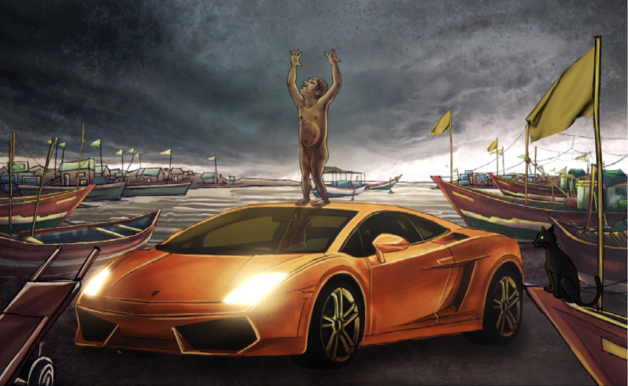 Yatharth is a short film that has also chosen to take the crowdfunded path on Wishberry. It is a story of a father who is gambling through a whirlpool of instincts. The film revolves around a card game leading to circumstances that journey through religion, superstitions and a hint of destiny. Yatharth is an attempt to shed light on that piece of ultimate truth that’s hidden behind fancy layers of the living and non-living, with a man’s desperate progression to achieve a state of accomplishment.

The writer-director Sangram Soni is trained in animation from the National Institute of Design in Ahmedabad. He has consistently written stories for a while now and so has always been interested in telling stories. He has also been an assistant on the acclaimed film Lunchbox. Crowdfunding, he feels, will help him make Yatharth without any compromise on his original vision.

The script of the short is finalized and so has most of the casting. Rajshri Deshpande, who acted in the film Angry Indian Goddesses, will be playing a role in the short film. Girish Kulkarni has also shown interest in acting in the film.

Yatharth has planned to raise Rs. 7 lakhs through the crowdfunding platform Wishberry. Of the total amount, it still needs Rs. 2.6 lakhs to begin production.

You can check out the Showreel of the director here:

You would get rewards specially designed for you if on contributing to the project. So, if you wish to contribute to Yatharth and for further info about the film you can visit the below given link: