The MAMI (Mumbai Academy of Moving Images) organised Mumbai Film Festival is a blessing to the cinephiles of the city. Apart from screening the best of cinema from around the world as well as our country, MAMI undertakes a few initiatives like the Mumbai Young Critics (MYC) that are worth appreciation. Film enthusiasts from the colleges of Mumbai are selected in the MYC Lab on the basis of their writing skills. The idea is to expose young minds to best of cinema from around the world and train them to appreciate and review the films shown. After mentoring sessions and workshops conducted by senior film critics, the students selected for the Lab are given an opportunity to watch the films from the Competition section during the Film Festival and make their judgments on them. The MYC are treated like a jury. The film they judge as the best is even announced an award. 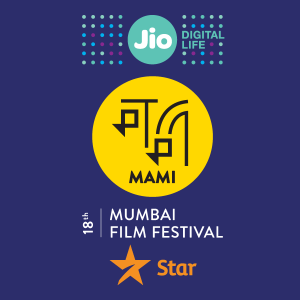 I have been a Mumbai Young Critic myself and can personally vouch for it being an experience that has had a crucial role on shaping me up as a movie buff and a blogger. I have written about the experience in detail here.

Film critic Deepanjana Pal, who is also the managing editor of Newslaundry, conducted the mentoring sessions with the students selected for the Mumbai Young Critics Lab this year. Here is the email interview she was kind enough to have with us on the same:

What do you think about this Lab which is being conducted by MAMI regularly for the last 7-8 years?

It’s a good way to get an introduction to film appreciation and reviewing films.

How did you go about your session of mentoring the young critics? Any specific advise you gave them being a professional film critic yourself?

What you’re asking me to do is to sum up what I said over 14 hours last weekend!

With your experience of conducting such sessions with the Mumbai Young Critics, how aware about cinema do you think these young college students of Mumbai are?

I think there’s a lot of interest, but not necessarily as much exposure. It’s particularly heartbreaking when students don’t know great works of Indian cinema (commercial and non-commercial), simply because the buzz has been about foreign film. Which is not to say foreign film shouldn’t be seen. If you’re interested in cinema, then you should watch cinema from everywhere. But to be ignorant of your own cinematic legacy is just sad. That said, you should have seen how they much they appreciated Charulata, Bhumika and Jaane Bhi Do Yaaron. 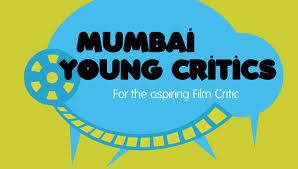 Film criticism or  film journalism as a whole isn’t given the necessary importance in India. Neither is cinema seriously considered as an art form. Do such initiatives, the students who participate in them and a general increase in the popularity of film festivals make you feel optimistic about things changing for the better in the near future?

I don’t think I agree with you entirely. Films are hugely celebrated in India in general, and in Mumbai in particular. That’s why so many supplements are devoted to commercial cinema. That’s why we see the crowds we do when the film festival happens every year. The popularity of films is obvious from the kind of following prominent reviewers and filmmakers have on social media. I do agree with you that criticism isn’t given as much importance as it should, but that said, film criticism enjoys more prominence than literary criticism or art criticism for example. Film festivals are the perfect place to have a criticism lab and yes, I’m sure it will enrich the conversations surrounding cinema in coming years.

Which critics from the past or present do you look up to?