In part 1 of our conversation with popular subtitling expert Rekhs we discussed a variety of topics including her journey into films and subtitling, the process involved, subtitling for songs, challenges involved etc. Here is Part 2, the concluding part of the freewheeling chat with Rekhs.

(You can check out Part 1 of the conversation here) 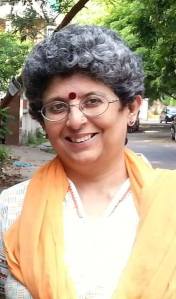 What do you think of the competition in your field?

Well to be honest I do believe that I have a head start over the others in the fray. I have a lead of over 120 odd films compared to the rest of them; hence I’m not worried about competition and feel that there is always space for all of us to co-exist. People like Nandini Karky, Varsha, RJ Devaa etc have all in some way or the other benefited from the work that I initially started. That none of them acknowledge the same is another matter altogether :). Especially when it comes to setting standards of payment I can definitely feel happy that I set the ball rolling. Of course there are not many people who come into the field as they probably do not know how to go about doing it. But I would always welcome new talent who would do the things the right way.
An overseas distributor of repute once said, “Rekhs has no competitors, only imitators”! 🙂

Who are the people with whom you have enjoyed working with? And are there some films in particular that you loved working on as part of the process?

Well while it’s unfair to name just a few people and films it is still mandatory to highlight certain examples of the right kind.  Working on VTV with Gautham Vasudev Menon was a lovely experience. And so was working on films like Endhiran and Nanban where Jayaram, the co-director of Shankar was extremely helpful. I still remember the “Asku Laska” song from Nanban (2012) where we had to put together different interpretations of love in various languages. I tried to place the country and language also during the subtitles and people quite liked it. Similarly working on the “Sara Saara Kaathu” song from Vaagai Sooda Vaa (2011) was an interesting experience as I had to get the rhyme and rhythm right along with the metre. Vijay whose recent films like Puli and Theri I have worked on is someone with whom I connect very well. Right from the time he realized that the Chinese were responding favourably to the subtitles for Kaavalan (2011) during the Shanghai Film Festival, he has been very responsive to subtitles. When it comes to Telugu films Vishnu Manchu has always trusted me and backed me a lot. Of late I enjoyed working on 36 Vayadhinile and Papanasam, 2D Entertainment, the studio behind 36 Vayadhinile made sure that everything was organized while Sitara Suresh the EP of Papanasam is easily one of the most amazing people I have come across in the industry.

It was a pleasure to work in Tharai Thappattai, without last minute changes and the whole process sailed on oiled wheels! In fact as soon as I finished it I told Bala he would get a National award for the film. Ilaiyaraaja sir did get it, though I had expected Varu to get it and was immensely disappointed that she did not end up with one. Similarly working with Prashanth and his in house production house Staar Movies (run by his father Thiagarajan and himself) on Saagasam was a wonderful experience, he seemed to have everything in control.

There are also actors/stars who believe in my subs (besides the big guns like Vijay, Suriya, Jiiva) there are people like Jayaprakash, Sampath, Kishore, Anupama Kumar, Ashok Selvan, Mohan Raman, RJ Ramesh, Lakshmi Priyaa, Ashwin Kakamanu, director Venkat Prabhu and of course Praveen the editor

Besides I should definitely mention Hero Talkies run by brothers Aathi and Pradeep who ask me to subtitle their oldies and goldies.

Do you feel that subtitlists are getting their due recognition because at times they are missed out in the film credits at times and also not mentioned in the publicity material etc.?

Here I would request all film critics/reviewers/bloggers to acknowledge and talk about the subtitling work in a particular film upon watching it. Well having our names represented in the publicity material isn’t even something that I am thinking of, that’s still a long way ahead and we haven’t reached that level yet to ensure the same. As of now since I usually work with API I usually find my name listed in the end credits of the film. There is still a long way to go and I am sure that things will get better with time. But I am happy that now at least there’s a lot of awareness about our work and social media has a lot to contribute towards the same. A popular movie website has initiated an award for subtitling and I hope the Govt takes the cue to include the same for our National awards!

With Kabali being such an anticipated film is there anything interesting and innovative that you have tried out here?

Well first of all we realized that we should not miss out on the hearing impaired as the subtitles go a long way in helping them enjoy the film. So in the film there are some English dialogues as well and generally the custom is to avoid subtitling the English dialogues and do it only for the Indian language dialogues, but here we decided to ensure that the English dialogues are also subtitled. After all only then would the hearing impaired be able to appreciate the complete film. Another interesting thing that has been tried out in the film is to explain a gamut of emotions along with the dialogues. Take for example the way the Rajinikanth laughs at various places in the film, so within parentheses there’s a mention of the kind of laughter it is like a cool chuckle, a scornful smile, amused laughter etc. I would request everyone to look out for all these while watching Kabali with subtitles :).

Difference between scripting and subtitling

Of late a handful of films that came to me fell into this pattern. The A.D or a new recruit in the name of subtitling a film has actually scripted it!

I don’t wish to mention names but subtitling is not a cakewalk. It has its nuances, norms, rules to be followed. I had to point it out and re-do the whole exercise. I was lucky, sheer God’s grace to learn by trial and error with a fantastic head start. So I made in roads with ease. I have the support of my FB and Twitter friends to thank for! 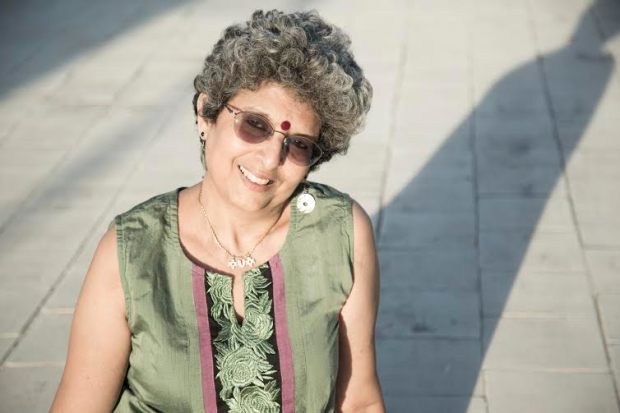 What do you think is necessary to spread awareness of this art?

Subs are used not only for overseas any longer. The world has shrunk and technology has stretched its octopus’s hands! Google play, ITunes, In flights, Singapore / and televisions of many countries, regional, awards, festivals, legal streaming sites, dvds, blurays, phone apps…outlets are endless.

First and foremost the Producer’s Council should arrange a conference or platform to inform /update/ specify deadlines to the entire crew, both directors and producers, for subtitles to be properly implemented. More than 60% of the industry at the moment has either no idea or a vague idea about this department. I am willing to do the needful if only I can have an audience to address it to, so would the overseas distributors. Also more exhibitors and Indians abroad who buy our films should insist on subtitles in time. This will help widen the reach of our films.

My oft repeated quote: We are in no way inferior to Bollywood, we just love our frog in the well avatar!

Who is the one director you would give an arm and a leg to sub for?

I am so glad you asked me this. It can only be the 1 and ONLY MANI RATNAM…mani mani mani!

I have been an ardent fan is an understatement of his films, especially Roja, Mouna Ragam and Agni Natchathiram. All I want to do is sub just 1 film of his and then I don’t mind dying! Serious, I mean it. In fact I met him in his associate Shiva and Vinodhini’s wedding and this is what I told him. He of course flashed his charming ever so endearing smile,fullstop! I am still waiting (im)patiently.

And I would like to meet Rajini sir and give him a book I want him to read because I heard he is a voracious reader. Just 2 ticks on my wish list for now. Hoping my dad whispers this in God’s ears!

What is the cut off date for a film to be locked including RR and sound mix?

If for example a film is releasing on July 22nd, Malaysian censor and Arabic censor will be around the 14th.

We need up to date translation of Arabic with time code and this takes 4 days outside Chennai. For this to happen my English subs draft should be ready. This being the final. So film should NOT be touched after 7th July latest. This in the case of a biggie is cutting it too fine. And I mean single language. Why do we thrive on last minute? Surely we can change?

It was lovely talking to you Rekhs, on behalf of MAM I wish you all the very best for the release and success of Kabali and for many, many more landmark films to come your way.