This year a popular brand is introducing some new categories in their film awards and I thought I might help them with the finalists.

Best lead Actor in a static role: John Abraham for Dishoom- He manages to keep the same expression throughout the movie, a feat which not even accomplished actors like Naseer have been able to do. For this, he has even managed to get a lifetime award nomination competing strongly with Sunil Shetty. Moreover, his abs have started acting better though a similar feat was attempted by his bare bottom earlier. The director had to give him a cigarette throughout the movie to ensure that he didn’t give any unwanted expressions either. END_OF_DOCUMENT_TOKEN_TO_BE_REPLACED

Rohit Dhawan is an interesting name for a Hindi film director. The man obviously gets his surname from his iconic father, David, but it is his first name which lends an aura of interest to this entire name business. Rohit Dhawan seems to be inspired by ‘100 crore’ man Rohit Shetty and his stylized action sequences, and when you mix it with the inherent David Dhawan brand of humor and a bit of more inspiration from Hollywood buddy movies, you have the brand new Dhawan on the block. END_OF_DOCUMENT_TOKEN_TO_BE_REPLACED

In the midst of all the offbeat plots covered by Bollywood in 2016, like Kapoor and Sons, Ki and Ka, Neerja, Udta Punjab etc, there are times when one ends up craving for some old school masala, although lately, it’s only the Khans who’ve managed to keep the genre alive, especially with Salman Khan’s Sultan ending up as a monster hit. So when the trailers of Dishoom showed up, they promised old school masala with a mix of maar dhaad action and some David Dhawan styled humor, but does Dishoom deliver on this promise? END_OF_DOCUMENT_TOKEN_TO_BE_REPLACED 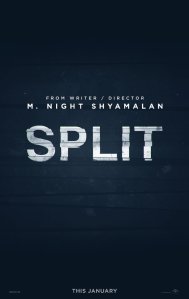 “Book Award for Excellence in Writing on Cinema”

Now Open to both English and Hindi writers

To recognize quality writing on cinema, Jio MAMI Mumbai Film Festival with Star announces the Book Award for Excellence in Writing on Cinema. In the second year of the award it is being opened to Hindi writers as well.  END_OF_DOCUMENT_TOKEN_TO_BE_REPLACED

Like Loading...
Disclaimer- Well, let me tell you very clearly, I am an atheist and hence i can’t call myself a Rajni fan.
Also, I am my own boss, so it won’t be proper if I called somebody else Thalaivar. I love Thalapathi, not because it is a Rajni film, but because it is a Santosh Sivan and Mani Ratnam film. For me, Sivaji – the Boss was satire and Enthiran was surrealistic imaginations of a person who doesn’t know anything about ceiling fans. The point is this is a totally non-serious and vella article without any intent and motivation. I hope the title will be self-sufficient to understand what my intent here is.

END_OF_DOCUMENT_TOKEN_TO_BE_REPLACED

In a scene from Pa.Ranjith’s Kabali we see an ageing gangster attend a graduation ceremony at a rehabilitation centre which is close to his heart. Kabaleeshwaran (Rajinikanth) is recently out of jail after 25 years and is still trying to find out some answers. The students ask him various questions, on his past life-how he became a gangster, how he landed up in jail, about his marriage etc. One of them, Meena (Riythvika) even asks as to how did Kumudhavalli (Radhika Apte) fall in love with a dark looking guy like him and pat comes the reply that it’s all about the power of black colour. Now this seemingly simple dialogue is what makes it fun to watch a Rajini film, the fans love it and even the others will certainly smile on hearing this. Cut to another scene, this time in a 5 star hotel room in Chennai where Kabali and his daughter Yogi (Dhansika) are startled to hear the doorbell ring quite a few times, only to realise that the person at the door is none other than their local support provider. END_OF_DOCUMENT_TOKEN_TO_BE_REPLACED

Of late Marathi cinema seems to have taken a big liking towards remaking films from the South and all kinds of films across genres are being attempted with an idea of striking it big in Marathi as well. For every Classmates (remake of the Malayalam blockbuster Classmates) which is a success there are also films like Vrundavan (remake of the Telugu hit Brindavanam) and Shutter (remake of the critically acclaimed Malayalam movie by the same name) which didn’t really hit the bulls eye. So when I first heard of Samit Kakkad’s attempt at remaking Kaakka Muttai in Marathi, I was a little sceptical to be honest. It wasn’t that I did not believe in Samit’s intentions, but considering that Kaakka Muttai has been one of the best Tamil/Indian films in recent times, winning critical acclaim as well achieving commercial success, repeating the act in Marathi looked difficult to me. A chat with Samit when the first look poster of Half Ticket was unveiled did give me some hope for sure. END_OF_DOCUMENT_TOKEN_TO_BE_REPLACED