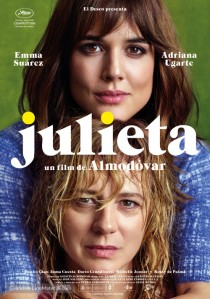 With films such as Volver,The Skin I Live In & the Oscar winning All About My Mother, director Pedro Almodovar has established himself as one of the finest filmmaking talents ever known to international cinema. It would not be an understatement to say that every Almodovar is eagerly awaited by movie buffs and cineastes all over. Similar is the case with his latest feature Julieta.

Julieta is the story of a heartbroken woman (Emma Suarez) who post an incident tries to find the meaning of her life and traces the events pertaining to her estranged daughter (Adriana Ugarte).

In the meanwhile, do have a look at the trailer of the film below and let us know your views on it.