They say that making a film is like reliving one’s dreams in a way, now if your dream manages to reach out to people and leaves an impact on them, it becomes their dream too. Aren’t there many among us who get nostalgic when we think of our days back in school and/or college? And if you are a budding filmmaker isn’t it likely that at some time you have thought of reliving some of those memories in the form of a film that you would probably like to make? Well there are quite a few who think on those lines, some are even lucky enough to turn their dreams into reality on the screen. Vijay Kumar seems to be one such dreamer as well, someone who has patiently taught himself filmmaking the hard way. When it came to finally realizing his dream he has certainly revisited his past in a way, but then his debut film Uriyadi is not a fun and frolic venture and in a way the nostalgia factor doesn’t override the central theme of the film.

Earlier titled “Vidiyum Varai Vinmeengalaavom” (and incidentally the censor certificate retains this), Uriyadi is a smashing debut film for writer-director Vijay Kumar, a film that most people would aspire to do but very few actually end up doing so. The film takes us back in time when probably life was a little more simpler, when college students on the verge of graduation were still a little clueless in terms of their future, when small town big shots appeared to be dabbling in multiple activities, including politics, and with people not hesitating to lay their political ambitions on the foundation of caste based issues. Wait, don’t you feel that all of this does happen even today and that it doesn’t by any ways appear to be a thing of the past? It is indeed something that was relevant back in the 90’s and is still relevant even today, some things just don’t change right?

Uriyadi is a tale set in 1999 and based around an Engineering college close to the highway near a small town. The central characters are 4 friends, all of them in their final year of engineering and probably belonging to small towns who are now happy whiling their time and partying whenever they get an opportunity. Kumar Dhaba near the highway is their regular haunt, a place where they like to unwind and one night when a lower caste old man is denied entry over there, they stand for him and make sure that he is not victimised. What could have led to a caste based clash between the boys and the dhaba staff is averted by Kumar (Mime Gopi), the dhaba owner and an aspiring politician. On a parallel note there’s a track of a couple of part time engineering students and their run ins with the other 4 guys. To add to the drama there’s a caste based outfit which wants to have a statue of one of their deceased leaders erected. How do all these tracks converge and what happens from thereon is what we get to see from the rest of the film.

To start with I must say that Vijay Kumar and his team have got it completely right with the choice of locations. The engineering college and the hostel with the right kind of amenities and yet not looking hep and happening, setting up the action close to a highway and thus avoiding exposure to the actual town (and thus eliminating the need of heavy VFX for masking the contemporary elements) and the vast open spaces give the film the right kind of atmosphere. This could have easily gone the commercial route if the romance element was given more prominence, a couple of mass friendly song including an item number were added and maybe some comedy in the second half as well. But all these are elements which would have weakened the film and made it lose impact, kudos to Vijay Kumar for standing by his conviction and making sure that the film steers clear of all commercial compulsions.

The romance here in Uriyadi doesn’t look forced and is shown in an interesting fashion. Also if you notice the romantic angle between Lenin Vijay (Vijay Kumar) and the girl whom he likes (Henna Bella) does actually impact the overall plot and hence very essential. In fact Vijay Kumar makes sure that even small nuances are handled with care and nothing as far as possible sticks out like a sore thumb. So be it a furnace in the metallurgy lab or the presence of a  transgender, the writing ensures that these elements are made use of effectively in the plot with a re-entry if needed. The machinations of a small yet significant caste based outfit and their hunger for power is very clearly shown in the film. Kumar knows that numerically the votes that belong to people of his caste can lead to a situation of getting to negotiate with the bigger parties later on, all the more if they go on to win the local election themselves.

Characterisation is another key strength of the film, Lenin Vijay and his friends are totally carefree and when questioned by their principal on what they want to do after graduation, all they say is “jolly-a irukkanam”. On the other hand the part time engineering student Ramanathan (Suruli) is shown as someone who doesn’t care for his father’s profitable liquor trade (he even sells spurious liquor boldly), preferring instead the company of drugs and prostitutes in the lodge owned by his father. Kumar on the other hand is a cold and calculated individual who wouldn’t even mind opposing his own mentor, the senior leader of the political outfit. All these characters are very different, thus making the proceedings interesting. At times you are reminded of Subramaniapuram, imagine something that’s more raw, realistic and devoid of certain luxuries that a better budget can provide and you get Uriyadi. At times you may even forget that you are watching a movie, that’s how powerful the narrative is.

The film doesn’t shy away from depicting violence and does it in wonderful style but that’s also because the plot makes it essential. The action sequences are a delight to watch and they have been conceived and executed by Lucky. The interval block and the action sequence around the same gives an adrenaline rush, none of the 4 boys are shown as superheroes and there is nothing awkward in the way they fight. More than a day since I saw the film the action sequences are still lingering on in my mind, that’s the kind of impact that they carry. Having said that let me admit that the film is extremely raw and not apologetic about it even when it comes to the violence. It has been rightfully given an A certificate and thus isn’t something relevant for the faint hearted. The BGM by Vijay Kumar (fascinating to see the kind of commitment and dedication from his end) and the songs by Masala Coffee work in tandem, giving the film the right kind of momentum as and when needed. 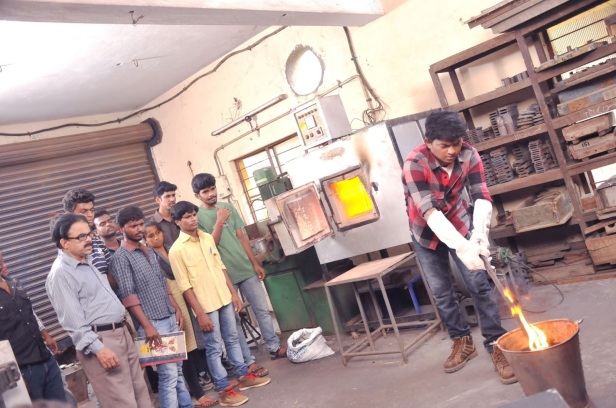 Paul Livingstone‘s cinematography is first rate, especially while handling the action sequences. Abhinav Sunder Nayak‘s editing is top notch, definitely one of the highlights of the film. The film moves at a wonderful pace and the interval block hits you on a high and makes you ask for more. Fortunately the film doesn’t fall prey to the second half syndrome and thus is a pleasure to watch all the way. Without using gimmicks Vijay Kumar transports us to 1999, an era when Simran was at her peak, when Rahmania had already set in and liquor trade in the state was still under private control. The performances are all earnest and worthy of the characters they portray, Suruli plays Ramanathan with conviction while Mime Gopi makes wonderful use of the meaty role given to him. The 4 boys played by Vijay Kumar, Chandru, Jeyakanth and Sivaperumal are all good and Vijay Kumar and Sivaperumal in particular get noticed.

As the film ends irrespective of whether you agree with the way it culminates or not there’s no way that the film can leave you cold and disinterested. While this is a fine debut by Vijay Kumar as a writer-director, even otherwise Uriyadi comes across as a good example of the spirit of indie filmmaking. A film like this partially succeeds with its making, but eventually it can only reach its objective if it receives encouragement from those who matter, namely the audience. If you are fond of hard hitting films and consider yourself to be a discerning viewer, do yourself a favour and go watch Uriyadi. My gut feel says that you won’t be disappointed. I am quite curious as to what Vijay Kumar goes on to do next, after all the base has been already set high enough by Uriyadi.

Note: Uriyadi is playing English subtitles in select screens in Mumbai (including Thane), Bhopal and Delhi/NCR apart from Tamil Nadu. It is expected to reach out to Bangalore and Kerala very shortly.